It was ten years ago

The wall was in a French bakery that provided “banettes” to restaurants and hotels, yet close enough to its neighborhood to allow the local school children to exhibit their art work on that wall.

As it happened I had just moved in an apartment with a balcony looking over four lush rear yards, countless balconies with umbrellas, cloth lines, seats and tables, bikes, flower pots, etc. … all potential subjects for colored paper collages.

The idea of putting up collages on that wall grew until I approached the owner’s wife with the idea of putting a temporary exhibition of collages in the shape of an arch on the upper part of the wall where the children’s art was exhibited … she agreed and we named it “The Rainbow Show”! 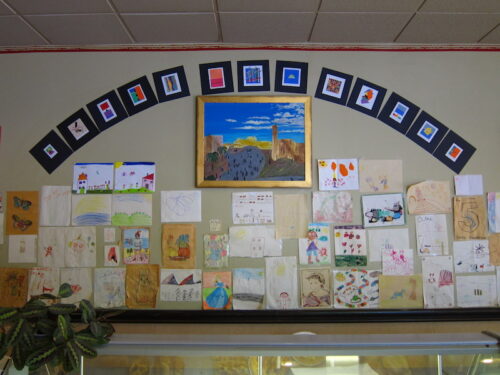 That was the title of the show from which I have selected a few collages, combined to others, with their descriptive captions and grouped into three thematic sets as follows:

Collage compositions based on the classic rainbow colours

not a shower curtain 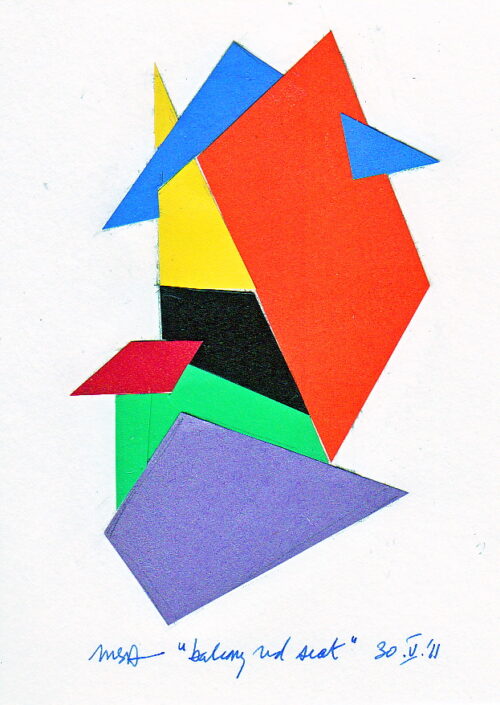 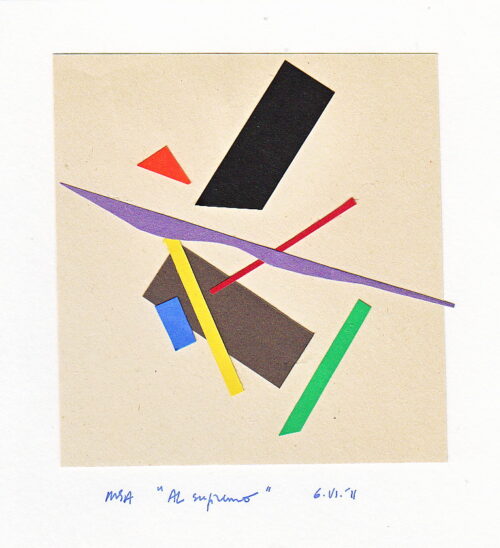 Collage compositions inspired by the style of known painters

In the style of Paul-Émile Borduas 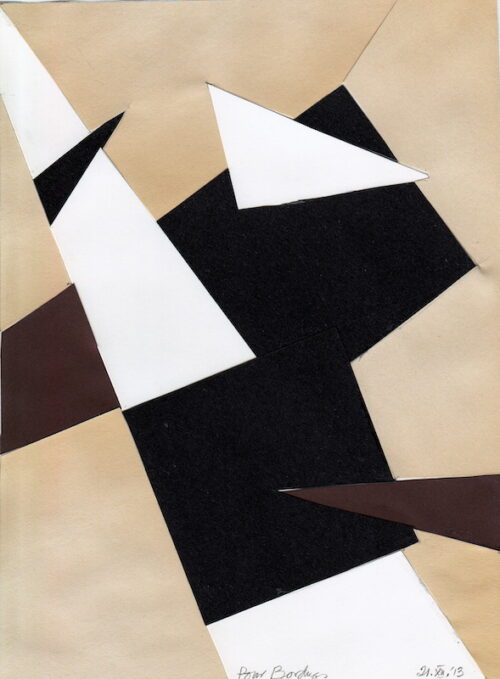 In the style of Pierre Soulages 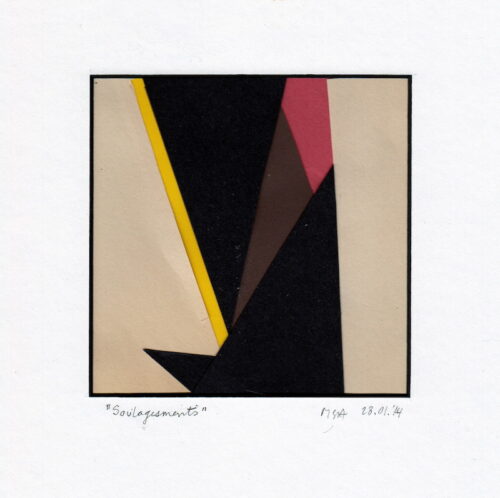 In the style of Tom Wesselman 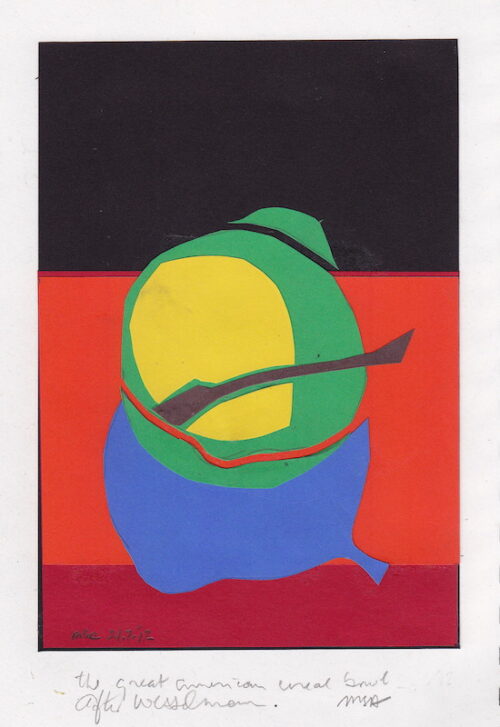 I the blue square 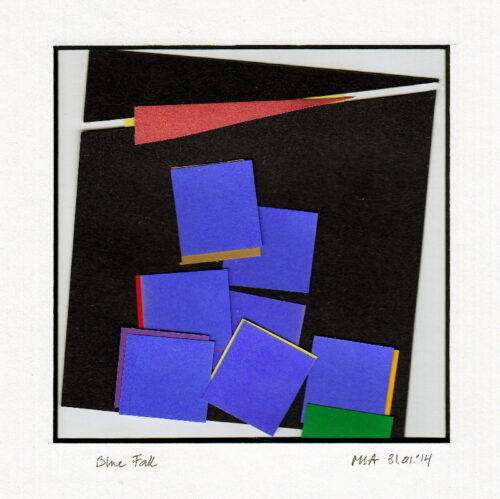 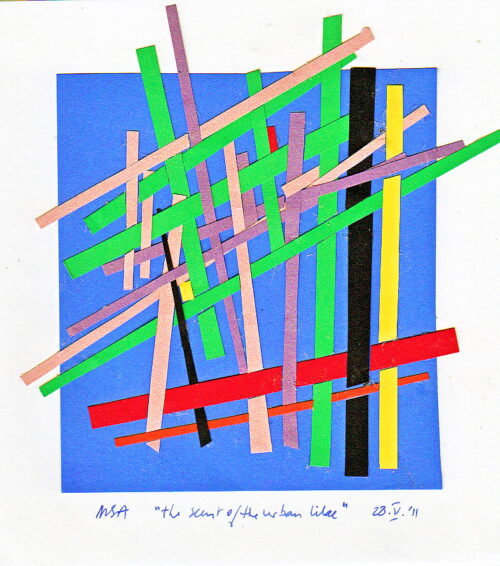 The scent of urban lilac

That was ten years ago; produced well before my two previous Cultural Daily posts dealing with collages: the “wizardy of odds” and “imagining out of chance association”.

This post seems, when compared to them, to be more visually fancyful and spontaneous, as if using the rainbow colours gave them a playful creative freshness the most recent posts could not muster, in spite of their own studied qualities.

Credit all collages to Maurice Amiel

1
Tags:
Previous Article
Alan Marcia: “Everyone Has a Purpose”
Next Article
Review: A Quilt for David by Steven Reigns