A History of Asian Americans

Asian Pacific Americans (or, “APIs”) began immigrating to the US in large numbers since the mid-1800s. Prior to the arrival of the first wave of Chinese Americans, enslaved or indentured Filipinos and Indians were brought to North American Spanish territories beginning in the 1500s by the Manila-Acapulco galleons. By the late 1700s, members of these groups (deserters and their descendants) established independent communities in Louisiana. APIs have a deeply-rooted history in America, though are perennially regarded as (quoting Ronald Takaki) “strangers from a different shore.”

Immigrants, however, are defined by agency and choice, falling into four categories: laborers, entrepreneurs, professionals, and political refugees. Today, with the exception of Japanese Americans and Hawaiians, over half of all APIs are immigrants. According to census estimates just prior to 2020, APIs number over 20 million, comprising nearly 6% of the total US population, the fastest-growing immigrant communities. According to the Pew Research Center, from 2000 to 2015, their total populations grew by 72%.

Before the 1965 Immigration Act, U.S. immigration policies had been exclusionary and racially biased. Decades prior, APIs were mostly comprised of five major groups: Chinese, Japanese, Korean, Indian, and Filipino Americans. With drastic policy changes, coupled with the aftermath of the Vietnam War (plus the Laotian and Cambodian genocides), API communities grew exponentially, comprised today of dozens of ethnic groups within these categories: East Asians, South Asians, Southeast Asians, and Pacific Islanders.

What collectively defines “Asian America” is not a matter of cultural or geographic origins, but common social and historical experiences in the US. Unfortunately, those common experiences involve decades of racism and xenophobia. Despite their deep roots, APIs are relegated to the “forever foreign” stereotype, consequently marginalized, targeted by hostility and violence.

Two of the most enduring stereotypes of APIs in popular culture include the “yellow peril” and “the model minority.” The former ideal arose during World War II primarily out of fear of Japanese invasion, persisting thereon as other Asian countries arose as communist opponents in China, Korea, and Southeast Asia. The “model minority” stereotype, in contrast, emerged in the 1960s through the 80s, first applied to post-war Japanese American “success”: the idea that even though Asians dealt with historic racism like violence and internment camps, they were patriots (many serving in the armed forces) driven to attain higher education and family income rates compared to other racial minorities. Asian Americans have long been regarded dichotomously as foreign threats or law-abiding citizens. The “model minority” has also been attributed to the significant numbers of Asian Americans who “succeed” and are well-represented in the fields of science, medicine, and health care. In major American cities, APIs are quite visible as scientists, doctors, nurses, and therapists.

Racial prejudice yields little regard for diversity, “lumping” APIs into stereotypes. Anti-Asian sentiments have been inflicted upon APIs who, regardless of ethnic identity, look like the “foreign enemy” of any given time. In Detroit, 1982, Vincent Chin, a Chinese American, was murdered because he was mistaken as Japanese by a disenfranchised auto worker. In 1999, Joseph Ileto, a Filipino American postal worker in Granada Hills, California, was murdered by a white supremacist who later told FBI agents that Ileto was targeted because he was a federal worker who looked “Asian or Hispanic”. In the years after September 11, 2001, hate crime rates against Arab Americans and South Asian Americans – anyone who looked like a “terrorist” – increased hundreds of times over. 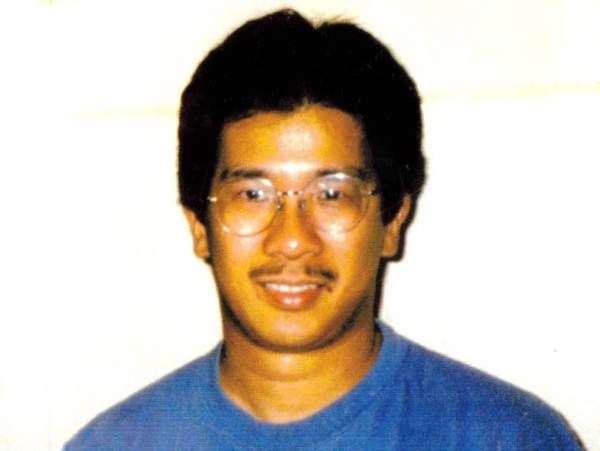 Thus, the “forever foreign” stereotype persisted into the twenty-first century, again flaring amidst the coronavirus disease outbreak of 2019 (COVID-19). With most media  attributing the Chinese city of Wuhan as the pandemic’s source, and with the referring to the virus by president Donald Trump and other elected officials as a “Chinese virus” (or, “kung flu”), instances of vandalism and assault against APIs, regardless of their ethnicity or citizenship, have increased exponentially into the year 2020. Like COVID-19 itself, anti-Asian sentiment has a global reach, not just permutating in the US.

Since 1965, substantial waves of Asian immigrants were comprised of professionals specialized in science and medicine; in the state of California, an estimated 20 percent of hospital nurses are Filipino American. Though APIs bear the brunt of hatred and xenophobia amidst the C-19 pandemic, they are quite visibly represented as what the media calls “frontliners”: workers in health care and service who are at constant risk of viral infection. While people who “look Chinese” are eyed with fear for wearing (government ordered) face masks, while many are victims of vandalism and assault, APIs of multiple ethnicities risk their lives for others. As of May 2020, there is no indication that a coronavirus vaccine, let alone a functional, available testing system, will emerge soon; likewise, anti-Asian sentiments will persist in the following months.

Legally speaking, hate crimes include both physical and verbal assault as well as property damage; from December 2019 to May 2020, hate crimes against Asian Americans numbered in the thousands. Again, the “yellow peril” – the idea that a “Chinese virus” enabled by “bat-eating” foreigners – is displaced upon Asian Americans who, in turn, embody the “model minority” role: they endure racism while risking their lives in service of others. In a kind of dramatic irony, the lives of anti-Asian racists in need of health care or public services are inevitably saved by the very “foreigners” they tell to “go back to where [they] came from”.

Nonetheless, it must be noted that API’s are not just mere “victims”. Throughout time they have proven their resilience and empowerment. They are agents of their identities and histories, displaying unquestionable courage and loyalty to the benefit of all. As surely as anti-Asian sentiments rise against them, API community groups and activists react with immediate (nonviolent) action and, in doing so, reinforce the ecumenical vision upon which America was founded. From centuries past till the present day, Asian Americans embody the meaning of society itself: everyone has a place, everyone has a role, and everyone is entitled to their due and proper share of the American dream.

Textbooks on API Immigration and Settlement

*Although I don’t encourage students to use Wikipedia as a direct source (but know they’ll inevitably turn to it first), I advise them to use it as a gateway to established published sources. In other words (so I advise), read the main entry, note the major points, then scroll down toward the references list where one can find links to published academic or news journal sources.

Allan G. Aquino - Chicago-born and LA-raised, proudly - is a poet and professor of Asian American Studies at Cal State, Northridge. He has been writing prolifically since 1992, echoing the vintage lyricism of his Filipino American forebears. His poems represent an emotional substance defying a culture that emasculates and dehumanizes Asian/Pacific men. "Evoke a speechless kiss," he believes; and, in the words of maestro NVM Gonzalez: "All you have to is see."

Tags:
Previous Article
I Am Not A Virus
Next Article
eating the gods