I had already attended a virtual press preview of the Academy Museum of Motion Pictures in March, but it was a thrill to actually step in person inside this amazing building conceived as a tribute the history of cinema. 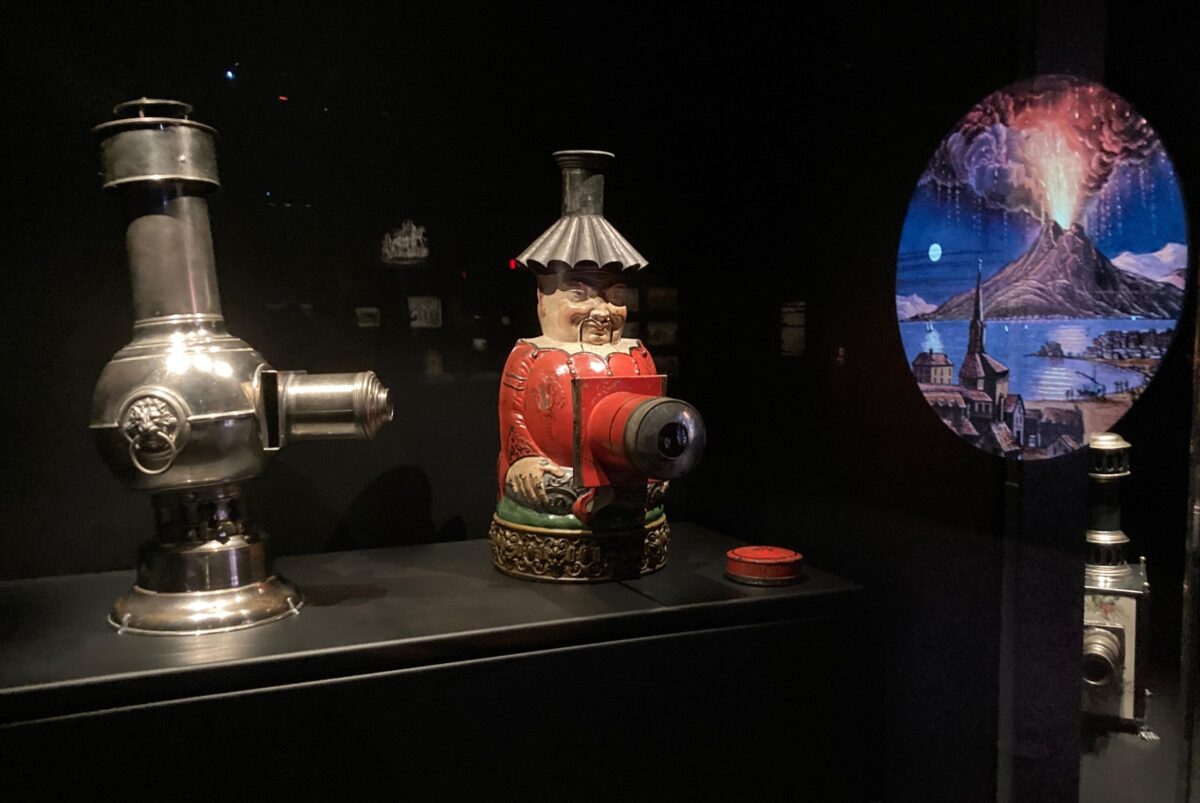 The architect Renzo Piano, with an Italian sense of humor, begged us not to call the giant sphere he designed to house the David Geffen Theater with the nickname Death Star, a Star Wars reference, he preferred to call it a dirigible, a Zeppelin, a spaceship, a flying vessel or even a soap bubble. Tom Hanks used the name Magic Lantern, and I would see many of these 17th century projection machines in The Path to Cinema exhibit. 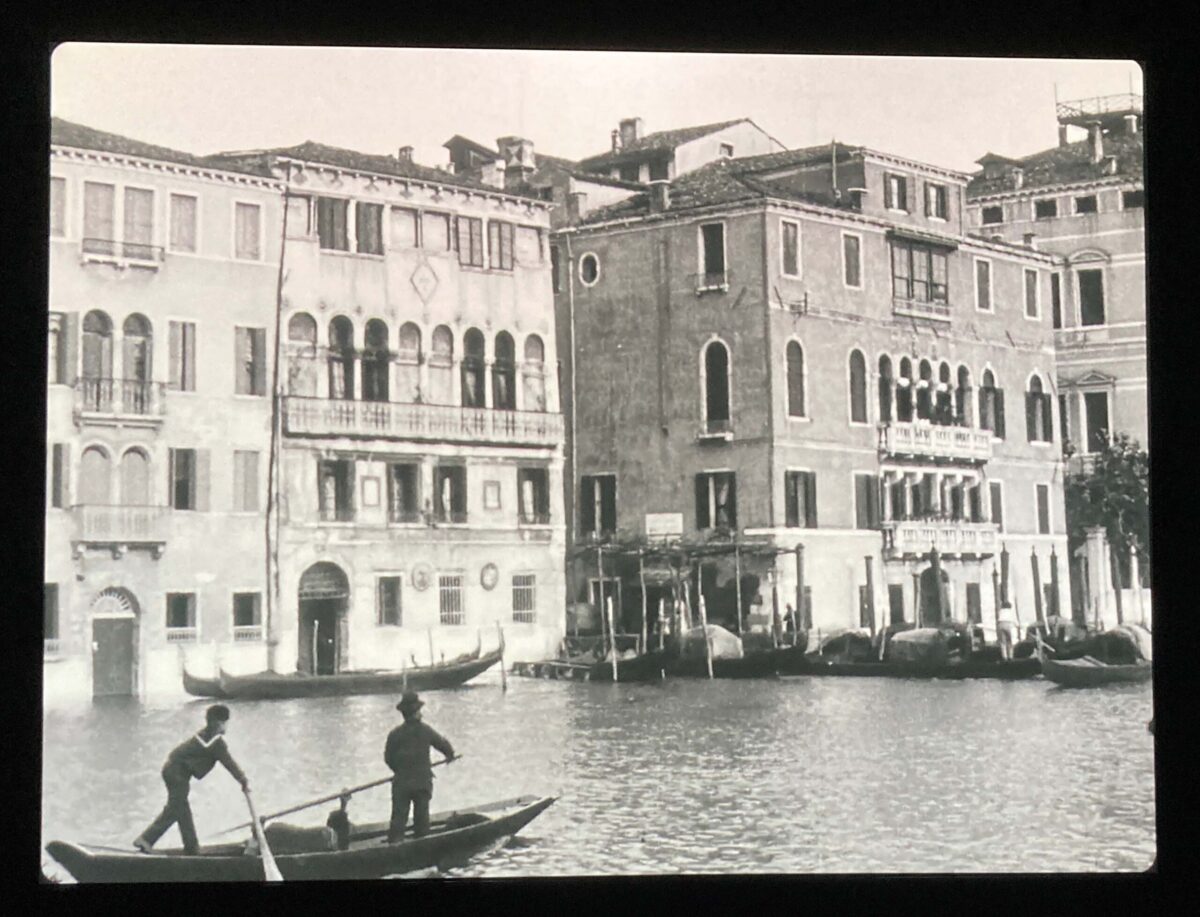 In that same room I was delighted to watch again some of the 1896 silent one-minute shorts photographed all over the world by cameramen equipped with the Lumière brothers early cameras. I had seen hundreds of these incredible films in 2016 at the Lumière Invention of Cinema exhibition during the Festival of Preservation (Il Cinema Ritrovato) organized by the Bologna Cinematheque. You may read here my article about that event.

The fifth floor bridge between the remodeled May Company building and the sphere is dedicated to groundbreaking women like Alice Guy-Blaché. You may read here my article about Cinema Pioneer Alice Guy. 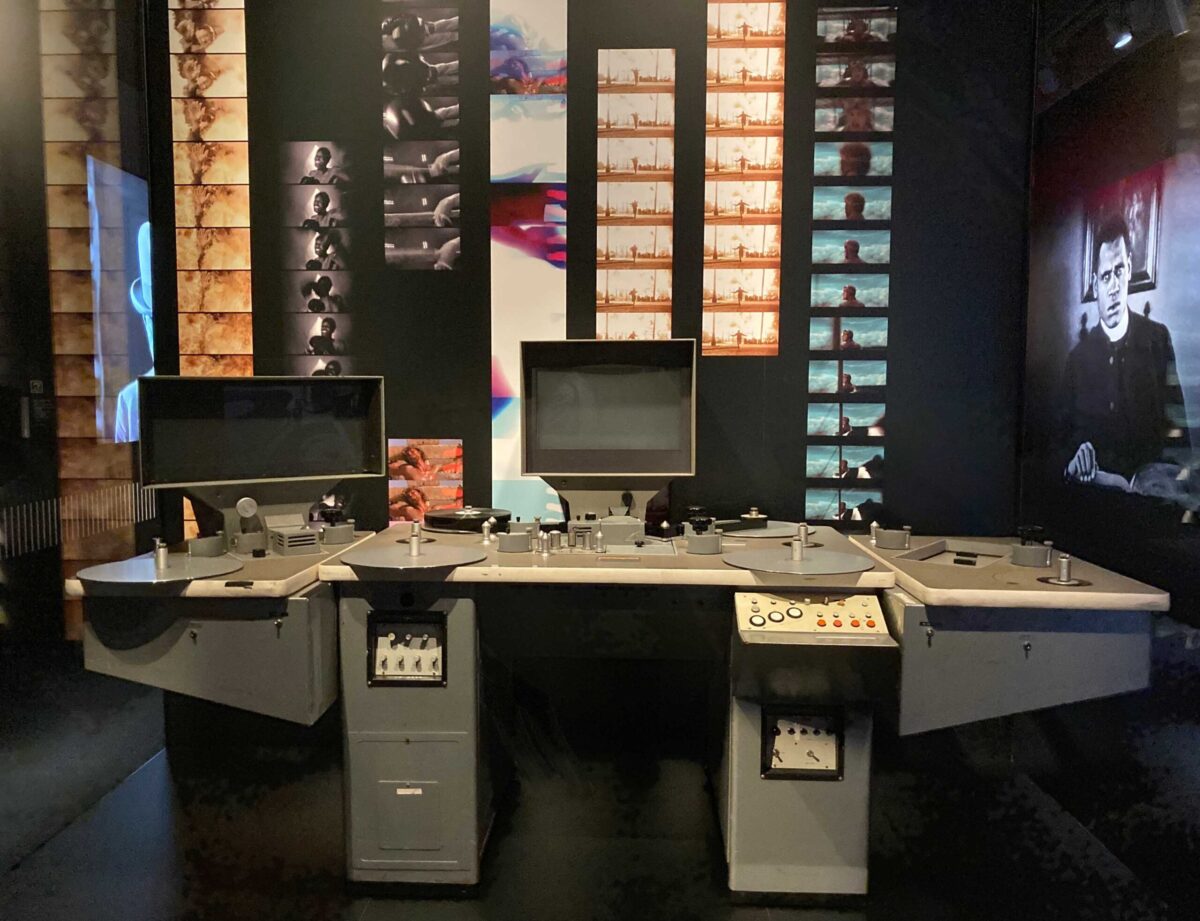 In the Stories of Cinema multi-room exhibit I noticed a large flatbed moviola, which was used to edit movies when they were still shot on celluloid. I had worked at one of these machines to examine every frame of movies presented at the Pesaro Film Festival in 1970, where I had landed my first professional job as a film critic. You may read here my article about the 2019 Pesaro Festival of New Cinema. 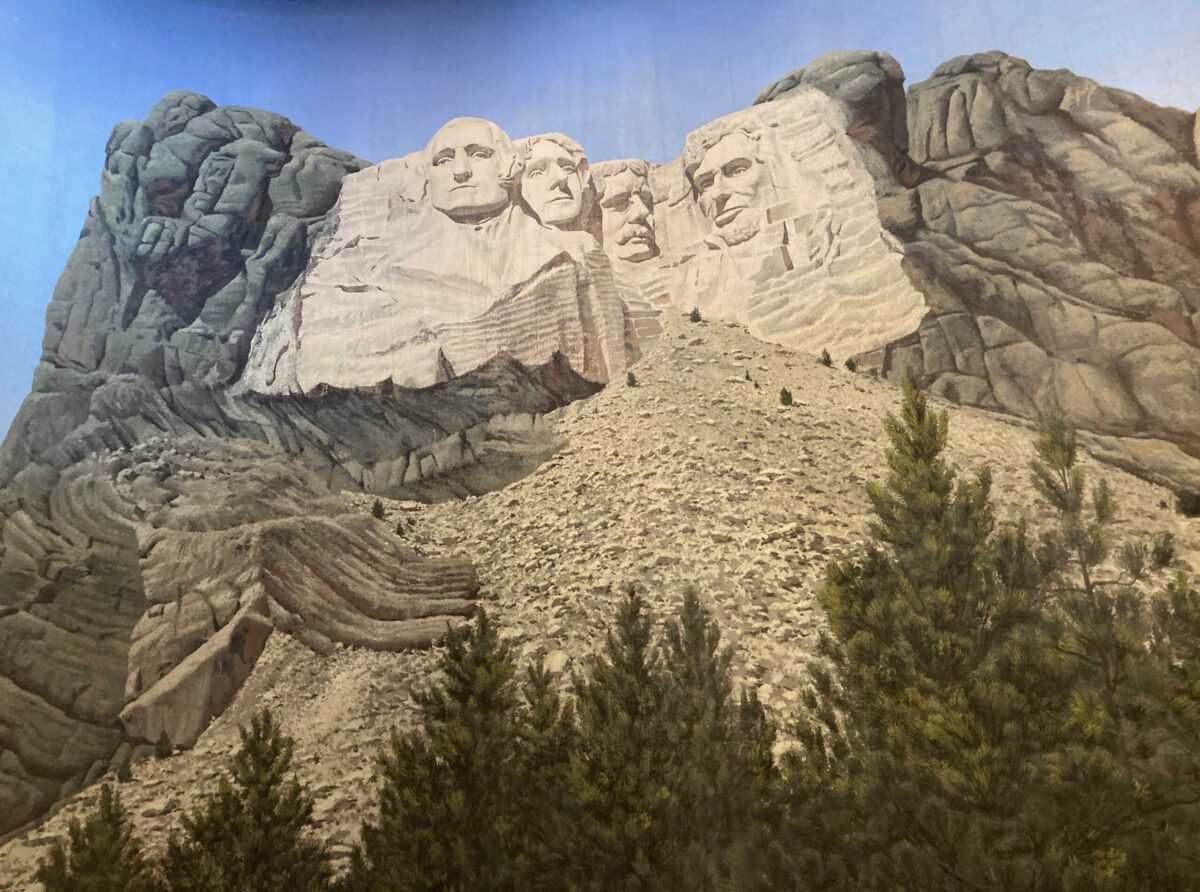 As a photographer who often utilizes painted backdrops in my work, it was great to see a two-story room housing the Mount Rushmore backdrop painted for Alfred Hitchcock’s North by Northwest (1959).

See a photograph of the real thing that I shot in the Black Hills of South Dakota as part of a photo essay on American Indians. Click here for link to this series in the Elisa Leonelli, Photojournalist Collection at the Claremont Colleges Digital Library. 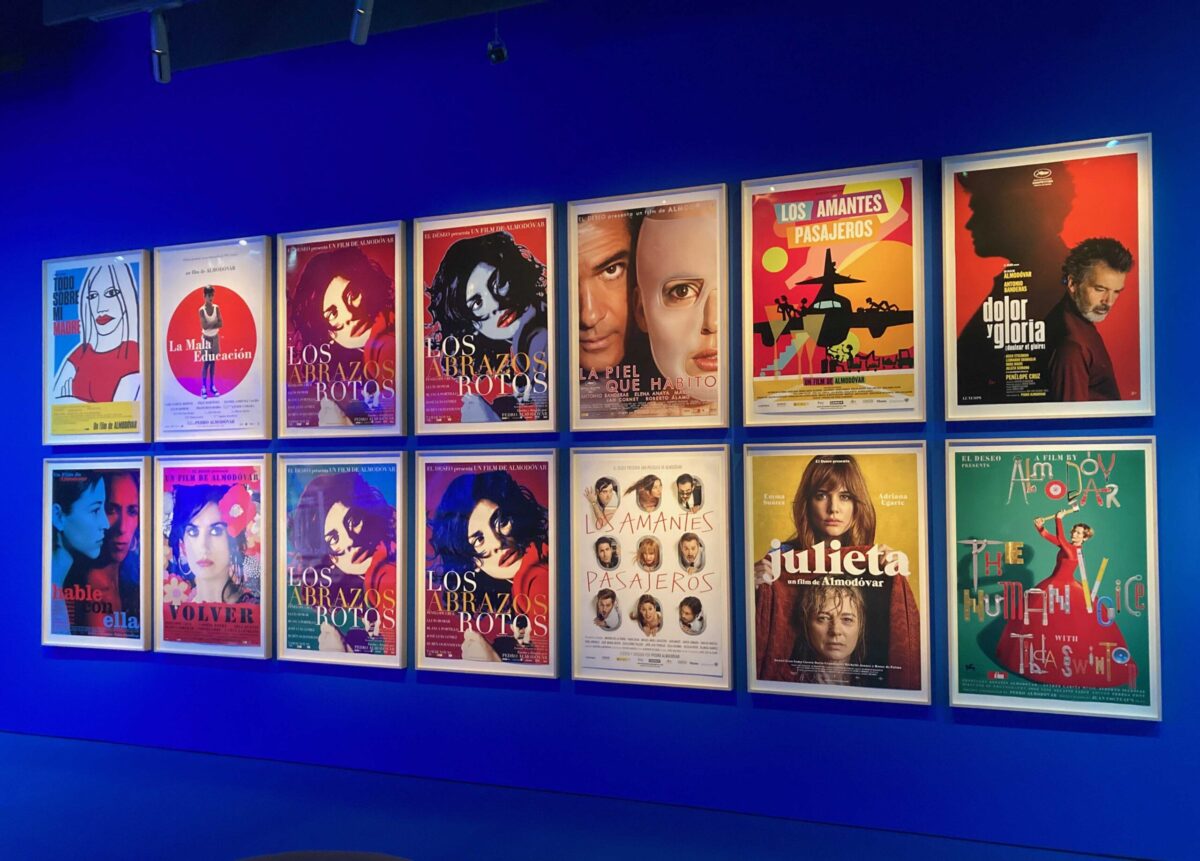 In the exhibit devoted to Spanish filmmaker Pedro Almodóvar, I photographed the two rows of posters of his movies, all of them I have seen, except the latest, Parallel Mothers (Madres paralelas), which premiered at the 2021 Venice Film festival. I interviewed him several times through the years, in my long career as an entertainment journalist. 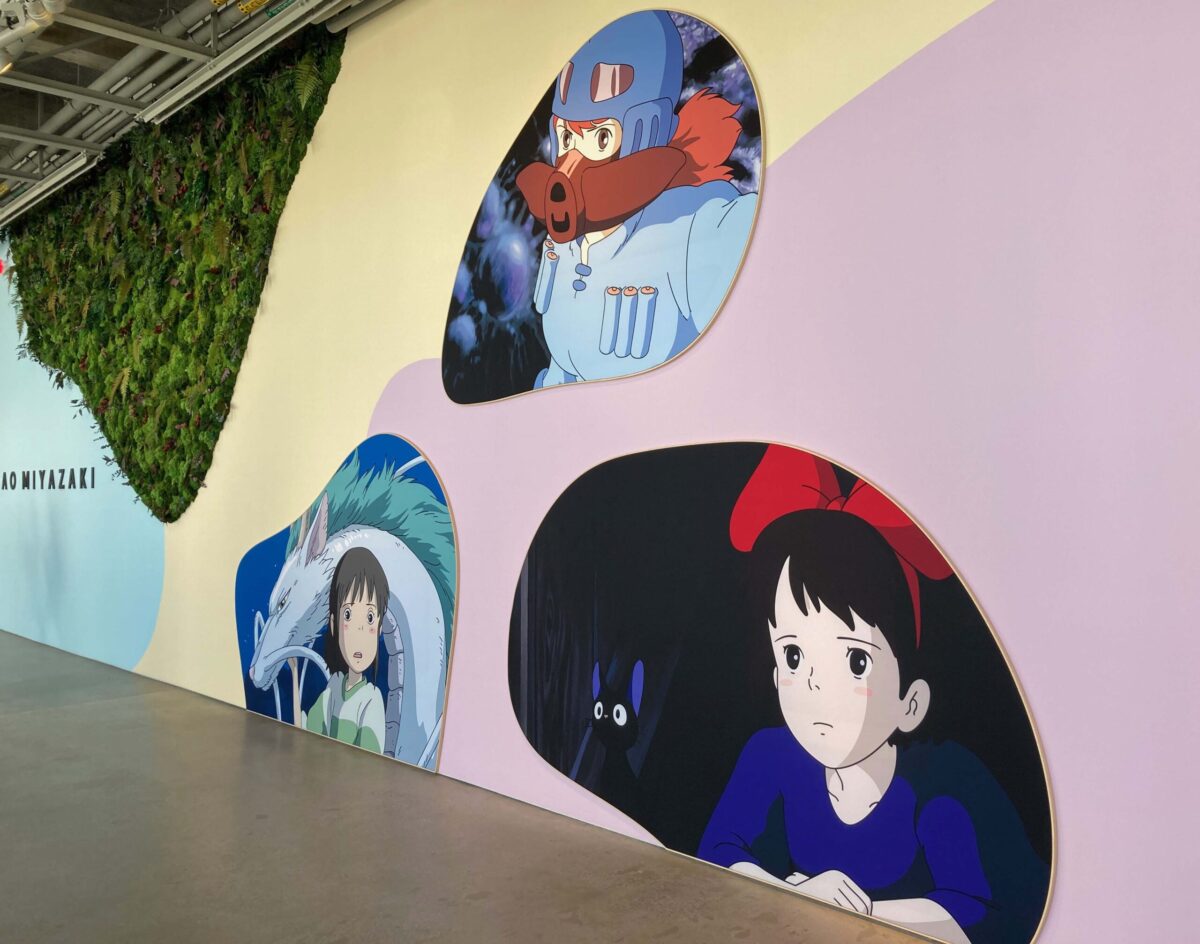 I have also seen most of the fabulous animated movies by the Japanese filmmaker Hayao Miyazaki, my favorite being Porco Rosso (1992), which is set in World War I Italy, when it screened at the Venice Film festival in 2005. An entire floor is devoted to this artist, and you’re not allowed to take pictures inside, but it was interesting to see his small drawing desk. 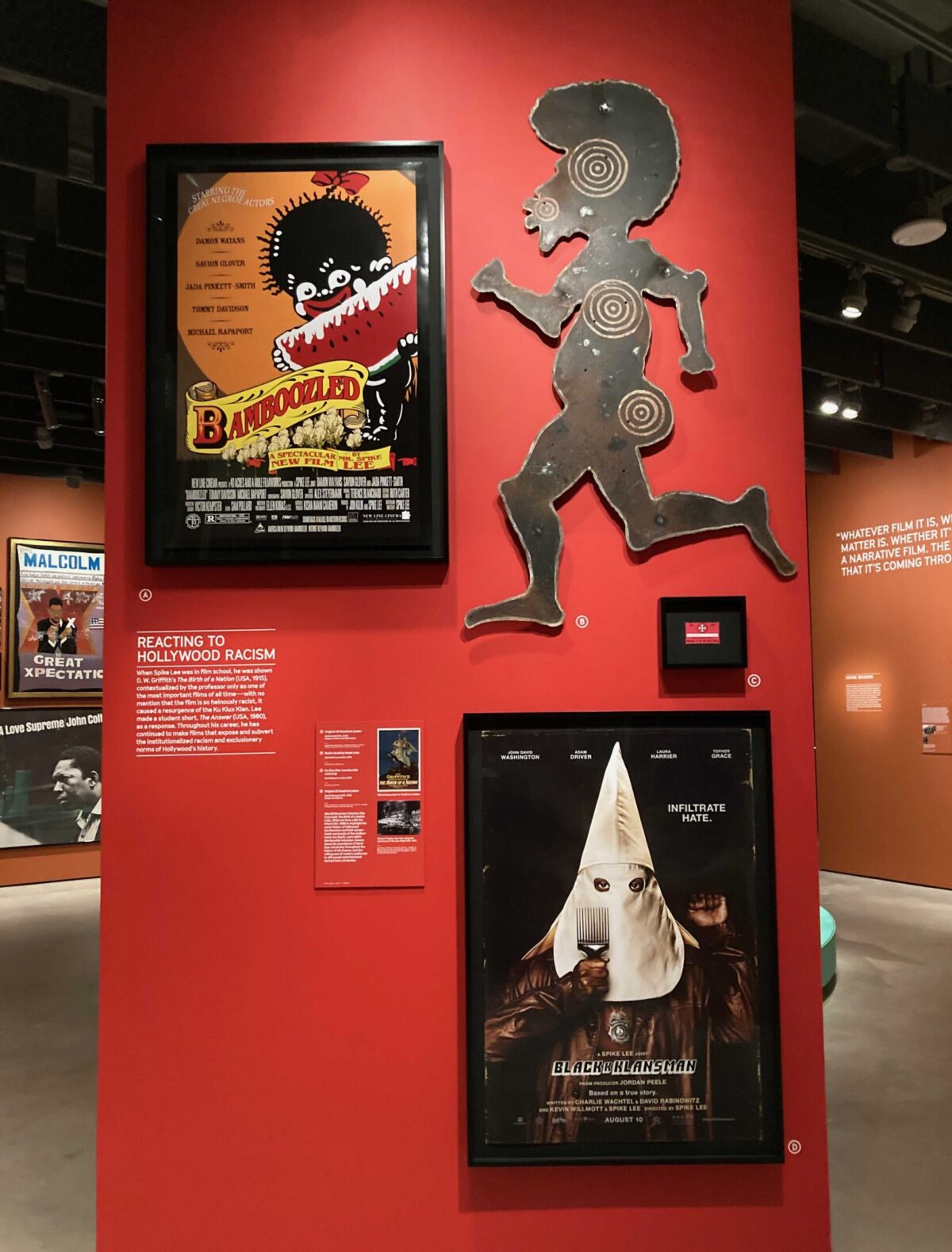 A room curated by Spike Lee, featuring his inspirations, including a poster of the Italian movie by Vittorio De Sica The Bicycle Thief (Ladri di biciclette), reminded me of the anti-racist message of his recent movie BlacKkKlansman (2018).  I had featured its star, John David Washington, in my 2018 article Young Faces in Movies.

In a room devoted to movie costumes, it was fun to see the dress that Cher wore at the 1986 Oscars where she was a presenter. I used to photograph backstage at those ceremonies in the 1980s. Cher would wear this other dress also designed by Bob Mackie in 1988 when she won as Best Actress for Moonstruck directed by Norman Jewison.

The Academy Museum opens to the public September 30, with a full program of screenings to November 30. Price of admission is $25.