On December 8, 2021, I posted a column titled CHASING MODERATION. It was a critique of the ultra high ticket prices that many of the major commercial theatres, nationwide, and even some major not-for-profit regional theatres, are increasingly and routinely charging.

In early January 2022, Cultural Daily had planned to run a column consisting of a selection of the responses I received to that article. But when so many of the nation’s theatres had to shut their doors again because of the resurgence of Covid-19 and the rapid spread of the new Omicron, it seemed churlish to go after theatres for exorbitant ticket prices at a time when, in many cases, they couldn’t even give one away.

Now that things have eased somewhat and Broadway theatres in particular are either open, opening or re-opening after being shut down for a second time by the pandemic, the editors agreed to run a link to the original column and then attach a selection of the responses it had received.

This is not an exercise in critical hubris, but the expression of a serious concern with the dangerous practice of normalizing stratospheric ticket prices for an art form intended to reach as wide an audience as possible, not just the very wealthy. A new approach is needed because, normalizing price escalations with every hit will, in the end, prove self-defeating.

Or, if you’ve already read it, you may read some interesting responses to it below. — sd 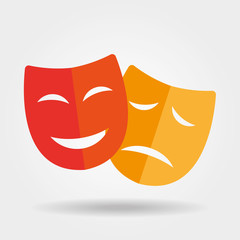 Peter H, Co-Founder Ryga Arts Festival, British Columbia: Having grown up with the heavily subsidized arts in Europe, with its roots in royal and noble patronage before the state took over the responsibility, I never found much interest in [London’s] West End or Broadway beyond what they adopted from the non-commercial stage and which I could afford to see even as a teenage student.

One is hard put to think of original or exciting work that began life on Broadway: even the best musicals are groomed and launched by using publicly subsidized companies or venues to protect investors from risk. In the 1920s or 30s the route from a playwright’s desk to a tryout house in New Haven or Boston took a few weeks, and rewrites were done out of town with producers and theatre artists taking all the financial and professional risks.

Now those playwrights and artists are made to go through years of development hell, with the commercial theatre as the main arbiter of success. If your play hasn’t made it to Broadway you are deemed to have failed, and worst of all, that’s how the creators of new work have also come to think. Yet the genuine power of theatre (or other performing art) is much more likely to be encountered in an intimate and sometimes empoverished setting at a performance that will never lend itself to Broadway-type success. My most recent and memorable experience was in the small town of Summerland, B.C. where [my wife] and I launched an arts festival to honor the legacy of George Ryga, a local playwright. We had invited Ahmad Meree, a Syrian refugee who was sponsored by a Canadian theatre after finishing his theatre training in Cairo, to present his one-man play called Adrenaline.

It was based on his first New Year’s eve spent all alone in Canada, where he used donated kitchen furniture to impersonate members of his lost family; the fireworks outside conjured up inside his mind the destruction of his home back in Aleppo, Syria. I shall never forget the impact of that simple drama played out on the stage of the local high school and attended by a couple of hundred people, few of whom had ever heard of Aleppo.

After the stunned silence that followed, a few people stood up to try and put their reaction into words, but old men broke down sobbing before they could finish their sentences. [It was] one of those few times when I felt I understood Aristotle’s catharsis, and no commercial theatre production in 70 years of theatregoing has even come close.

Donovan M, former Artistic Director of The Denver Center Theatre Company: This opens a discussion that must be had. While it is primarily addressed to the commercial theater, the not-for-profits ignore the ratio of sales and fund-raising at their peril. Your publisher should send this article to all the LORTS [League of Resident Theatres].

Jim M, actor, impersonator, voice-over artist: For the record, we had been waiting for reasonable tickets, and they became available thru Goldstar for Hamilton at the Pantages. I think we paid $30 plus parking and some other fees. Not too bad. And the seats were great. And the show, which I simply could not believe was worthy of the Niagara of hype, was truly terrific and absolutely a high water mark for theatre. So, eventually, justice was served. I recommend seeing it. Thru Goldstar, of course. (PS: That show has since closed at the Pantages in Los Angeles, and outside of such resale organizations as Goldstar, prime real estate for Hamilton was still in the $600 per ticket range at the time.)

Louise S, actor: You are so right regarding the gouging of ticket prices — and what art and theatre were meant to be. We certainly experience it here [in New York]. On a daily basis. Luckily I got my Music Man ticket two years ago and it was only $295! What a bargain!!! Now they are $600. Some of this is understandable due to Covid, but it has always been an issue. When I started on Broadway with Art Carney, the top price was $12! Whew. And so it goes with everything…

Art M, actor/director: [This] hits the nail on the head. What I find at odds with the exorbitant cost of tickets is the current, omnipresent, quest for equity and inclusion. How is anyone but the super-rich to afford attending the theatre…? Ah, well…Waiting for the pendulum to balance out.

Mishka M., theatregoer:  As always, [Ms. Drake’s] grounded humanism and values shine through in this very pointed piece about what has happened to the value of theatre. Decades ago it was still difficult for working families or others who were not financially favored, to afford the theatre. I’m talking about $50 a ticket when one’s rent was $250. This makes theatre not a way of reaching the broader audience to bring thought and philosophy and psychology to the stage, but a way of keeping us in thrall.. Getting a ticket is a lottery win and most of the shows are geared to an audience being lulled into low consciousness rather than deep thought. Kudos; so few people strive to keep us honest.

Stephen B., classical composer and teacher: [This] analysis of the evolution of Broadway is, in my view, totally correct. I remember as I walked out of Phantom thinking, “This is the end of the American Musical Theatre…” [This] precise description of the evolution of the economics of the theatre raised some issues I was not aware of and was even more depressing than I had imagined.

Larry P., actor: I am 82 &1/2 years old and have been seeing Broadway theatre since I was 8 or so. I remember my Father paying the then-scalper prices of $25.00 apiece to take seven of us to see the original production of South Pacific, with all of its opening creative cast: Mary Martin, Juanita Hall, Myron McCormack, — all but Pinza who had just left. That was a big lift for my well-to-do, but Depression-damaged parents. But [my father] did it, and for orchestra seats whose base ticket price was probably $5.50 or so.

Twenty years or so later I was on Broadway myself in Play It Again Sam, starring with Woody Allen & Diane Keaton, having replaced my friend Tony Roberts and inheriting his billing, which meant that, for the only time in my life, I was billed before Keaton. Part of my deal was two house seats guaranteed for every performance. Almost everyone listed above the title of a play on Broadway at that time had that deal, and almost everyone I knew sold those tickets (base price of $7.50 for the Orchestra) to a scalper and split the mark up with them.

We were a big hit, due to Woody Allen’s fame then, so I could have made a nice weekly sum in addition to salary, but I never did, feeling the inequity and possibly remembering my Father’s wanting enough to please his brood to have paid that bounty. It simply rankled me.

I had just come back the year before from doing a play in London and was shocked that The National Theatre at the Old Vic still charged a pound (roughly $2.00 then) to see Olivier do Dance Of Death. I added that to the list of why I had perceived the English are so devoted to an art they practice so well. People could afford to go.

Very much Eva Le Gallienne’s idea for her Civic Rep, in her wonderful books that I devoured as a young actor-in-the-making in my small Kentucky town. The stuff that dreams were made on.

I have always had a burr under my saddle about spectacle in the theatre, having seen Ruth Draper as a child, with her one chair and her many scarves, shawls and hats, create a whole world of people. The actor was the star: the Lunts, [Katharine] Cornell, Julie Harris in I Am A Camera, all those [theatre] gods come down to earth to show us what bliss and eternity were like.

Now the director is the star, and a few — Ms. [Patti] LuPone, Mr. [Nathan] Lane, a few others — of such big talent that they can [compete] with the sets. To paraphrase Norma Desmond, “It’s not the actors that got smaller, it’s the sets that got bigger.”

As we are a world in love with technology and divided in our loyalties, and not feeling the need to do [or] even sacrifice for the greater good and health of our society, is it any wonder that we value our theatre experience, as we value our pictorial art, by how much it costs? The wonderful intimacy and communal feeling that I have always so loved about my beloved theatre is now awash with the cold glitter of the buck.

I hope this very personal remembrance adds some texture, if not any solutions to your article. I hope you are heard.

Ken W., theatrical publicist: Everything about [this] description and assessment of the situation is dead on. I’ve spoken of the problem with friends and colleagues many times in the past (not nearly as lucidly), but this column is perfection.