The Creation of Chez Trista

A Long Way for an Allongé

There came to be two ways we would describe Blue. One was his origin story, how we brought him home to keep me company while I studied for law school. Then how he began herding me out of bed after I dropped out. He’d sit triumphantly on the desk while I sipped coffee at the bistro table, both of us looking out our respective windows towards the Pacific Design Center. The other side of Blue was how adventurous he became. We packed our car and drove back to Toronto from California with him in the middle. Then tucked him by my feet in economy to France. He became our staple in hotel selfies as various color headboards soon became his backdrop. After he passed I started to hear us tell these tidbits in a self soothing rhythm, like that of a meditation.

In an instant those various borders became a part of his lore as the real connection began along with the first lockdown. When France went into lockdown there were more questions than answers. I’d lay in bed with Blue a minute longer, calm before reading the latest death toll. I wasn’t sure how to make food with fear in my heart and Blue felt the same way when I dished out his kibble. To keep the appetite for boxed pasta, we turned to cold rosé. There was an afternoon sun that filled up the kitchen giving us the illusion of a terrace. I created “Chez Trista,” with fresh baguette and whatever spread we had in the fridge. We’d put Blue on a leash so he could lean along the window sill. Over the first couple of weeks we picked up a routine where as I poured the wine, Blue rubbed my leg waiting for the harness. As weeks got extended to months, the 3 of us sat and envisioned a vacation to the Alps for the ultimate view. 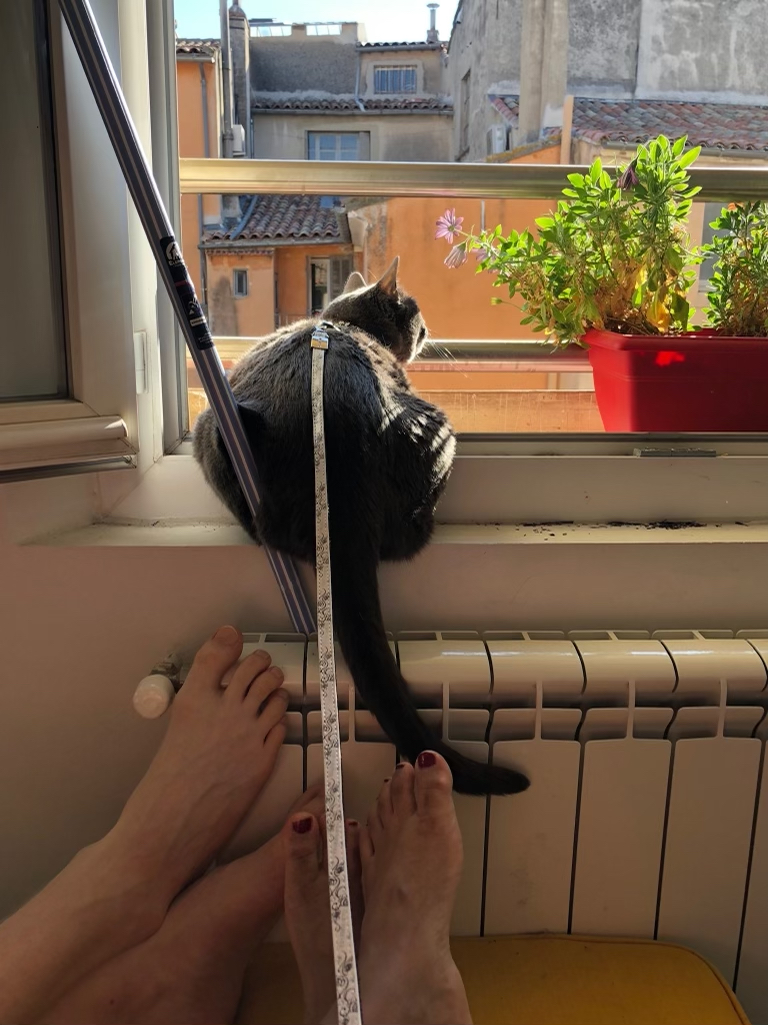 Then as hotels started offering stays with restrictions, we booked a trip for my birthday. The longing to scream into the void was thick. We began to monitor the lockdown measures on driving into Italy as the hotel confirmed a full reimbursement if the borders remained closed. So when the attestation got extended until the day after our check-out, I sobbed. The thought of being in this apartment another weekend became too much. I began sobbing and shaking in my chair; he knew there was nothing he could do. Later that night, I calmed down enough to buy a few ebooks and curl up by the radiator. Blue rested in my lap as I tapped through pages on the screen. That was when I felt the lump on his spine, unbeknownst to us that this was already too late.

The first vet agreed the drooling was a problem and filed it as an irritation on his gums and gave us a topical aloe treatment. As we were applying the gel, a tooth started coming loose. James wanted a second opinion and discussed an extraction. Due to the holidays I was expecting to make the next visit to the emergency room but luck shone on me for an instant as there was an availability. This vet agreed the tooth needed to be removed and told us he could do it that afternoon for Blue. As we entered the apartment a wave of nausea fell on both of us as this was the first time we entered the apartment without him there to greet us. We began to feel fearful of the surgery.

When we arrived to bring him home, he said the surgery was a success but he had bad news. I immediately went to the mesh screen and saw Blue with his enlarged pupils from the anesthesia. On the other side of the room, the vet was showing something to my husband. He stiffened up, a pose I knew was to collect his emotions in public. I walked over to better hear what the vet was saying and that’s when I heard cancer. I remember stepping back into the corner like an animal, shaking my head thinking the word would fall out of memory. I revealed my claws and made him repeat what he told my husband. I needed him to create the reality that I was going to lose my best friend. 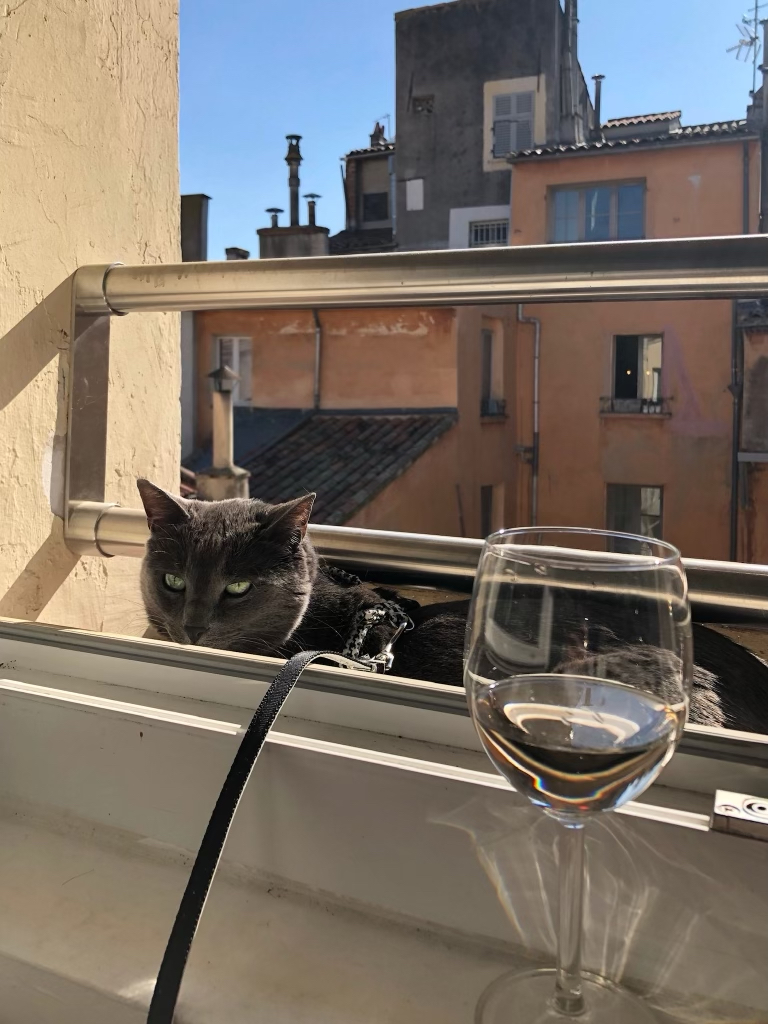 That week we kept him on soft surfaces and fed him cans of salmon. We kept trying to make sense of the diagnosis, repeating how the first vet complemented his energy levels as his age. He became the one off example we’d hear about on the news as a warning to young people. As the cancer ate away at his jaw, it took a simple cleaning of his face to break his own jaw. We called an uber after curfew to take us to an emergency clinic. That vet offered to run a test to see if the cancer was benign but that’s when I remembered the lump on his spine. I knew what needed to be done and hated that. The vet never remarked anything when I peeled off my mask so I could face Blue the way he remembered me. We lost him in the final hour of New Year’s Day, as notifications reminded me to be happy. In a time when deaths are being counted and graphed I felt like he was one more dot. Our family like so many others adjusting to the sounds of silence, the shuffling that loved ones once made are now gone.

A year begins in an effort to find new sounds.

Trista Hurley-Waxali found a taste for cucumber martinis while in LA and had to give that up as she was unable to renew her US visa. She's Black from her father's side (Trinidadian) and Brown from her mother's side (Indian), and together they immigrated from Trinidad to Canada in search of a better life. With movement in her blood she kept her bags packed and found a spot in Aix-en-Provence, where she writes weird short stories.