As Cultural Weekly transitions into Cultural Daily, this is the perfect time for me to reflect how meaningful and significant this platform has been for me. For that matter for my students and dozens of my fellow poets, writers and teachers. Cultural Daily is indeed what this site is because everyday this platform elevates the conversation and offers inspiration, social commentary and insight into art, film, poetry, television, architecture, literature, theater, music, dance, food, lifestyle and even technology.

I see Cultural Daily as an online equivalent of June Jordan’s “Poetry for the People” program she started at UC Berkeley and ran for almost two decades. Jordan’s program was known for democratic poetry workshops, open mic events, publishing students and using poetry to engage with the community beyond just in the academic environment. In the book June Jordan’s Poetry for the People, Jordan writes, “Standing room only audience response, de facto coalition, widely covered anthology publication, and written down empowerment through language. These are a few of the ways the world has welcomed Poetry for the People and the students this program seeks to serve.”

Cultural Daily serves the public in this same spirit building a creative coalition. For the last decade hundreds of writers, artists, photographers, filmmakers and musicians have had their work published and featured on this platform. We have published almost 150 of my own students here dating back to December 2015. I wrote about a few of them here. 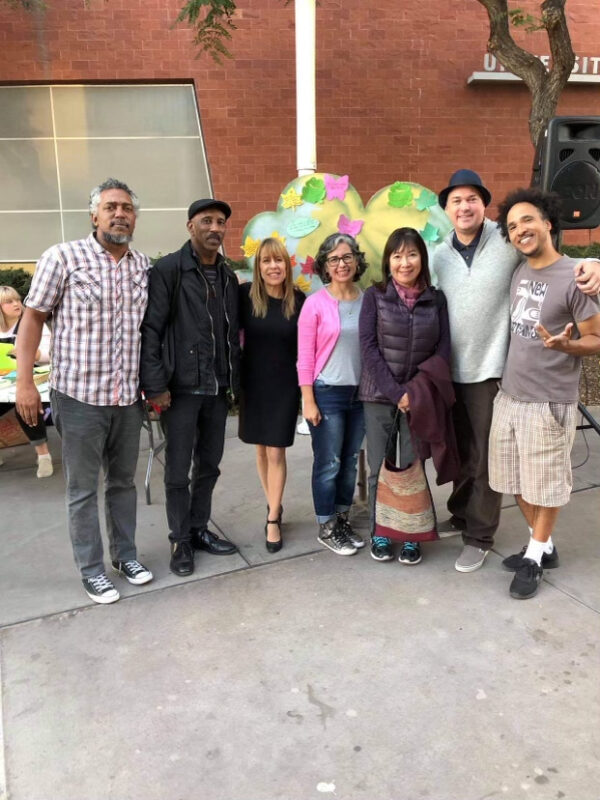 In December 2015, I was teaching high school English and I had five classes of 11th and 12th graders. Week after week I was reading dozens of compelling tales of coming of age in Los Angeles. There were essays, poems and even experimental fiction. Much of it was good enough to be published and it had that raw urgency that teen writers embody so beautifully. I asked Cultural Weekly editor Chiwan Choi if I could start a weekly column publishing student writers. He said yes. We called the column, “Tomorrow’s Voices Today.”

The first student we published was Jamal Carter, a former student of mine from View Park Preparatory Accelerated Charter High School. Jamal had been in both my Creative Writing Class as a Junior and my Journalism class as a senior. View Park was a block away from Crenshaw & Slauson and you could see the plaza where Nipsey Hussle would soon have his shop from my classroom. Many of my students knew him.  Last year Jamal Carter finished his B.A. and he is in the process of applying to graduate school to study Psychology. After Jamal, we published Camille Jacome and Stephanie Escobar. We started publishing a student a week. From Rosie Flores to the international student Larry Li. Kristen Graham wrote about her Crown.

As much as many of them were students in my various classes or some of my former students, we also published students I met in one off workshops I taught or places where I would guest speak. As the project took off, I started encountering writers everywhere I went. Literally, everyday it seemed I was meeting a thoughtful writer. Guest speaking at Loyola High School in F. Douglas Brown’s class, I met a group of high school seniors that wrote a crown of sonnets about being 17 in inner-city Los Angeles.

We published former students of mine from View Park, some from St. Bernards, quite a few from Cal State LA, Southwest College, Woodbury University, East LA College, Harbour College, Schurr High School, Cerritos High School, Gahr High School, Whitney High School, East Los Angeles Renaissance Academy,  a number of other high schools. We even published a few middle school students that I had worked with in some library workshops. 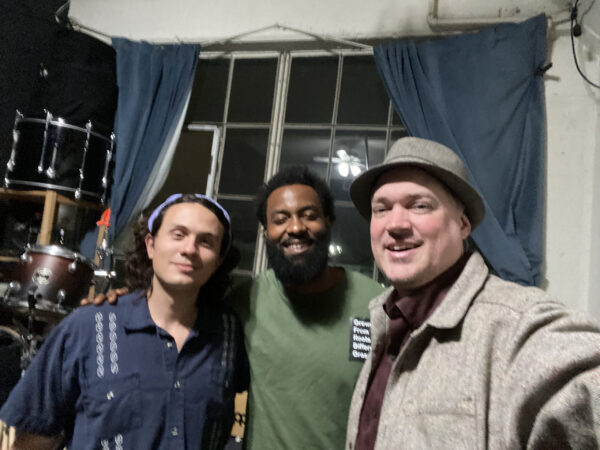 The Alchemy of Creativity

As time went on, I even started sending other writers I knew from the literary scene to Cultural Weekly. When the Leimert Park poet A.K. Toney called me early one morning to tell me that there had been a fire in Leimert and that he wanted to write about it, I suggested he write the piece and send it to Chiwan Choi and within a day or so, it was up on the site, “A Burning Vision Almost Lost: the Leimert Park Vision Fire.”

When Marcus Gray showed me an essay about “The Alchemy of Hip Hop,” I knew it would be perfect for Cultural Weekly. Gray captured the transmutation of energy that music and art incites:

“Music was a ritualistic container for me and dancing was my seance. I would assign a task to each movement with the intention to heal and explore myself. Movements become emotion, sent within to untangle blocked energy, childhood trauma more often than not to send love to a sore knee. Dancing was the way I cast my spells. It was my intuition that led me into this dance trance alchemy, and hip hop. Hip hop was the soil that held space for my intuition.”

Another time I heard Abrahan Alvarez share an incredible poem, “If I Could Only Be My Father,” and I knew it was perfect for the platform. Cultural Weekly has always been about urgency and serving the people. Like June Jordan talked about using poetry to serve the community, Cultural Weekly is in this same spirit. And it is not just poetry, it is prose, music, short films, artwork. When Terry Robinson and I took a bike ride along the San Gabriel River, he wrote “Love Masters all of Running Time.”

Another June Jordan quote is appropriate here: “Poetry is a political action undertaken for the sake of information, the faith, the exorcism, and the lyrical invention, that telling the truth makes possible. Poetry means taking control of the language of your life.” And as I said above, Poetry here is also a stand-in for an essay, a song, a piece of art. The creation of creative work and cultural work is the foundation of true community or as Jordan writes, “a fearless democratic society.” 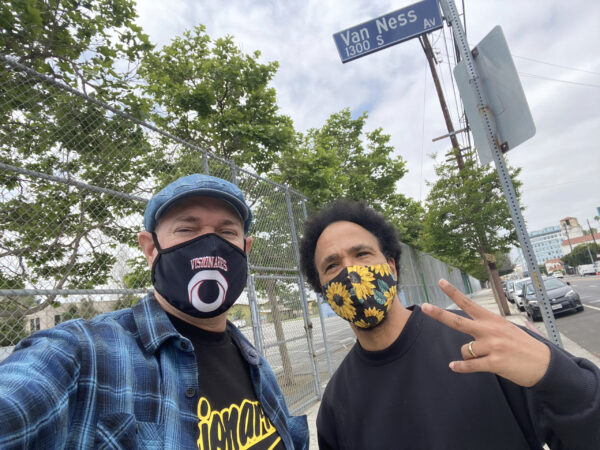 Janice Mirikitani is a poet that worked closely with June Jordan for many years and she was the second Poet Laureate of San Francisco, right after Lawrence Ferlinghetti. In her poem, “Poetry for the People,” Mirikitani writes “In circles of poetry we meet ourselves.” This line can be applied to this site and wider writing and creative circles. In creative circles, essays, various eclectic creative work, we meet ourselves. Monique Mitchell reminds us “we were mirrors once.”

Eunbyol Anastasia Cho tells us we need to “Make America be America Again.”  Last year I was at a KPCC Radio event and I heard Esther Tseng read, “Moving East.” Tseng debunks the model minority myth and celebrates the third spaces: “Expecting a melting pot, I got a salad bowl /

Walking into a city bursting with racial harmony was a naive goal / Self segregation by students aligning along color lines / Opened up my eyes, struck down the lie that is being colorblind / So started my reclamation / Of the journey over the destination, my reeducation.” Lina Finley declares: “I Am Not a Virus.”

Allan Aquino wrote “A History of Asian Americans.” Aquino shows the deeper history and a 500 year history.  Aquino celebrates their “resilience and empowerment. They are agents of their identities and histories, displaying unquestionable courage and loyalty to the benefit of all. As surely as anti-Asian sentiments rise against them, API community groups and activists react with immediate (nonviolent) action and, in doing so, reinforce the ecumenical vision upon which America was founded. From centuries past till the present day, Asian Americans embody the meaning of society itself: everyone has a place, everyone has a role, and everyone is entitled to their due and proper share of the American dream.”

In the same spirit that June Jordan’s Poetry for the People program used writing to build bridges, 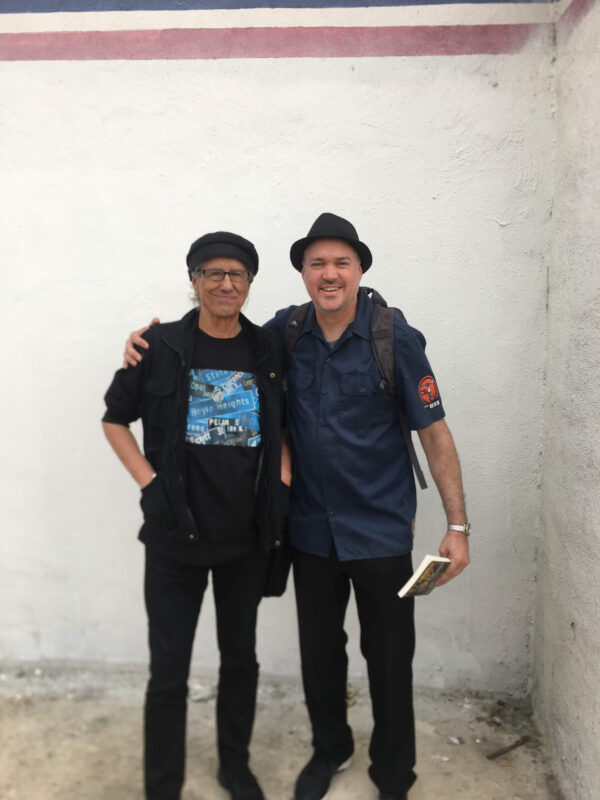 Cultural Weekly has done a great service providing the space for hundreds of creatives to express themselves and help build the fearless democractic society we so desperately need. When Lionel Rolfe, Levi Kingston and Lewis MacAdams passed in the last few years, Cultural Weekly is where I honored them. These stories matter. Students and writers need the space to express themselves and they need encouragement. When these two elements are provided, the growth happens organically. Thank you to Chiwan Choi and Adam Leipzig. Please join us as Cultural Weekly becomes Cultural Daily.