Visceral, emotive, and ritually executed with little to no spoken word, dance often has a way of making a viewer feel first and think later… which I personally think can be a very good thing. And when merged with the medium of film – another ephemeral art form that is perhaps most akin to our own dreams – it can blur boundaries between cultures, language, ethnicity, socio-economics, and much more. Now an international genre, festivals featuring Dance on Film, aka Screen Dance, have been popping up in every corner of the globe for quite some time. 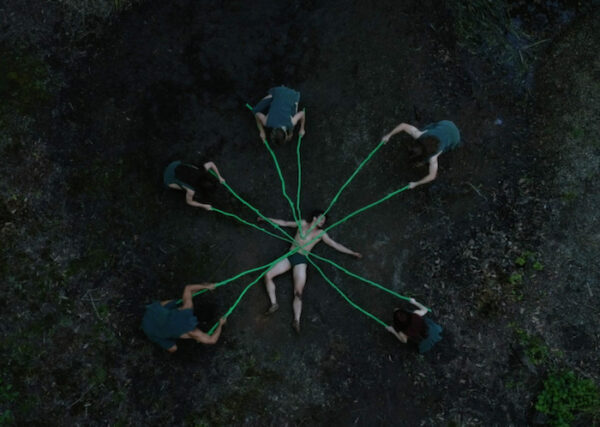 Even in the face of Covid, LA’s own Dance Camera West is back again with a dual set of shows, happening both online and in person, beginning this week and continuing towards the end of the month. This year Dance Camera West(DCW) has partnered with LA presenters, The Broad Stage and Theatre Raymond Kabbaz to present two unique sets of programming.  First up, this week January 7-9that 8:00 pm, Theatre Raymond Kabbaz presents a virtual program of International Dance that can be streamed from anywhere. The program includes19 international short dance films, along with exclusive interviews on the stage of Theatre Raymond Kabbaz with filmmakers, producers, dancers, choreographers and festival directors. For tickets and programming visit: Théâtre Raymond Kabbaz for information and tickets.

I cut my eye teeth for dance film festivals working nearly seven years with the unstoppable Dance Camera West, and last year had the privilege of partnering with them at REDCAT for my own festival — Dare to Dance in Public Film Festival’s first live screening.  This year DCW received over 250 entries from 35 countries internationally in what will I’m sure be a stellar line up of films. Dance Camera West always makes my highly recommend list.

Check out the teaser below and JUST GO!