David A. Romero’s My Name Is Romero 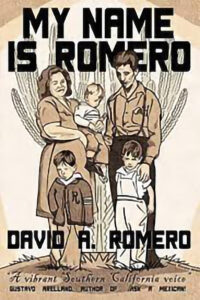 I have never attended one of David A. Romero’s spoken word performances, but when the quarantine is lifted, it will be one of the first things that I do. His work on the page is extraordinary, and I can only imagine the life he brings to it as a professional spoken word artist. His debut collection My Name Is Romero is an exploration of what it means to be a part of a family and of that family’s legacy. Romero is dedicated to exploring the complexity of family membership by looking at it culturally and socially, looking at family duty, and understanding that while he claims that which is powerfully good about his history, he also must own the failings of his lineage.

The first and last poems “My Name Is Romero” and “Our Name Is Romero” encapsulate the pride and shame that comes with understanding any name. In the first poem, we discover that he is often miscalled “Romeo” rather than “Romero,” but he points out the famous and great Romeros that came before him including Cesar Romero. More important though are those Romeros in his direct line. He writes:

Romero, who grew up in the suburbs of Los Angeles, finds familial and cultural identity here. It is important as in a childhood joke his brother tried to deny him that culture:

My brother lied
Told me my father
Was the mailman
“How could you be the son of our parents
With your blue eyes
And white skin” (16).

However, within this collection, he is able to explore that identity. This is not all positive, however, and he realizes that with this European ancestry, his family has contributed to the pain of this world. I read and reread the final poem because it was so powerful. In this poem, he takes ownership of the fact that he is related to Captain Bartolome Romero who was a part of The Expedition of Oñate, and took part in the evil that was a part of it.

Romero is showing a way forward when dealing with history. It is important to be aware of who came before us and why we are where we are. Honesty and truth are important above all else, but there is also a way forward toward a better world that is dependent on us.

There is much more to this collection that I could explore. Among other discussions, I found his understanding of the power and importance of language in reflecting and shaping culture fascinating. There are poems that explore the nature of border politics and what it means to be an American. After the month that we have had, I found his letter to Donald Trump especially powerful. This collection opened me up to pondering new ideas and old ideas in a new way, and I found it fascinating. 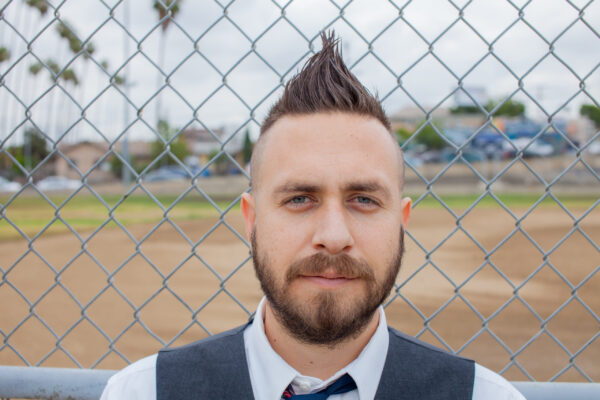