The steam train headed west from Atotonilco
had departed long ago. The one my father
sometimes jumped on as it slowed on a hill. Tired

child. The path lacking modern guides,
lacking guardrail and colonial arch. Electricity
was holy. Was softer. Was circuits of moonlight.
And the mothers’ gold-embroidered hemlines

hovered closer when coyote rustled in the brush,
when rock loosened on the hillside. He prayed
to Our Holy Mother of San Juan de los Lagos.
Her crown with angels spinning like weather

vanes, the knives that ended her mortal life long
ago melted into a hydraulic crescent at her feet.
All over, stars counted down toward the dawn.
And a soft voice said I will try to protect you

as long as I can. Let me hold your hand, Juan.
If only while you and your children and theirs
begin to learn the sky’s machinery.

In second grade I winged definitions
because I couldn’t find a dictionary
among the hand-me-downs people
left in the house we moved into.

I described a wallet best I could:
the loose crease, the torn
corners. Fruit only shapes
and colors absent continents

of origin. The house on Spruce
with its two rooms for seven
people never promised more
than what it first contained,

but taught us to create space—
knees on the green carpet
with a notebook split open
on the edge of a mattress,

prayer and sewing taken up
at the kitchen table. Rough
shingles, drumming rain
gutters. In a way a house

never stops protecting us.
I can still see its lamp
shorting out, and my family
walking in the dark, feeling

our way around. Doing pretty well.

I don’t know what’s going on at home,
but February and rain
pool on the lawn of every county
school miles around,
pricked and stirred gray. I am
a weak glint carried
through these valleys, snow
on the tip of the San Gabriels,
another one of California’s half-
mouthed phrases, a boy hanging out
with girls born in the foxglove
of only one landscape. They all say
origins don’t have to matter.
That now there is one
set of roads. I don’t know
what’s going on at home. Where
you are, mother and father. Noon
and dusk are indistinguishable. I
don’t know which pink or purple bell
will spring from the ground
in a month. If the songbirds are gone
or if they’re nesting.

I told a gas station attendant that I loved you.
It was 2 a.m. You were still at work
and the roadside blooms blew their scent
to me. Staggered, blinking, the stars
were all harp strings plucked on navy
and black—notes descending, dissolving,
shy and disappearing over the coronet
of our mountains. By this time, my courage
had been spent in a ribbon-white rush.
In a hotel room whose backcloth
was the steady voice of a late night talk show
host. Spent on the salt and fur of a stranger’s
chest. And only then did I long for home,
for the muted tick of our kitchen clock. Only
then was your factory work heavy upon me,
the blonde and the gray of your roughening face. 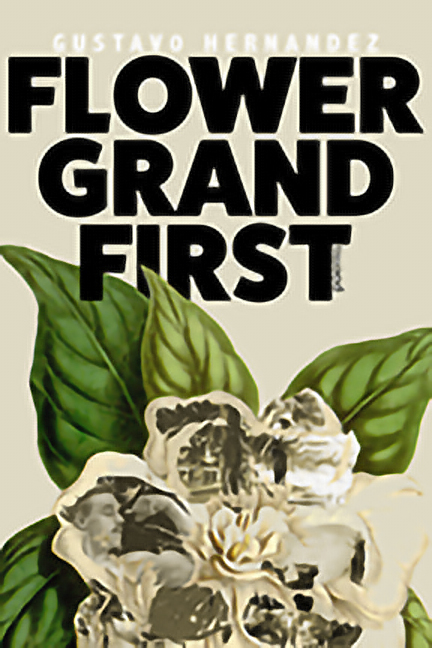 Gustavo Hernandez is the author of the micro-chapbook Form His Arms (Ghost City Press). His full-length poetry collection, Flower Grand First, was published by Moon Tide Press in March 2021. His work has previously been published in Reed, Acentos Review, Sonora Review and other publications. He was born in Jalisco, Mexico, and lives in Southern California.