I am not a gimmick. You are not the norm.

My first real, big kid, professional play was a production of HIR by Taylor Mac. Produced in Utah, the idea of a transgender actor in a transgender role was startling at the time, and I fielded many weird questions and awkward conversations. I wasn’t the greatest actor, but I had an absolute blast working with Equity actors and some of the coolest artists I have ever met.

Someone asked me how I felt being the first trans person to play a trans role in Utah. I said that I wished it was someone better.

Now, I am no stranger to a negative review. I have bad diction, two left feet, and the tendency to have voice cracks and cold sweats. But one particular review suggested “stunt casting,” a decision so bad it “sapped the brilliance of the other performers in the show.”

Or something along those lines. It’s not like I have it memorized, or anything.

All of these phrases are popular among those feeling threatened by oppressed populations having the nerve to exist. It has pissed me off for years and dug the cold claws of imposter syndrome into countless performers. Indeed, I sometimes walk into an audition room hostile, immediately considering those behind the table fetishists who want my pronouns rather than my talent.

But these phrases, like those who utter them, are bullshit.

Let’s consider the idea of a gimmick.

Immediately, I think of the circus. A gimmick is the draw of the ‘other,’ meant to horrify, tantalize, and turn a profit. There is the normal, and then there is the you.

To call transness a gimmick implies the cisgender as normal. It centers the cis individual and comforts them, assuring them that transness is a big performance for diversity points, attention, and money.

It feeds the transphobe who is convinced that transgender people are just liars who need an ego boost, rather than actual people. 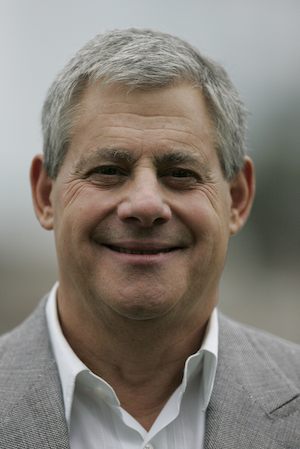 “You can write about trans people,” my theatre teacher said, “so long as you don’t make it your gimmick.”

White guys write about white guys all the time. Is that a gimmick? What about the upper class drama about shit that doesn’t matter? What about the constant revivals with a revolving door of white, cis mediocrity—is this, too, a gimmick for the draw of an audience?

Those in power regard diverse theatre as a threat rather than the genesis of the entire art form. The overwhelming white, cis, hetero-ness of the theatre is losing its shine, and the easiest way to dismiss the work of those oppressed is to tell them it’s all a circus act. It is not your words, your talent, your studies, your blood, your sweat, your tears—it is your freakish bodies and silly pronouns, your stupid phase and all its ornamentation.

It reduces us, once again, to the parts of our sum. It accuses us of pandering to the ogling eyes of the ‘normal’ audience.

And yet, they told us not to flip the card table just yet. I was frustrated because I hate when people say this, but—

“Learn who you are when it’s quiet,” they said. “Find your cohort. Link arms with them, and charge.”

Cameron Mackintosh told us that casting trans actors was a gimmick. We linked arms and marched.

I’m okay with that. When I get home, I’ll keep building my table.

Liggera Edmonds-Allen is a transgender actor, producer, and advocate. They study dramaturgy at Carnegie Mellon University.

Tags:
Previous Article
How Medicinal Marijuana Can Help Fight the Opioid Crisis
Next Article
Taking It All Outside