Imagining Out of Chance Associations

The approach to this series of collages starts with the combination of a solid coloured square background overlaid with a formal “embryo” chosen subjectively from a pile of coloured paper left over cut-ups.

From that point on the imagined development of the collage was to be guided by formal and narrative associations subjectively made.

“The die is cast” is the title I chose for the following collage.

Its formal development started with the red cut out piece, large enough to provide the collage background, below which I introduced a green piece to show through its cuttings and above which the blue and yellow pieces were added as visual counterpoint.

Note how the complementariness of these pairs of colours provides depth and stability to the collage which may have subjectively influenced my choice of these colours. 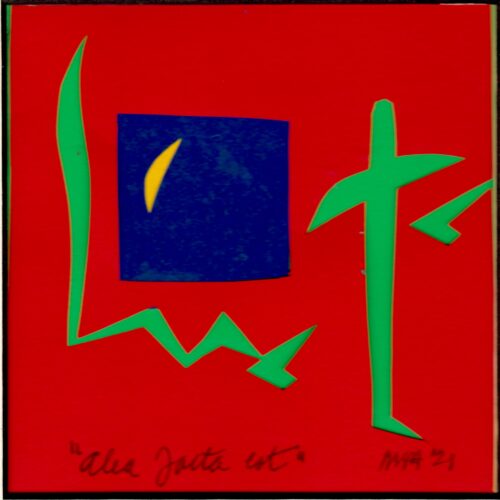 The die is cast

Attempted “trialogue” is the title I chose for the following collage, harking to my search for three randomly shaped pieces to compose the collage with here, one square and two triangular pieces.

All I added was the ondulation of an edge of the yellow triangle and the addition of a black crescent at the heart of the collage, producing a pleasant visual dance-like dynamic effect. 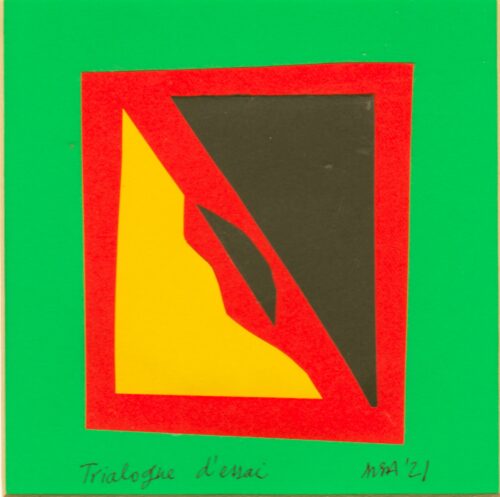 “Snakes and ladders” is the title of the following collage, with reference to the well known board game, because of two pre-existing embryo cuttings vaguely resembling a black ladder and a red snake. 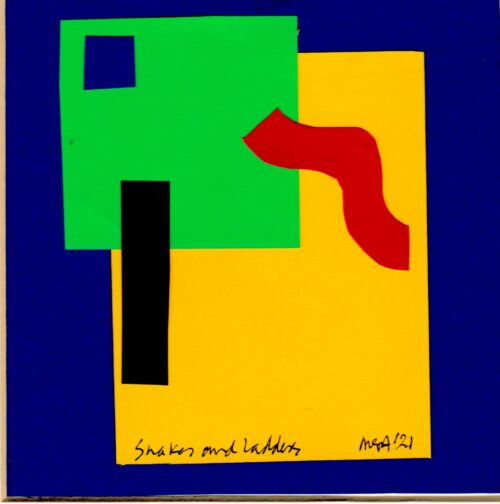 “Upside down” is the title I gave to the following collage, the starting point of which was a mauve stair-like pre-cut piece I placed upside down in order to avoid any literal association.

While the two black added triangles look like flaps from the mauve piece folded over, they also create a diagonal fault line, across which squares of complementary primary colours right up the whole composition. 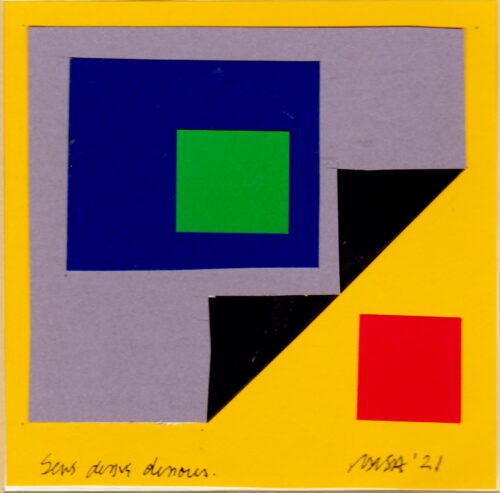 Dubious doubles is the title I used for the following collage. Starting with the pre-cut red free form shape I sensed it needed a buffer outline between it and the pale mauve background … hence the choice of a surrounding green edge.

These two regular geometric shapes, while contrasting with and standing up to the free-form one, did not suggest any narrative associations. 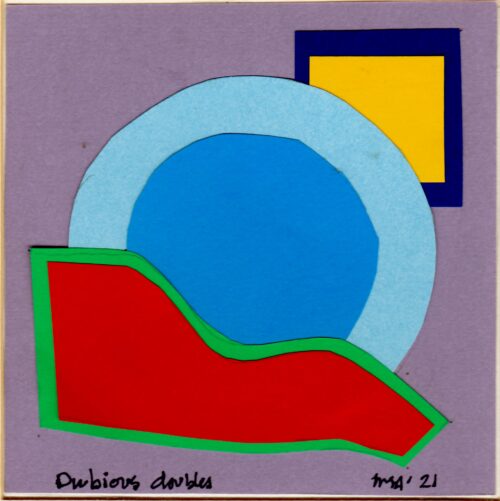 “Two tickets for Alexandria” is the title I gave the last collage as if ordering them at a travel agency!

The formal development started with the strong contrast between the black background and the green cut out piece that reminded me of the rocky spit separating the old and new ports of the city.

Starting with that geographical association the rest fell into place: the darkly outlined sea shoreline and horizon, the multicoloured petering out of the seaside promenade and the sharp contrasting oversized pair of square tickets that seem to float over the composition, carried by a nostalgia I wished to share with the reader … hence the two tickets! 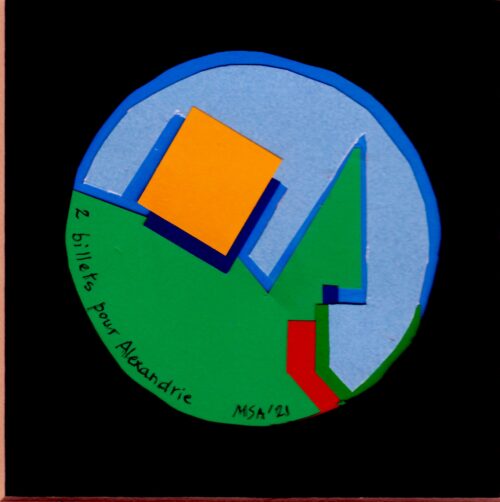 Credit all collages to Maurice Amiel