Is This How a Marathon Feels?

Has it really been a year?

Among those marking a year without live dance performances, choreographer/producer Deborah Brockus and her BrockusRED dance company has assembled a program of dance films contemplating the present, the past year, and history. The films join the company’s efforts including Drive-By Dance performances, helping with food banks, online lessons and workshops. Info at BrockusRED. Streaming starts Thurs., March 11, noon to Sun., March 14, midnight. Free access with reservation at the site. 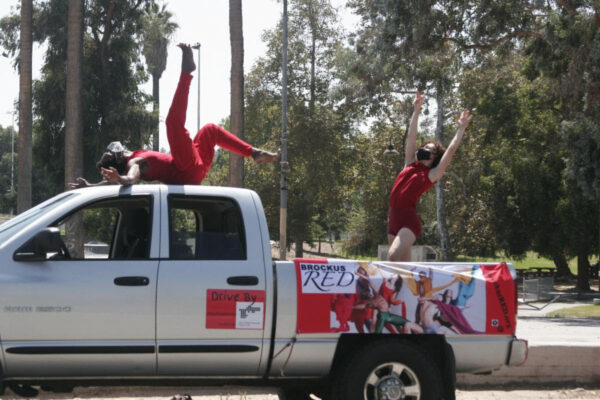 BrockusRED. Photo courtesy of the artists.

Getting in a groove

While Los Angeles Ballet isn’t back in theaters, its dancers are popping up in new ventures like Freaks with Lines and now LA Grooves, a collective whose membership closely tracks the LAB dance roster. This virtual performance of new choreography from six female choreographers was filmed on a downtown rooftop. Titled A Love Letter to LA, this event follows up their debut program Nutcracker Sweets this past December which can still be rented. Performance Sat., March 13, 5 p.m. PST. $12. Info and tickets at LA Grooves. 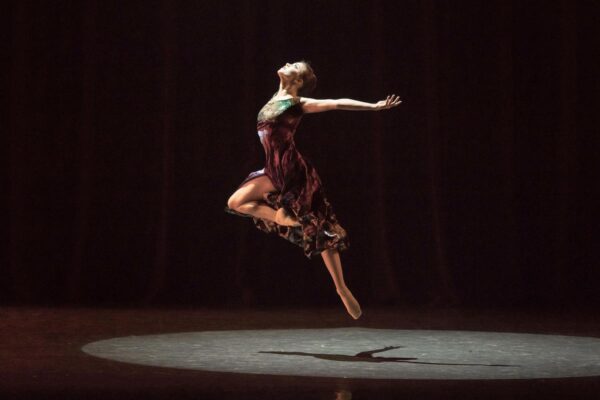 If this is Monday, where are we this week?

With support from three theaters, The Wallis and The Soraya in SoCal and The Harris in Chicago, Jacob Jonas The Company worked with more than 150 artists all over the globe to produce dance films for the series, Films.Dance. Pandemic restrictions still precludes travel but for 15 weeks that started January 25, a new film takes viewers to a different world destination each Monday until May 3. The films screen for free. Week 8 heads to NYC’s East Park Amphitheater where New York City Ballet’s Sara Mearns dances in ANOTHER SERIOUS DANCE FILM. The new addition joins Dadu set in the Dutch hamlet of Spaarnwoude, 正念 – NOW with BeijingDance/LDTX company dancer Li Kehua (Lico), Edging Normal with dancer Desmond Richardson in New York, Match bringing five choreographers and 46 dancers drawn from 20 countries in a scene-shifting world tour, Pássaro Distante from Brasil, Toke spotlighting Danish-born dancer Toke Broni Strandby in London locales, and Kaduna filmed in Nigeria. Mon., 9 a.m., free. New additions each Monday to May 3. Info on the full line-up of 15 films and free subscriptions at Films.Dance, The Wallis, The Soraya. 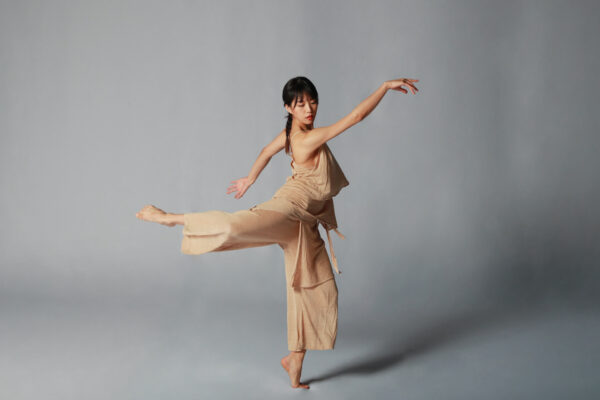 A good thing going away

What started as a one-time response to Mother’s Day last spring was so successful, Invertigo Dance Theatre extended its Digital Dance Care Packages after inquiries for something similar for graduations, birthdays or just an expression of caring in the isolated quarantine of the pandemic. Created by Invertigo dancers with the choreography inspired by three or four prompts, the trove of 90 short films have been assembled into a four-part, micro film festival series dubbed Care Package Cinema which concludes this week. A highlight in this finale, Holiday Special is a delightful couch-centered Father’s Day tribute. Details at Invertigo Dance. Mar., 10, 7 p.m., free with reservation. Eventbrite. 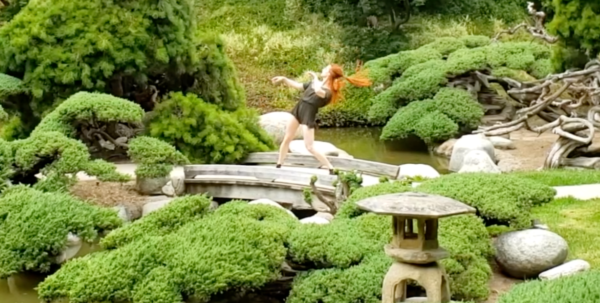 Is there a sequel

Originally staged in 2016 to sold out audiences, Invertigo Dance Theatre’s After It Happened receives a timely encore presentation. Set in the aftermath of a natural disaster, the work considers how a community rebuilds and scavenges for signs of hope and resilience. When originally presented, the work suggested a natural disaster, maybe an earthquake or flood. A pandemic that has snatched a half million Americans and millions more around the world was not in the thinking. With the current tragedy front and center, not over, but maybe headed toward containment, After It Happened offers a thoughtful consideration through dance that suggests ways to create and build a new normal. The performance gains an additional component of a physical reality from the hillside stage of the open-air Ford Theater where it was filmed. Available as part of its online showcase of prior SoCal dance performances at this beloved venue. Thurs., March 11, 6:30 p.m. PST. Free with reservation at The Ford or Invertigo Dance Theatre. 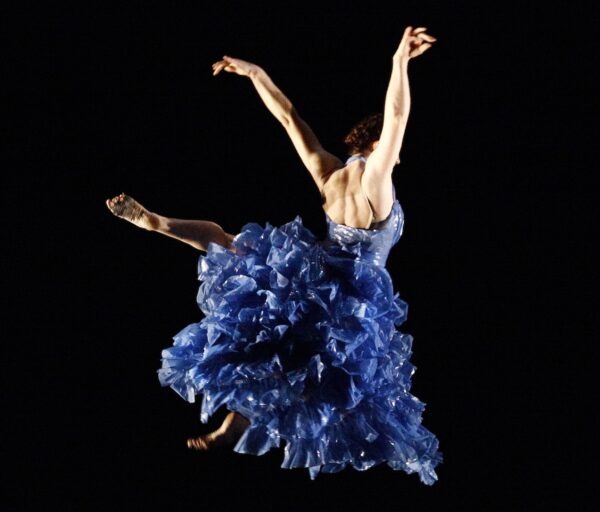 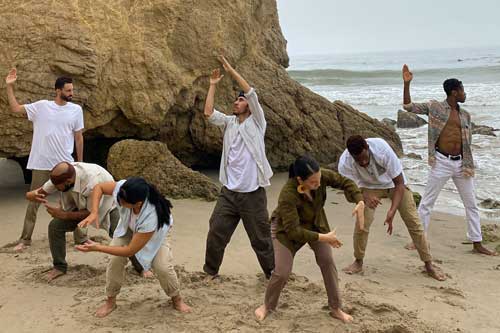 Drawing its title and subject matter from Clint Smith’s poem How to Raise a Son, the poet gives voice to his words as the camera follows dancer Dennzyl Green. A current member of the Nannette Brodie Dance Theatre, Green performs and shares choreography credit with Brodie. The film is the latest contribution from NBDT and the South Coast Dance Alliance. Free online on Vimeo. 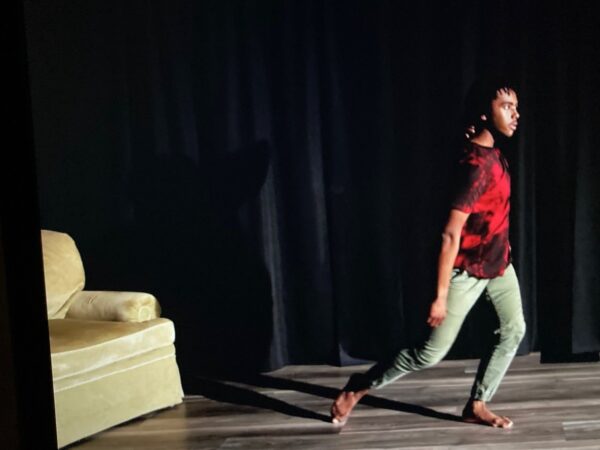 Choreographer Shenendoah Harris and her contemporary troupe Psychopomp have taken up residence on Patreon, a platform where supporters can join at four different levels, each with its own set of perks including a variety of classes and invitations to rehearsals. Those joining at the top two tiers before March 12 get an invitation for the Sat., March 13 screening of Sylkies plus the artist Q & A. https://www.patreon.com/psychopompdance 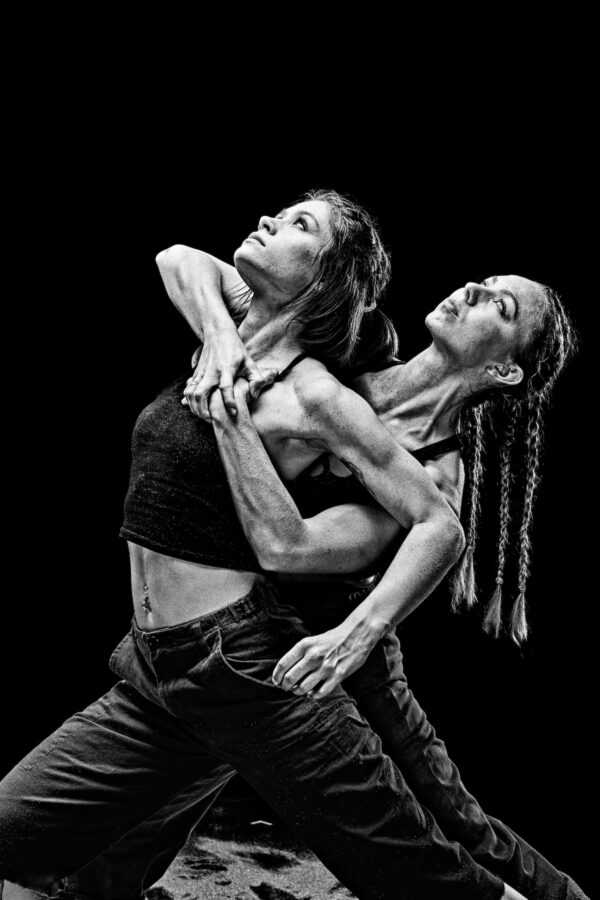 The SoCal contemporary ballet and aerial company Luminario Ballet has posted links to recent performances and also announced it has a new dance film coming sooon. The films are free at https://luminarioballet.org/, Over the past year, choreographer Melissa Barak and her contemporary Barak Ballet shifted online several fine filmed performances, a virtual gala, and its own instagram channel.  Some of the films are free at https://barakballet.org/and https://www.instagram.com/barakballet/ One of the most powerful filmed efforts from last year remains This is Me – Letters from the Front Lines from Diavolo Architecture in Motion and its Veterans Project. The film’s insights remain painfully true as military veterans who now are first responders confront what it means to be a warrior on the front lines of a pandemic as they gymnastically inhabit a world of pipes and moving structures while articulating the personal and professional realities of being on the front line of Covid-19. https://www.diavolo.org/thisismefilm Early in the pandemic, the street dance troupe Versa-Style Dance Company displayed a natural affinity to online streaming of performances and classes. The most recent film, Ending The Year With Hope, continues online and the company has a video filmed at the beach as part of the Music Center’s For the Love of LA series. The company’s YouTube channel hosts performance videos and videos on a range of life-skills subjects geared to young adults, but with pointers for all ages. Info at https://versastyledance.org/. Videos on YouTube and https://versastyledance.org/media/ The past comes present

While the theatre itself remains closed, the Ford continues several online series showcasing past dance and music performances. The array of local dance companies in the line up reflects how the beloved al fresco venue functioned as an informal summer dance festival showcasing the energy and diversity in SoCal dance. Look for contemporary from Lula Washington Dance Theatre, street dance from Versa-Style Dance, Brazilian from Viver Brasil, plus traditional and contemporary folkloric dance from Grandeza Mexicano Folk Ballet Company, Pacifico Dance Company, the LA Phil’s exploration of Tovaangar Today with dancer Ba’ac Garcia, and contemporary South Asian, Bollywood and Bhangra dance from Achinta S. McDaniel and her Blue13. All free. Complete calendar and information at The Ford. The pandemic caught Pasadena’s Lineage Dance Company in the midst of construction of its new Lineage Performing Arts Center as well as figuring out how to offer classes and performance in a pandemic. The construction is finished and the dance company has scored with several videos including its most recent staged in Pasadena’s iconic Gamble House. Videos free online at Lineage. The dance department at Cal State University Long Beach is among those shifting online videos to new dance channels on You Tube while also streaming two performances with dancers observing strict Covid-19 protocols.  Those performances and more are free at https://www.youtube.com/user/CSULBDance The movement and the music

Choreographer Pat Taylor’s work for her JazzAntiqua Dance and Music Ensemble ranges from pure celebration of the music to thoughtful considerations of the fight against racism and injustice. Videos stream for free at. http://www.jazzantiqua.org/javideoclips.html and https://www.youtube.com/results?search_query=jazz+antiqua+dance+ensemble The year of the pandemic has brought several filmed dance ventures and a recent change of leadership for LA Contemporary Dance Company. The films plus info on the new artistic director, classes, and other activities at their website. Its award-winning film Screaming Shapes! is just one of several videos from choreographer Sophia and the dancers of Iris Company continuing for free online at. Iris Company. With a new weekly online broadcast of a past performance, classes, workshops, and conversations, Viver Brasil was among the earliest LA dance companies to shift online and continues as one of the most active with videos, classes, workshops and more. https://www.viverbrasil.com/covid19-update  The troupe also is part of KCET’s Southland Sessions streaming at KCET. During the initial Covid–19 shutdown, 15 dancemakers created 90-second solos reflecting the range of reactions to the shelter-in-place order last spring. All 15 are collected in Emily Mast and Yehuda Duenyas’ project HOW ARE WE . Stream for free on Vimeo. 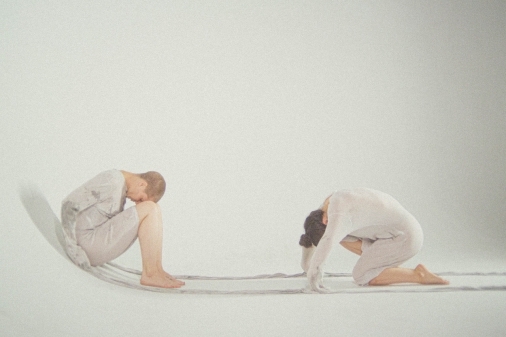 One of the first SoCal companies to offer a live performance in a parking lot,  Jacob Jonas and his eponymous Jacob Jonas The Company performed Parked with vehicles encircling the “stage,” their headlights illuminating the socially spaced dancers performing to live music by Anibal Sandoval. A short film documenting the one-night only event continues to stream.Info at http://jacobjonas.com/. Film on Vimeo. Dare to Dance. Photo courtesy of the artist.