Living & Dying In the Same Room

I’ve been talking to spoons as if they were babies for years now. Apologizing to body parts for harming them, promising to never do it again. I put my hand over my liver and say, “Sorry honey, I did it again.” Full conversations with a showerhead-god, rubbing my feisty hands together when things are going okay, I say, “So what’ll we do now boys?!” talking to furniture. What can I rearrange? What kind of soup can I summon from the netherworld, only to try tiny sips of it, alone. The rest I throw away, eventually. Into several plastic bags to shut it up, sorrowful, sour, spiritless sludge. So when I read OBIT by Victoria Chang, it was the first time I’ve seen real life given to anything and everything—only to kill them all off, one by one. She kills herself many times, along with her mother, in various stages of deaths, Voice Mail, Language, Logic, Ambition, a Chair and the Future itself. 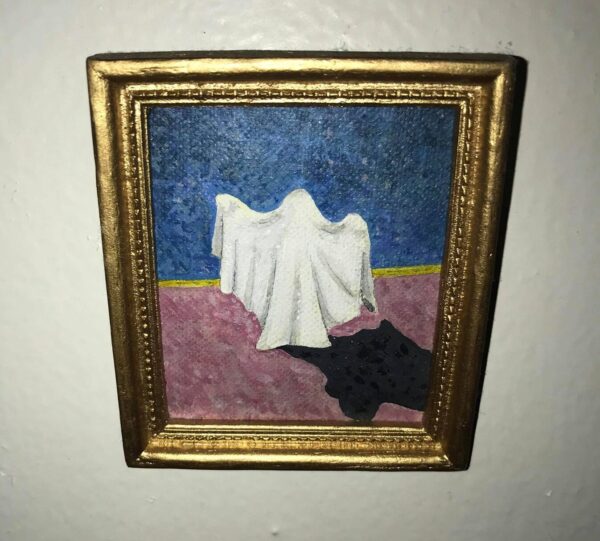 OBIT is like a Disney movie from hell. Better than hell. A bardo—a liminal space between the living and the dead that cohabitate, mingle and slip in and out one another’s vacuous hallways. Everything is alive and dying simultaneously; a broom might be dancing while a chair collapses. Although one might read it as “magical realism,” it’s the most realistic illustration of actual life I’ve ever witnessed on the page. We truly are constantly losing but we’re not lit up with awareness like Chang.

We like to think we’re the only living thing in an empty apartment. But as I type this now, my food is dying. Some of my food was a living animal and has been dead much longer than I would like to accept. The chicken doesn’t even have a ghost anymore; the ghost has done flown. Good for you, chicken-ghost. The sausage disgusts me so I dispose of it without a proper burial. Everything goes flying. The flowers the children gave me from my teaching job are all dead. That job is dead. They will all forget me. The daisies and other flowers I won’t pretend to name hang their heads in gentle repose, frozen shadows of a flower from the edge of Vesuvius. Plastic ivy mimics life and it will live far longer than any of us will. I am dying. Decaying. Slipping little-by-little through a window that no one will ever see when it is finally open enough to carry me out. I will have to weigh much less, so perhaps I will actually one day, be an “old lady” (although no one would see that one comin’). 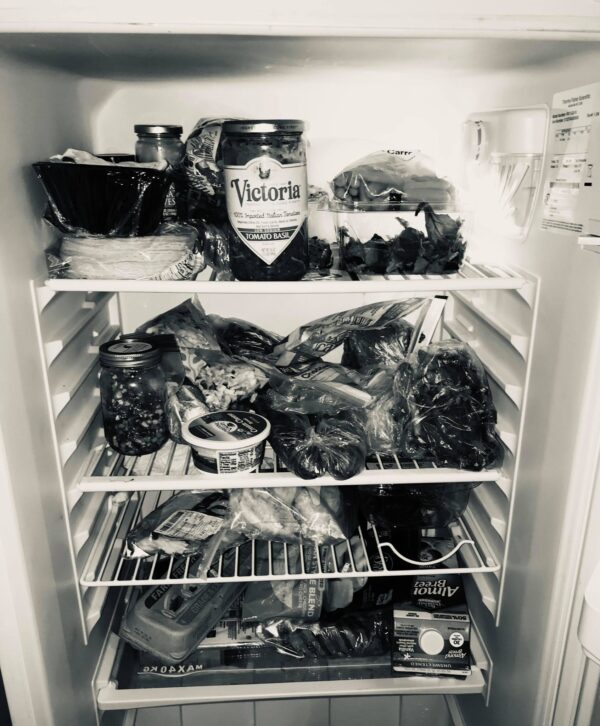 Accidental jar of sauce with the name Victoria positioned by an actual ghost.

Chang breaks up her fantasia of dancing objects and dying parents with Japanese traditional poems called tankas. I think it’s her way of inserting hope. Each tanka (something akin to a Haiku, different syllables/scheme) is about her children. Children are off limits in this world she has created (or perhaps the world she has allowed herself to see, to swallow whole). They are never spoken of outside of the tanka segments. Even with her courage and cut-throat ability to bare witness to all these deaths, she cannot, will not include them. But she does seem to warn them, worry for them:

I tell my children
that they can wake anything,
that they are not yet
dying. But what do I know?
I know that a mother dies.” (26)

I tell my children
that sometimes I too can hope,
that something nothing
moves but my love for someone
and the light from the dead star. (19)

When a mother dies,
a house becomes a forest.
My children, children,
know that I am in the trees.
True love means you won’t find me.

My children, children,
remember to let me go,
delete my number,
save the number of the trees.
Remember, the lemons speak.

The book is entirely filled with obituaries aside from these more direct messages to her kids. In her final obituary, Chang writes, “The dead hold the other half of our ticket. The/dead are an image of wind. And when/they comb their hair, our trees rustle” (104). 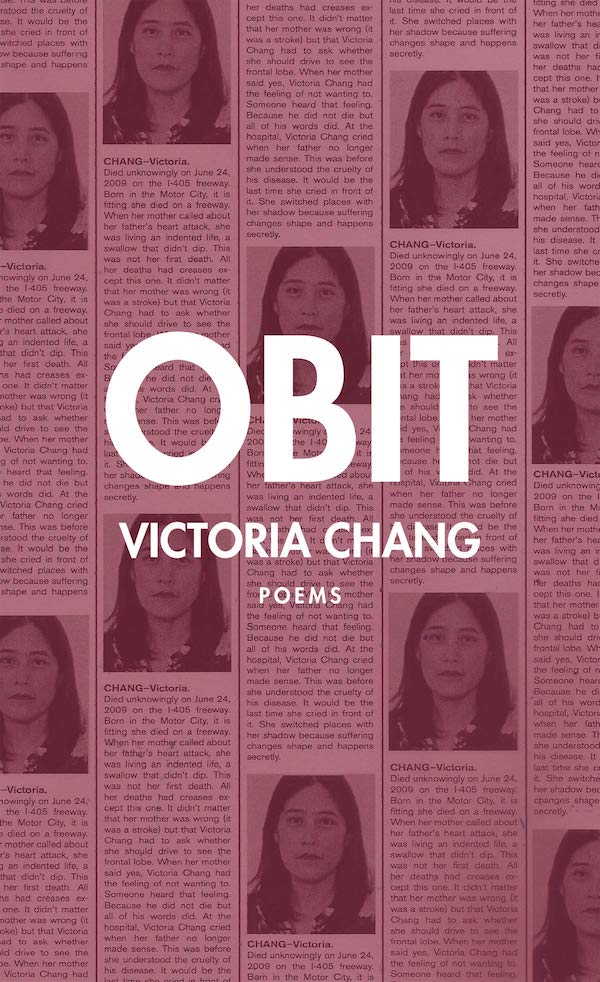 My grandmother used to say, with a little lament but also a bit of laughter at how stupid she thought everyone else was for not knowing this simple truth: “If only they could see that everything is a CIRCLE and NOT A FUCKING LINE for ONCE IN THEIR GODDAMN LIVES they would KNOW that everything is really okay.”

That loss is really only an exchange for some other form of giving, recycled breath, that death is a tradeoff so that something else may live, or that we may live—another way.