Ode to the Variants 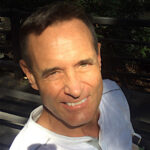 “America is one of the few countries with enough vaccines at its disposal to protect every resident — and yet it has the highest rates of vaccine hesitance or refusal of any nation except Russia.”

Ode to the Variants

Delta! You’re killing us, haha, but who’s laughing, well, I just did. The unvaxxed horror — it’s otherwise too much

Not for Epsilon, he’s up next, then Zeta, Eta, Theta … a red state transmogrification, a death cult mortification of the flesh

O beautiful for spacious shots and wavered states of pain

After Theta: Iota, an extremely small amount, a dim dot in the Greek eye’s syllabary

Watch out for the wee ones