One Night in Miami: The Actors

I had featured One Night in Miami, directed by Regina King from the 2013 play by Kemp Powers, in my second article about Women Directors. Now I am focusing on the actors playing the roles of Cassius Clay (Eli Goree), Malcom X (Kingsley Ben-Adir), Jim Brown (Aldis Hodge), Sam Cooke (Leslie Odom Jr). 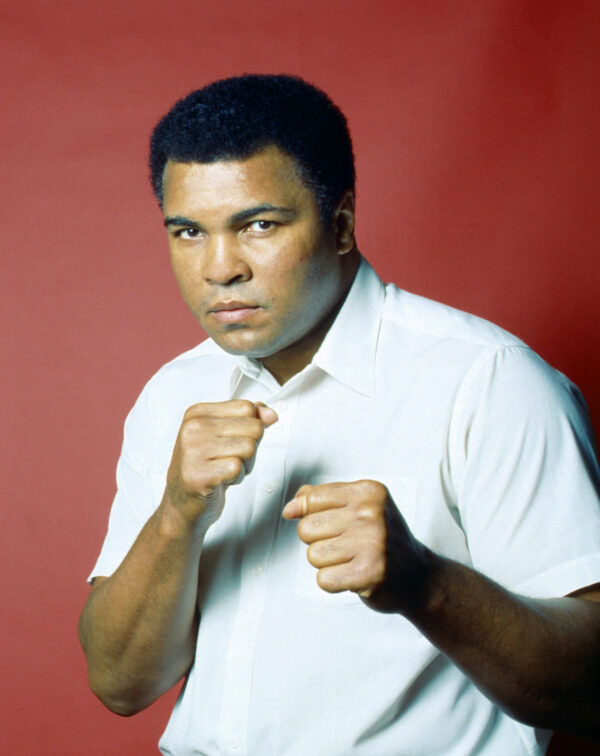 I met Muhammad Ali in 1984 at his Los Angeles home for a photo session, he gamely posed in a boxing stance for my camera, so I asked Eli Goree about the heavyweight champion’s dilemma.

“I can speak personally, as a black man, there is always a desire to have financial security, to make sure you and your family are taken care of, because there’s so many generational cycles of poverty that we face, that, as soon as you get the opportunity to escape that, you want to take it. At the same time, we are a very proud people and we don’t want to compromise our integrity for financial success. Cassius Clay finds himself trapped between his faith, his Muslim beliefs, and the opportunity to change his life, not only for his family, but for his whole community, millions of African-Americans. He was a Muslim for two or three years, he had been attending mosques and practicing Islam, but he couldn’t come out as a Muslim, because he realized that, if he wasn’t the champion yet, the powers that be would sabotage his career. So he took a calculated risk to wait until the night of the fight, once he had won, to make that announcement, because then, as he perceived it, they couldn’t take the title from him.” 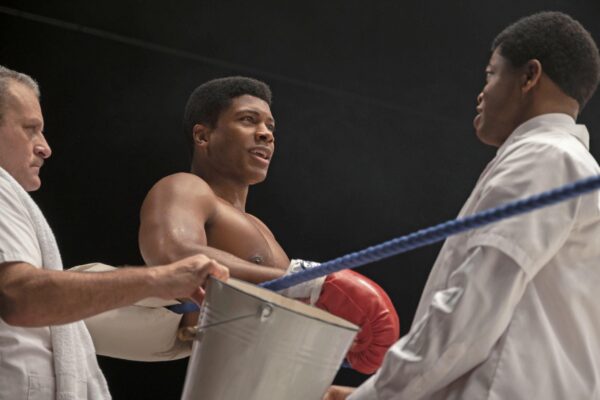 Ali was not stripped of his title for coming out as a Muslim on March 6, 1964, after defeating Sonny Liston in Miami on February 25, at the age of 22, but in 1966, when he was found guilty of draft evasion for refusing to fight in the Vietnam War. I had seen Ali (2001) directed by Michael Mann with Will Smith, covering the years from 1964 to 1974 when the boxing champion regained his title.

I had read The Autobiography of Malcolm X (1965) as a young leftist in Italy, then seen the 1992 movie directed by Spike Lee with Denzel Washington, that shows him shot to death on February 21, 1965. So I asked Kingsley Ben-Adir about Malcolm Little.

“Malcolm’s feeling around this time was that he felt weak and hollow, that no one knew the torments he went through. He really put his life on the line for black people, and he was in real danger, but he had this recklessness for his own safety. He was actually a sweet and bashful man, and a wonderful father, but the caricature that we know of Malcolm, because of how the media portrayed him, is that of the lacerating demagogue. I don’t know who killed Malcolm, but he said that he would be killed by the Nation of Islam or by the FBI or a combination of the two.”

Only this year the letter of a deceased NYPD police officer, Sam Wood, revealed that he cooperated with the FBI to frame Khalil Islam for the murder of the Black leader. 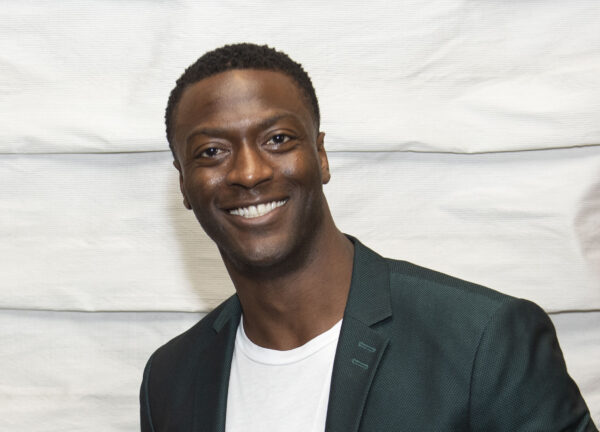 I had seen Aldis Hodge in three performances in 2019, in the movies Brian Banks, where he portrayed the high school football player falsely accused of rape, Clemency, where he played a death-row prisoner claiming his innocence, and as a Boston District Attorney in the TV series City on the Hill with Kevin Bacon. This is what he said of the NFL football player James Brown who is still alive today at the age of 85.

“Jim Brown at his moment in 1964 is in a transitional space, he’s moving from football to film and television. It’s a business move because he’s taking control of his narrative and of his value in the market place, but he understands that they’ll never give him back as much as he’s actually worth, so he’s gonna do it himself. That’s why he’s hanging around guys like Cassius Clay and Sam Cooke and Malcolm X, because they’re all on their individual journeys, but pointed towards the same goal, so there’s a synergy with what each one of these men is going through.” 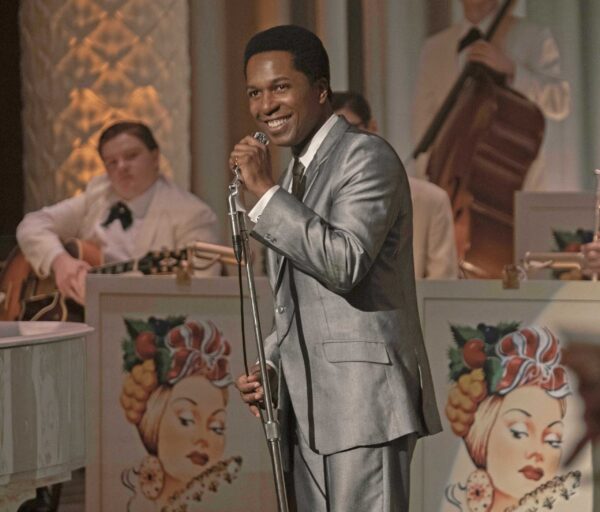 I had seen Leslie Odom Jr. in Harriet (2019) directed by Kasi Lemmons, in the film version of the stage musical Hamilton by Lin-Manuel Miranda, in the movie Music by Sia. I asked him about Samuel Cook, the singer who was killed on December 11, 1964

“When Sam Cooke heard Bob Dylan’s Blowing in the Wind, he thought to himself that he should have written that song. It haunted him actually. Of course, none of us really know what those four gentlemen talked about that night, but Kemp Powers put Sam’s insecurity in the mouth of Malcolm, who became the external representation of his internal doubts. I could relate to Sam wanting to feel useful as an artist, he wanted to make something that was of value to his people.”

Cooke had performed his song A Change Is Gonna Come on The Tonight Show on February 7, 1964, that would become an anthem for the Civil Rights Movement.