I am a happily married man and a proud father, and mine and my wife’s two beautiful, brilliant, weird children may not be here were it not for Austrian psychoanalyst Wilhelm Reich.

If that’s not enough of an odd segue for you, try this: to trace that butterfly effect, we have to start with the Kent State shootings.

300 students participated in a campus anti-war protest in 1970. Four were killed and nine injured when the National Guard opened fire. Jerry Casale was one of the protesters who escaped injury, but as he has stated in several interviews, he was traumatized by what he witnessed. His art project with friends Bob Lewis and Mark Mothersbaugh, satirical with visual pieces and musical performances invoking the regression of humanity, started gaining a more profound and pessimistic edge.

The group took on the name Devo—meaning “de-evolution”—and forged ahead. They secured opportunities thanks to fans like David Bowie, Iggy Pop, and Neil Young, and became Warner Bros. recording artists. In 1980, the band’s breakthrough album Freedom of Choice made them international stars. Matching outfits was part of the shtick, often including red “energy dome” hats. 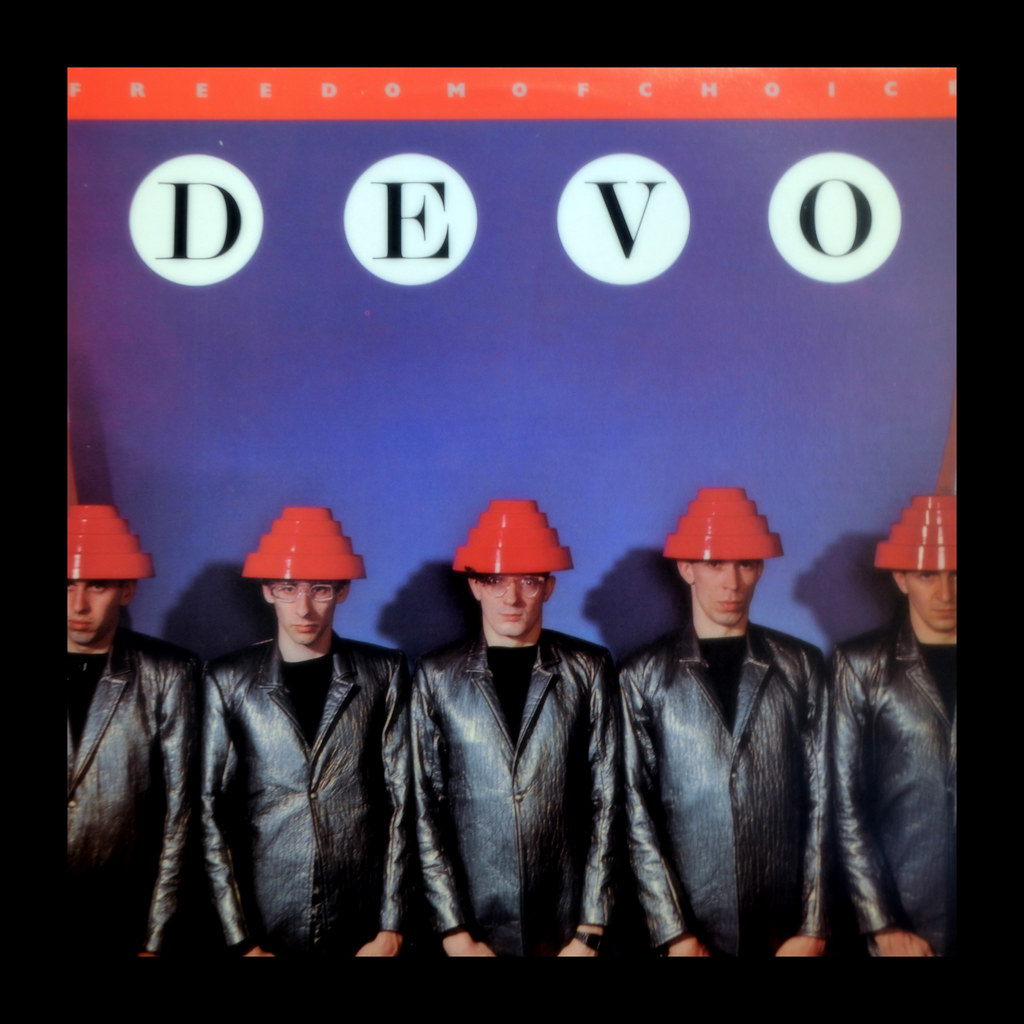 It was only 14 years later that a group of friends and Devo fans at a Mormon church in Brea, California played their first house party, taking more than a few pages out of their heroes’ playbook by wearing costumes and combining that band’s sound with surf rock and ska. That band became The Aquabats.

And in the mid-2000s, it was on an Aquabats internet messageboard that my friend Ryan Avery, the subject of the 2008 documentary “Hi, My Name Is Ryan,” met one of the members of Bay Area electroclash duo Triple Nipple. I met and fell for the other half when Ryan booked us all on the same show. I married her a few years later, and while our kids have never heard an Aquabats song and were scared off by the characters on “Yo Gabba Gabba,” the kids’ show co-created by Aquabats lead singer Christian Jacobs, my son has danced and banged his head with me before to Devo’s “Gates of Steel.”

Now, about those red hats that made Devo famous and influenced The Aquabats…

Mothersbaugh and Casale were inspired by simple geometric design in the Bauhaus style (that’s the German art school, not the British goth band) and ancient religious structures like the ziggurats of Mesopotamia and the Aztec temples of Mesoamerica. Devo’s story about the hats was that they were energy domes collecting “Orgone energy” and pushing it back down, letting it float into the medulla oblongata.

So what the hell is orgone? It’s a bit like Austin Powers’ mojo, and was conceived after Wilhelm Reich moved to the United States. 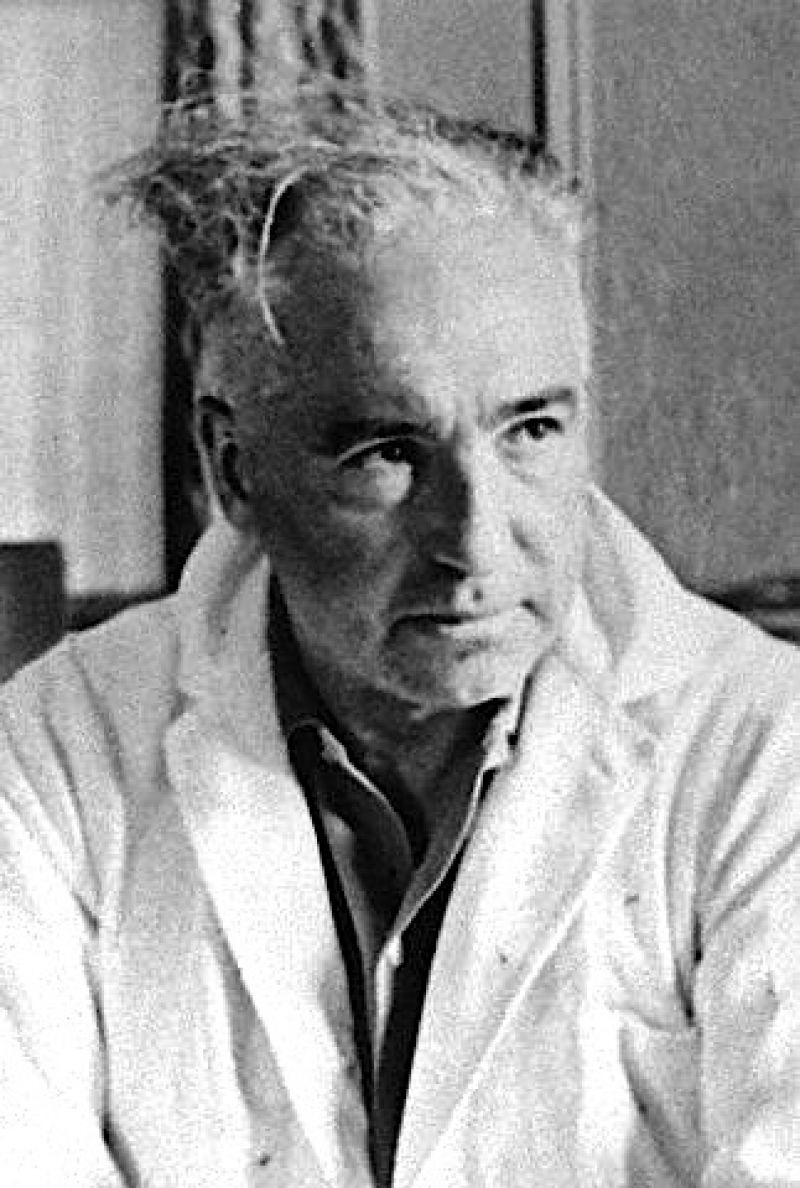 According to my favorite mathematician and science writer, the late Martin Gardener, orgone is the extension of Sigmund Freud’s concept of the libido as a biological energy. In Fads and Fallacies in the Name of Science, Gardner writes, “Reich is convinced that his discovery of orgone fulfills this hope… a non-electro-magnetic force which permeates all of nature.” These were said to be visible in “heat waves… shimmering above roads and mountaintops… electric disturbances during sunspot activity, lightning, radio interference, and all other forms of static discharge.” Reich believed lack of orgone led to disease, abundance leading to vitality.

Albert Einstein came to Reich’s New Jersey home to participate in experiments involving an orgone accumulator, which according to Reich biographer Myron Sharaf’s Fury On Earth, was really just a small Faraday cage wrapped in wood and paper. Einstein took temperature readings for the next week and a half, but determined there was no accumulation of energy, only normal changes due to thermal convection. Reich’s disagreement with Einstein’s findings led to a bitter falling out, Einstein not wanting his name invoked in Reich’s research or anything he may advertise, and Reich threatening to publish their correspondence (which ultimately happened in 1953 with Reich’s The Einstein Affair).

Reich’s career, personal life, and reputation circled the drain from there, with an arrest fueled first by anti-Communist paranoia and mistaken identity (there was a second Wilhelm Reich who ran a bookstore, also in New Jersey), then bad press penned by a reporter who was anti-psychoanalysis, and ultimately allegations involving shady experimentation with orgone accumulators, including studies using children as subjects and employing abusive therapists. The Federal Drug Administration ordered all orgone accumulators destroyed and Reich’s writings burned. Reich had some UFO chasing adventures before violating the injunction against selling accumulators, got sent to federal prison, and died in his cell several months later from a heart attack, a week before his parole hearing.

Reich’s work has been widely dismissed as pseudoscience, yet still has an influence rippling through pop culture. William S. Burroughs cited it in his stories and even built his own accumulator. Jack Kerouac talked about an accumulator in On The Road. Kate Bush’s song “Cloudbusting,” named after another Reich theory involving machines that could make rain, borrows from the memoirs of Reich’s son Peter.

As reported by refinery29, Osho, leader of the Rajneesphuram community documented in Netflix’s “Wild Wild Country,” was also purportedly a big fan of Reich, and after Osho’s death in the 1990s, one of his followers in India constructed an accumulator.

More recently, an escalation of Reich’s orgone theory was devised by Austrian occultist Karl Hans Welz, who also dubs himself “the inventor of the Chi Generator,” and expanded upon by self-declared psychic Carol Croft and her husband Don. They peddle a substance dubbed orgonite “a mixture of catalyzed fiberglass resin with metal shavings, poured into molds. Crystals, essential oils, high vibration organic materials can be added to the mixture for their ability to make the energy more coherent or to enhance the working of the orgonite.”

The two children of America’s own “Fresh Prince” Will Smith and actress/uncomfortable web show host Jada Pinkett formed their own orgonite inspired cult with “Keeping Up With The Kardashians” star Kylie Jenner. According to 2014 reports in Buzzfeed and Gawker, Willow and Jaden Smith joined Jenner in The Orgonite Society, whose current bio on Instagram explains, “We Are A Secret Society Of Individuals Who Create And Place Orgonite To Balance Gaia’s Energies.”

From the Beat Generation writers to Generation Z Instagram influencers is quite the journey for orgone, with a lot of stumbles from very sketchy people. But at least we got “Whip It” out of the deal, and I got to build a family on a foundation of decent musical taste.

h. is a writer from Magical Higley AZ, by way of Phoenix and Los Angeles. He received an MFA in Creative Writing from Antioch University Los Angeles and a BA in English Literature from Arizona State University. He has written for outlets including Discover Pods, Drunk Monkeys, Modest Proposal, and Soy Not Oi, and he works as an editor at Meow Meow Pow Pow and Screenshot Lit. More info at HubUnofficial.com.
hubunofficial@gmail.com https://www.hubunofficial.com hub.unofficial hubunofficial