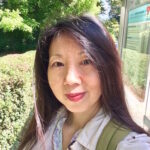 By the time you read this, this place may be gone or saved,
and with it, the people who make this community

holistic in all its laughter, solidarity and fights,
yes, fights too, outbursts of heart-wrenching fights

about having no money to be in the store,
about credit cards being declined,

about giving people a job if you want them to pay.
The belligerent last stands of people down to the wire.

The jokes of the store owner diffuse situations
while holding the business line, and yet, despite the skirmishes

for the survival of each in this urban jungle, and despite the store
owner’s background as a new immigrant from Africa,

still– respect for each other’s humanity, and the fellowship of
blackness, a tie of brotherhood more like a sense of neighborhood

united against the tide of gentrification; a shared raft for those left
on the margins of the city’s prosperity.

Through this open door, their few dollars can still afford the pink of bottled
soda or the orange of bottled juice or the alluring amber of liquor,

small drops of joy, safe bubbles, rocking amidst the stormy madness
of daily lives excluded and alienated as economic refugees

in their own Chocolate City.

Today, a messenger, lily-white like a funeral, came
through the door:

city shopping blocks. (But I digress, although to correct
the Asian-Black shared history erasure.)

What purpose might the lily-white messenger have? Maybe
he made a mistake? Alas, no mistake for this stealth carrier dropping
the bomb of the new white landlord’s eviction court papers, coming

Their SOS intersected with the trajectory of my search for justice,
I, child of refugees of the Vietnam War (actually, for my Hmong ethnic

family, more like the CIA Secret War in Laos), still burning with the fire

of redress from my parents’ forced exile, as we speak the same language:
of displacement. But my legalese clouds my eyes with the specter of

unfriendly rules, so as the store owner carries his heavy cases of happiness
bottled in rainbow colors, he says, “you fear because you care a lot,

and that’s good, but we have justice on our side, so we fight”,
and he reminds me:

we, war refugees and immigrant or local economic refugees,

we also share the language of hope and faith against all odds.

In DC Ward 4, the Crestwood buzzes like a Babylon Tower,
with the sounds of every corner of the world sharing walls

lonely days in the Capital city. The common hallways and
elevators lilt with greetings accented by tongues

from faraway places courteously exchanging hellos and
have a good one! Sending the warmth of belonging to one

human family sheltering together in this rent-controlled,
multifamily complex, this oasis of safe and affordable

housing, we all call home.

through rows of produce piling fruit gems among green
leaves divided by root veggies, lined in the back

by dried nuts: picture perfect, it feels like stepping into
a suburban store, but in the inner city, and staffed

by busy locals who seem to love their jobs, making
fresh food available to their neighbors, like this Hmong poet

who beelines here to find the best mangoes, blushing
red on yellow or dark emerald green,

they look nothing like the mangoes from her uncle’s garden in
Laos, but they still taste like her one trip to the land of

her ancestors, transported just one metro station
away from her country-that-could-have been.

by the passage of vehicles, she bikes the intraveins
of the city, circumvents traffic juggernauts,

seeks the shade of tree canopies. Hair flying
in the breeze dancing with petals showering in

spring or golden gingko leaves sweeping in
autumn, on her route, row houses slip by one by one.

in the circle of community. Up Upshur, past
16th Street, she marvels at the cherry tree dangling

with ruby red earrings where pink blush blossoms
used to wave in the wind, now they ring summer

that greets her at the intersection randomly sown
with wild prairie seeds, blooming in a splash of salmon

and white and red poppies: mesmerized,
she descends from her faithful aluminum Trek

His was the earthiness of bread
not the flakiness of croissant.

Seeds, and oil, and brown flour,
with a pinch of salt, and hands that

kneaded dough with the patience
of français de souche, not the ones

touted by nationalist purists as the only
true French rooted to French soil,

but the French from the farmlands,
not tall from generations of laboring

between the moist soil and the golden sun
and growing a heart big like shared bread.

Mostly, his, was the comfort of bread, soft and
steady under the color and flavor of jam, butter,

paté, cheese, his beloved wife and friends,
including me, his fellow French American.

Sings Timaya in Nigerian Afrobeat.
As Sherif sways and shuffles,

clothed in canvas splattered with colors
dancing from his brushes to his coverall,

we gravitate to his light melting the winter icy chill
warming up to the painter touching up his painting.

Voilà. escapes from his mouth and I ask,
Do you speak French? I mean, Parlez vouz français?

Oui, I grew in Paris, says he, I grew up in Bordeaux,
Says I, oh, smile we, finding us French Americans.

Do you know it’s National Croissant Day? Says I.
Really, says he, good thing I ate my croissant this morning!

I will write a poem about you, is that cool?, says I.
D’accord, says he, and au revoir, say we.

In DC on National Croissant Day: We, French Americans

View Author Archive
Pacyinz Lyfoung is a French-born, Minnesota-grown, Hmong American woman writer and professional. Her professional career has spanned a broad range of approaches to social justice, from serving as a legal aid attorney to global public interest intellectual property pro bono legal services. She has published poetry in several outlets, such as Paj Naub Voice, the Asian American Renaissance Journal, the Journal of Southeast Asian Studies, and more recently, the Stonecoast Review, Split This Rock’s* The Quarry: An Online Database of Social Justice Poetry*, and Another Chicago Magazine. She currently resides in Washington-DC, where she works as an independent consultant specializing in new strategies for IP, technology for good, and social justice.