For this sixty-third post in our Poets on Craft series, we have Al Ortolani and William Trowbridge. 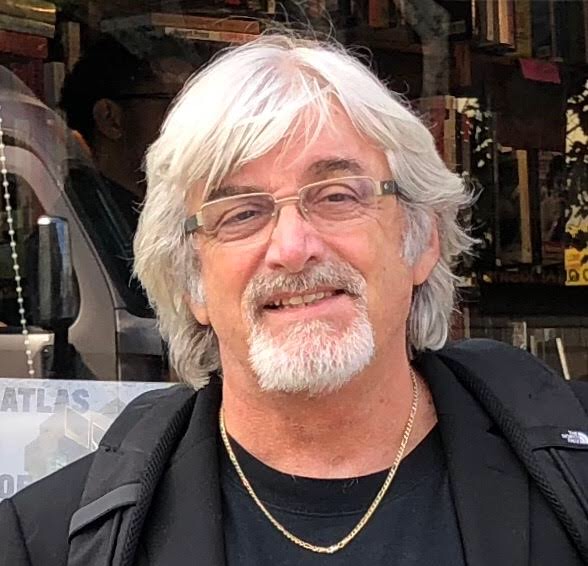 Al Ortolani is the Manuscript Editor for Woodley Press in Topeka, Kansas, and has directed a memoir writing project for Vietnam veterans across Kansas in association with the Library of Congress and Humanities Kansas. He was a 2019 recipient of the Rattle Chapbook Series Award. He has been a Kansas Notable Book recipient in 2017 and 2021. His poetry has appeared in Ted Kooser’s American Life in Poetry and in Garrison Keillor’s Writer’s Almanac.

Several years ago, I had the opportunity to listen to William Stafford give a reading at Pittsburg State University. I had always followed his poems closely, finding imagery and a voice that I tried to emulate. I was teaching at Pittsburg High School at the time, so I encouraged my writing students to attend (extra credit). The next day at the University, Mr. Stafford held a workshop on campus. A couple of my more resolute high school students cut class and attended.

My students told me upon returning that Stafford talked about how he wrote every day, and when asked about writer’s block, he said he lowered his standards and wrote anyway. That idea was so simple that it blew me away.

Somewhere I’d heard that writing begets writing. So, I attempt to write every day. When teaching, I arrived at school early when the hallways were shadowy. I’d make coffee and give myself time to journal. After I retired, the process continued. Although without the structure of bells, I found myself flailing in open water. I had to force myself to sit at the computer. Lack of structure and a lack of writing discipline is a problem.

Often, I sit at my computer and wait for a good first line to pop into my head. Usually, I read poems by my favorite poets to prime the pump. On occasion, I write about what I see from the window, hoping a bright idea will emerge. I’ve ended up with too many poems about my dog or squirrels or rabbits or wind in the maples. At other times I’ll start with a memory and try to milk it for truth. Frankly, I begin wherever I can and write in whatever way I can. Sometimes my free writing is weak or forced or fails to make sense, at least, until it doesn’t.

If it’s a “good” writing day, there will be an energy in the process, such as an original phrase, a simile, a rhythm in voice, and I’ll have the tip of a poem emerge. Usually, this is a gut level feeling, a sense that I may have a poem worth working on.

I keep whatever I write in my journal. If I have the makings of a poem, I’ll copy and paste it into a word document, and work on it until the poem says what it’s meant to say. Frequently, I’ll have to leave the poem alone for days or weeks, and then come back to it with a fresh eye. At this point, I focus on the details, looking for original word choice, better specifics, polished punctuation and spelling. This is true of whatever style of poem I’m working on, whether it is haiku, a sonnet, or free verse.

I play with my line breaks to see how the change in positioning adds emphasis to the timing of the voice and to the punch of the theme. I’m very visual, seeing the layout of the lines helps me understand the poem’s direction.

A problem is knowing when to stop, in understanding when a poem has said all it can say. My tendency is to overwrite, to keep pounding the reader with images that I think are cool, catchy, or meaningful, but, in fact, muddy the fishbowl. I try to be cold-hearted with my favorite lines and images. It’s dangerous to like a poem too much, easy to become soft-hearted and not see when a scalpel is needed, especially at the end of a poem when the conclusion is best said with less. 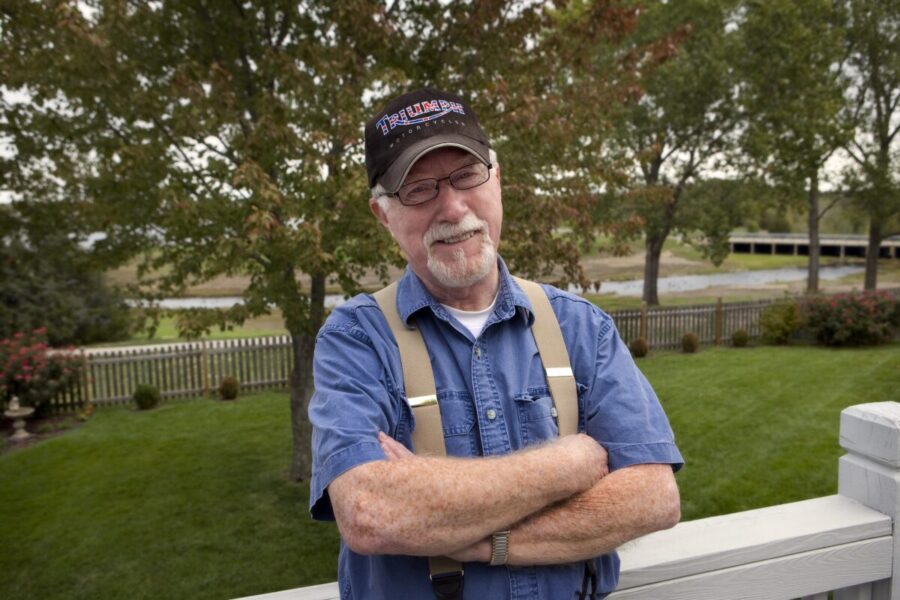 William Trowbridge’s eighth poetry collection, Oldguy: Superhero—The Complete Collection, came out from Red Hen Press in October, 2019. His ninth, Call Me Fool, is forthcoming from Red Hen in September, 2022. He is a faculty mentor in the University of Nebraska Omaha Low-residency MFA in Writing Program and was Poet Laureate of Missouri from 2012 to 2016. For more information, see his website williamtrowbridge.net.

Rather than just start a poem, I try to stay alert for something that will start one for me: that is, I collect triggering images that I notice as I go through each day. They may come in the form of an object or a piece of conversation, or a memory that suddenly surfaces. I then jot down a phrase or short sentence that will get me started on the poem when I have the time and place to do so.

This can get a bit risky when I’m driving somewhere and have to write on the middle of the steering wheel. But if I don’t write these notes down, I may well forget the encounter that prompted them.

I enter these jottings in a notebook, which I consult when searching for something to get me started on a poem. First, I discard the ones that no longer seem to radiate enough energy. Then I select one that does and plunge in, often starting with a title—which I usually  change when the poem finally tells me what it’s really about. I tell my students to always follow where the poem seems to be leading them, instead of trying to stick to the idea they started with as if they were supporting a thesis statement on a freshman essay.

Letting the poem do the guiding is perhaps the best way to know how to move from one line to the next. It’s not always a seamless process: sometimes I have to put the poem aside in order for its advice to sink in. And, occasionally, there comes a still birth I just have to bury—though not before a waiting period, when the stillborn can turn out to be alive. I’m talking about process, not some formula. Writing fiction, drama, and creative non-fiction also involve process.

An example I often use to illustrate what I’m talking about here is a poem of mine entitled “Enter Dark Stranger.” The triggering image was a robin I happened to notice as I was walking out of my office building. It immediately took off, giving me a slight feeling that I’d been misunderstood, that I didn’t want to harm the little creature. Of course, it had learned early to flee from large carnivores.

I  made a note on a scrap of paper: something brief, like “robin fleeing.” When, at my desk, the note seemed to generate good energy, I started the poem. It turned out to be about our place among the smaller creatures on the planet.

A series of images echoing the robin’s retreat began to occur to me: the cur that slinks away from the villain gunslinger in the film classic Shane, a cartoon snail picking up the hems of its shell and scramming, then a series of squirrels, finches, chipmunks, millipedes—all fleeing large carnivores, us among them. By the way, I’m a pop culture buff, images from which often surface when I’m writing a poem.

I thought the poem would end on that notion of our killer instincts toward smaller, inhabitants of other species. But it didn’t seem to want to end there. It occurred to me, later, that when we do kill those creatures, it’s more often unintentional. We swat an annoying gnat away, killing it. We hit a bird when driving down the highway.

So a second stanza came to me. It triggered images of such killings: the Frankenstein monster playfully tossing the little girl into the stream, not knowing that it will kill her; Kong making off with Fay Wray, sometimes swatting or stepping on humans along the way. Again, pop culture to the rescue.

So the second stanza became a kind of contradiction of the first, one that took me some time to realize. By the way, self-contradiction is allowable in poetry. I had no idea of how this poem would turn out when I began it. Here’s the finished project—with a title that had replaced the one I started the poem with.

In Shane, when Jack Palance first appears,
a stray cur takes one look and slinks away
on tiptoes, able, we understand, to recognize
something truly dark. So it seems
when we appear, crunching through the woods.
A robin cocks her head, then hops off,
ready to fly like hell and leave us the worm.
A chipmunk, peering out from his hole
beneath a maple root, crash dives
when he hears our step. The alarm spreads in a skittering
of squirrels, finches, millipedes. Imagine
a snail picking up the hems of its shell
and hauling ass for cover. He’s studied carnivores,
seen the menu, noticed the escargots.

But forget Palance, who would have murdered Alabama
just for fun. Think of Karloff’s monster,
full of lonely love but too hideous
to bear; or Kong, bereft with Fay Wray
shrieking in his hand: the flies circle our heads
like angry biplanes, and the ants hoist pitchforks
to march on our ankles as we watch the burgher’s daughter
bob downstream in a ring of daisies.