For this sixty-ninth post in our Poets on Craft series, we have Alysia Li Ying Sawchyn and Marisa Siegel. 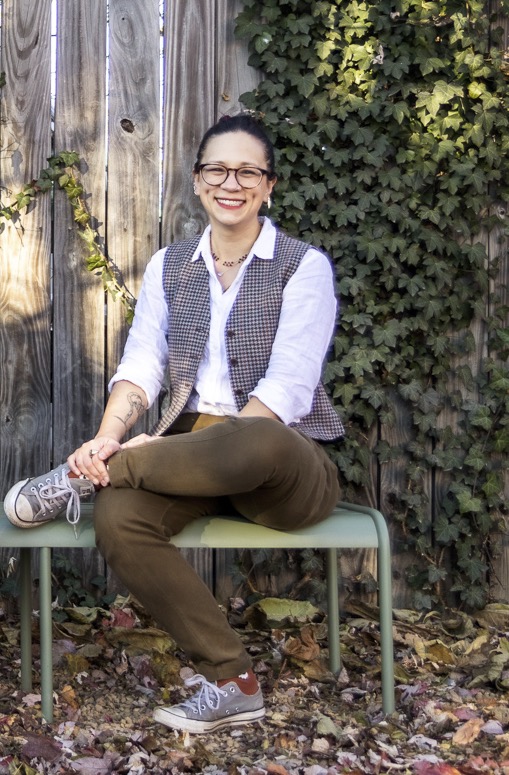 Alysia Li Ying Sawchyn is the editor-in-chief at The Rumpus magazine. She will be a Professor of Creative Writing at Warren Wilson this coming fall and also has this thing for flowers. Her book A Fish Growing Lungs (Burrow Press, 2020) was a finalist for The Believer Award in nonfiction.

I spent a few blurry weeks in Tennessee last summer, eating meals under white tents sitting between all sorts of brilliant people and shooing well-trained flies away from my food. On several occasions, especially in the mornings, I found myself at a table full of poets.

It had been decided that, after the playwrights, the poets were far and away the best-looking group of writers on that southern mountaintop. Q: What does this have to do with breakfast, or with writing poetry? A: I am too tired to be intimidated in the mornings, and despite contributing to this series, I cannot call myself a “poet,” though I can accept I am a “person who writes poetry.”

In graduate school, the students who studied poetry made profound-sounding statements that I understood only enough to make appropriate facial expressions in response. They said things like couplets were best-suited to complete thoughts and spoke about the function of white space as if it could be measured and claimed that any gun in a poem is a penis (that one I did understand).

Now that I am no longer in graduate school and am instead teaching, I’m not always sure who to ask when I have questions about the particularities of craft, especially when it comes to poetry.

Here is the thing I had been wanting to ask: what is the difference between a flash essay and prose poem? Is it something about the text itself? If so, is this determined by its content or its form? Both? What percentage? Or is it, as I suspect, more whatever the author decides to call it, à la the Seneca Review’s anthology Might as Well Call It a Lyric Essay?

However, it seems that asking the question, “What’s the difference between a flash essay and a prose poem?” at breakfast with a table of poets is an aggressive maneuver. It prompts observations about the early hour and questions like, “Are we even having a conversation? Is this a test? Who is this person making noise?” A slightly better way in—especially when you know that one of the breakfasting poets writes in a narrative style—is, “What drew you to writing poetry instead of prose?”

There eventually comes a point during breakfast when the caffeine begins to propel a person’s speech faster than it activates their superego; this is the moment where you can safely ask the most beautiful people the silliest questions that have been troubling you for so long. 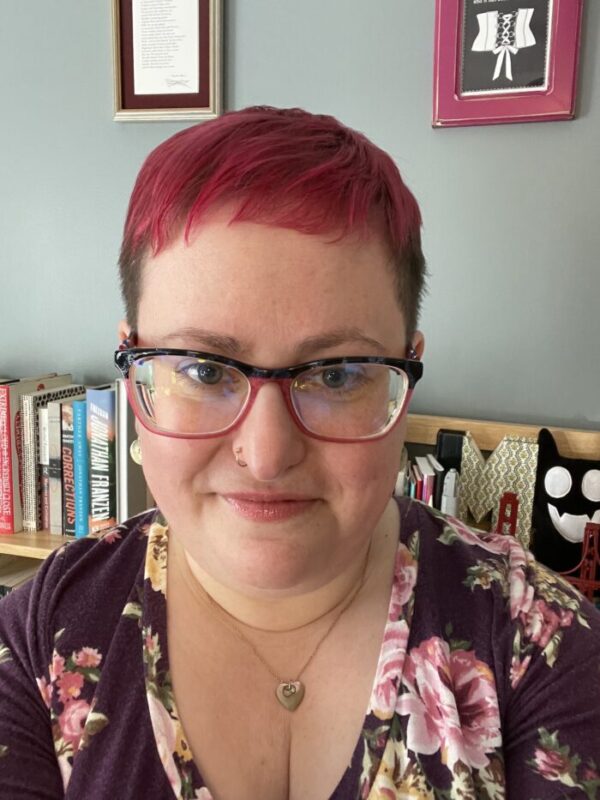 Marisa Siegel’s essay “Inherited Anger” appears in the anthology Burn It Down (Seal Press, 2019) and her debut poetry chapbook, Fixed Stars, is forthcoming from Burrow Press in April 2022. She is senior acquiring editor for trade at Northwestern University Press, and editor-at-large for The Rumpus. Follow her on Twitter at @marisasaystweet.

Each poem has its own architecture and begins in its own way: sometimes, especially if I’m feeling itchy to write but stuck, I begin with some formal conceit or grammatical construction I want to poke at and trouble, and so, structure provides the foundation. More often, though, a particular word or phrase lodges itself in my brain and the poem grows outward from there, a structure unfolding or suggesting itself as I write.

Then there are those times when an overwhelming feeling needs to be explicated with language—usually, if I’m writing from emotion in this way, I don’t think about structure; at first, it’s just sentences going down on the page. These poems take shape afterward, in revision.

Regardless of how a poem starts, revision enters my process early on. Mostly, I revise a poem by reading it aloud. I listen for sonic resonances, for lines that might require more silence before or after, for movement or lack of it. I listen for unintentional repetition—and then decide whether to take it out or incorporate it with intent. I listen for boring lines, lines that sound like I’ve read, or worse, written, them before, and cut them. I do a lot of cutting.

I revise for shape on the page after I’ve revised by reading aloud. I’m not very precious about white space or very experimental in my line breaks, but I do aim to use both thoughtfully.

Unsurprisingly, I am fussy about deciding a poem is “finished”— in the final rounds of edits for Fixed Stars, my chapbook forthcoming from Burrow Press, I definitely did make ardent requests that it was absolutely necessary to adjust just one more comma or word choice. And I don’t think a poem is every really finished—I more often than not still make tweaks to older poems when reading them with fresh eyes.