For this twenty-fourth post in the series, we have Jay Rogoff and Mary Kathryn Jablonski. Jay Rogoff has published seven books of poetry, most recently Loving in Truth: New and Selected Poems (2020), from LSU Press. His other books from LSU include Enamel Eyes (2016), Venera (2014), The Art of Gravity (2011), and The Long Fault (2008). His poetry and criticism have appeared widely, and he serves as dance critic for The Hopkins Review. (Photo by Penny Howell Jolly)

Poems can begin for me in any of a variety of ways. Inspiration might come from without (my wife, a painting, a political event, a dance, a war, a historical tragedy, a piece of music, an overheard sentence, a room, a line from a famous poem) or within (the sound of a line or a phrase or a word, a feeling, a memory, something obsessing me—which might in fact be my wife, a painting, a dancer—that won’t let me go). I might stand in front of a painting and ask, “What’s wrong with this picture?” I might become entranced by the phonetic melody or uncanny rhythm of a string of words. I might be nagged by a single word and wish to puzzle out its meanings and connotations, as in my poem “Wear.” Inspiration isn’t the difficult part. I also often write in sequences, so the process of inspiration and execution becomes self-perpetuating because I haven’t exhausted a theme or an obsession. Working on my series of dance poems, The Art of Gravity, I decided I needed to bring mortality more fully into the sequence, so I started a poem about the ancient Dance of Death motif—it turned out to be a sonnet, which led to another sonnet, until it became a 34-sonnet sequence of its own. And if I’m writing a sonnet, of course, a whole set of historical as well as personal considerations enters the picture, which can’t all be borne in the conscious mind at once but are nevertheless there, pressing on the nib of my pen as it commits ink to paper.

Once I have set the poem in motion, a host of questions enters having to do largely with technical matters: rhythm, form, rhyme or its absence, and structure. If I decide what I want to write feels appropriate for a sonnet, that starts to answer several questions about length, meter, and rhyme scheme (I almost always use the Italian form, although my sestet schemes vary greatly, and I often slant-rhyme heavily). It also starts to address the issue of structure, since I know something dramatic will happen about two-thirds of the way through the poem. Of course, all this is not the same as writing the thing, and negotiating with the form is part of writing poetry’s great fun. Whether for a sonnet or any other poem, formal or free, I often carry in my head an abstract map of the poem’s rising and falling structure and know I want it to climax in a certain way, always subject to revision. I think of this as the emotional trajectory of the poem, and regardless of how successfully the finished poem fulfills that trajectory, the abstract structure helps get it where it’s going. One of my greatest thrills was writing a sonnet called “The Table,” one of the fastest poems I ever drafted (first draft: about 20 minutes), and as I came to line 9 of the poem, at the sonnet’s traditional turn, the abstract map of its structure suddenly lay clear before me, and I saw how the poem had to end, in a way that deepened and broadened its opening. The negotiation between the actual poem on the page and the idealized structure in the mind is one of the great challenges and pleasures of enacting the poem. And I believe in syntax: I believe that the form and the line are media through which the grammar and syntax wind, sometimes with abrupt starts, jumps, and reversals of direction, like an organism interacting with a habitat to make it its own. The line is an event, but the enjambment is also an event, and poetry generally needs to employ both the line & the suspension between lines to create its effect. The suspension between lines is especially essential when I am writing free verse, with the movement of the eye from the end of one line to the start of the next, and the brief vocal hesitation necessary to enact that suspension. That is because a poem, to paraphrase something Stephen Booth once said about Hamlet, is a series of actions upon the intelligence and imagined feelings of the reader.

I’ve briefly addressed above the ways I bring poems to the end. I rarely start with the ending of the poem, because even though I might envision that imaginary blueprint of the poem’s structure, my challenge in writing the poem is to surprise myself as much as the reader. If it’s a sonnet, or a villanelle, everyone knows when the poem will end, but I want the reader to be slightly astonished by the how. Endings should, as Yeats said, click shut like a little box, and I aim to make them simultaneously surprising and inevitable. 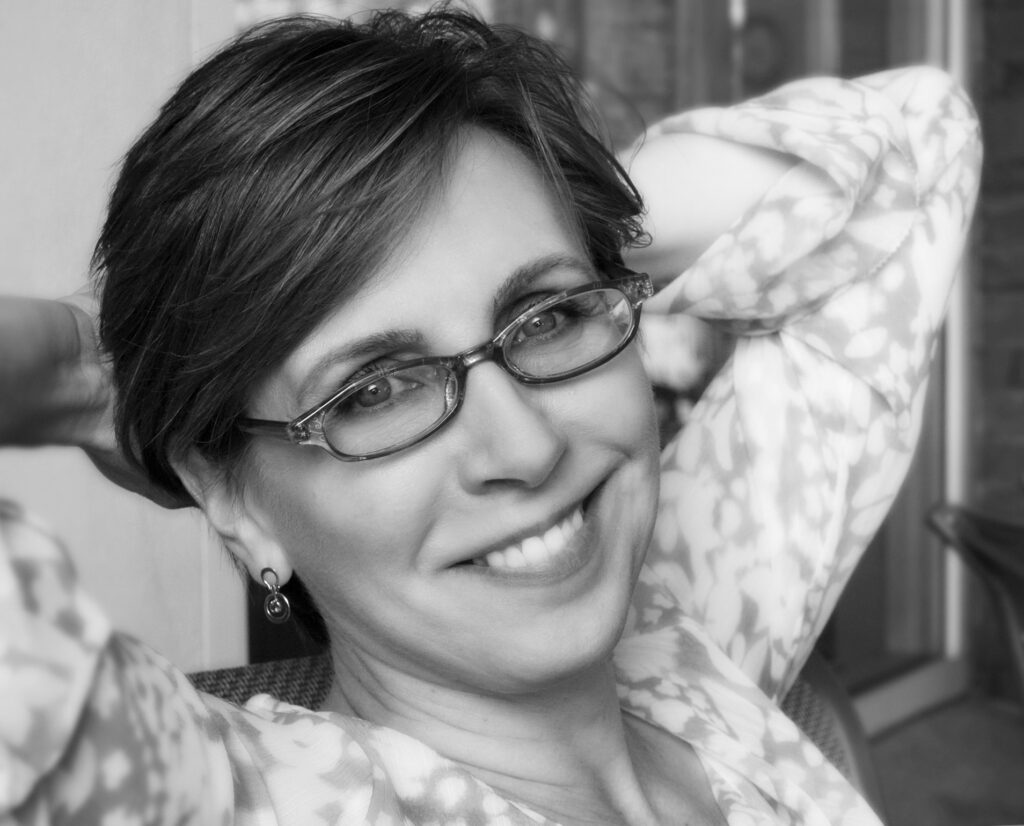 Mary Kathryn Jablonski has been a contributor at Numéro Cinq and is author of the poetry chapbook To the Husband I Have Not Yet Met and 2019 book of poems, Sugar Maker Moon, from Dos Madres Press. Her poems and collaborative video/poems have appeared in numerous literary journals, exhibitions, screenings and film festivals, including the Atticus Review, Beloit Poetry Journal, Poetry Film Live (UK), Poetry Ireland Review, Quarterly West, and Tupelo Quarterly, among others.

I am an artist and writer, and for me the two crafts are interchangeable. I live a life of observing and recording, using post-its or scraps of whatever comes to hand. Parts of discarded poems might enter new poems. Nature, music, books, films, dreams and memory are important aspects of my creative life. I write to explore connections, discover, remember, or figure things out. These scraps end up getting compiled in a collage-like method when I work. Pieces often come to me while walking, driving or sleeping, so getting ideas down initially can be a challenge.

I write poems longhand, revise in a different color each time, and finally transfer my work to the computer. I often move whole sections of a poem from one place to another. I love that I can “save as,” and view a poem in many different formats. I usually begin with prose poems, then try every possible iteration to find the perfect fit. I make templates and muscle the poem into meter. I count syllables and torture myself over line breaks. However, the poem usually tells me what it wants/needs. I learn from the poem.

I prefer reticence, sometimes to a fault. The issue for me is revision. I revise obsessively, even after publication. The poems within my collections build on one another, and I do not like to have everything said in one piece. I want my poems to begin and end powerfully, so invariably, I take away the original first lines that were its “scaffolding” and any closing lines that may be superfluous or redundant. I make my computer read my poems back to me, because I already have them memorized and can no longer hear them judiciously. I consult a beta reader before a book is published. Eventually, I move on to new work. Sometimes, I go back to poems that are 10 years old and rewrite them. But then, they are different poems. As Heraclitus said, “You cannot step into the same river twice.”

Tags:
Previous Article
David A. Romero: “My Name Is Romero”
Next Article
Inside the ICU: A Nurse’s View of Covid-19 in Los Angeles