For this fifty-eighth post in the Poets on Craft series, we have Leonard Trawick and John Tripoulas. 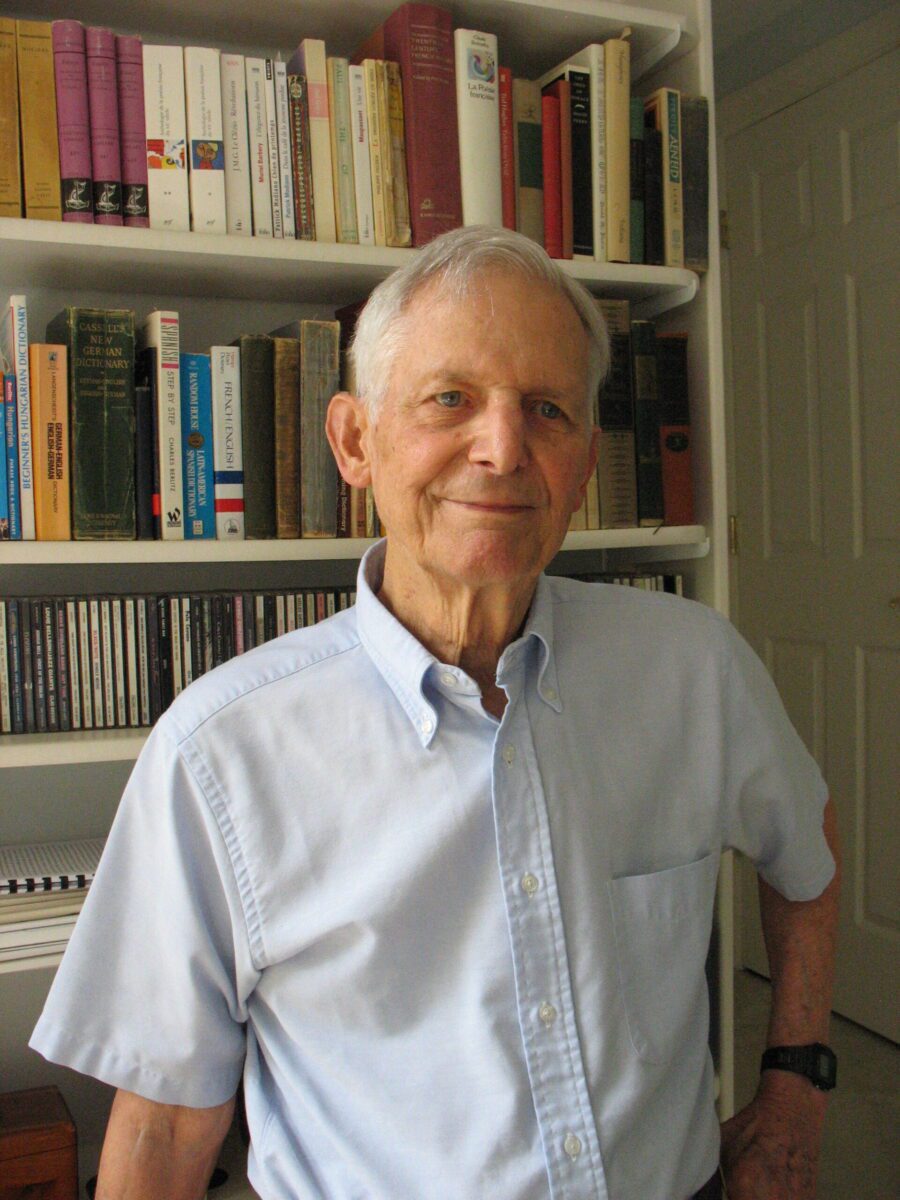 Before retirement Leonard Trawick taught English and creative writing at Columbia University and at Cleveland State University, where for some twenty years he edited the poetry books published by the CSU Poetry Center. His own poems have appeared in a number of magazines including Antioch Review, Beloit Poetry Journal, Laurel Review, Poetry, Quarterly West, and the Sewanee Review. Beastmorfs, a collection of his concrete poems, was published in 1992 by the CSU Poetry Center; and his selected poems, A 24-Hour Cotillion, appeared in 2016 from Dos Madres Press. (Photo by Kerstin Trawick)

My poems have usually begun with an ordinary observation or thought, which I then have tried to develop so as to suggest some deeper insight or feeling. For example, in one poem I looked out my window at a mulberry tree, in and around which birds, a squirrel, chipmunks, and a variety of insects were gorging on the ripe fruit. I described the scene in a way that I hoped would convey the richness of nature and the animals’ reveling in the present and unconcern for the morrow.

Though I grew up in a family where poetry was a part of daily conversation, I did not set out to be a poet myself. I planned to be, and became, an English teacher. I started seriously writing poems only in my late twenties, but I believe my immersion in works of the past and, equally important, current literature has been vital to my own writing. No poem exists in a vacuum, but by necessity plays off the other poems of the past and present.

The house of poetry has many rooms, and I think I have been helped by trying a lot of them. Some of my poems are serious, some humorous , some weird or grotesque. Whatever the surface content, I have been aware that the language in which it is conveyed is as important as the subject itself.  As Paul Valéry has said, poetry is to prose as dancing is to walking—getting there is half the fun.

My poems use various personas: sometimes an autobiographical “I,” sometimes an anonymous commentator, sometimes a dramatic speaker clearly different from the poet. I have tried various traditional forms such as sonnets and villanelles, as well as free verse and prose poems. The formal verse forms often make me say something different from what I originally had in mind, but this sometimes leads to rich discoveries. In William Stafford’s words, “The emergencies become the opportunities.”

I have profited from several workshops that I have attended over the years. Some advice from fellow participants has been quite helpful, some worthless. But just the fact that I was writing for an immediate audience kept me writing seriously.

How do I know when to end a poem? At some point as it develops in the poet’s mind, the poem’s particular shape becomes clear, including how it ought to end. The danger is feeling that a point or moral needs to be explained. Better leave it to the reader to figure out. There are many ways to signal closure, such as change in rhythms or line length, or a shift in the level of language. I ended my poem mentioned earlier, about the mulberry tree, by moving into hyperbole and metaphor, and comparing the green and purple berries to exotic semiprecious stones:

. . . the air high
with fermentation, dizzy with chirps and twitters,
wasps zig-zagging, flies veering, ants aprowl:
such profligacy, a potlatch of leaf and berry,
opulence Solomon himself might envy—
carnelian, garnet, smaragd, chrysoprase. 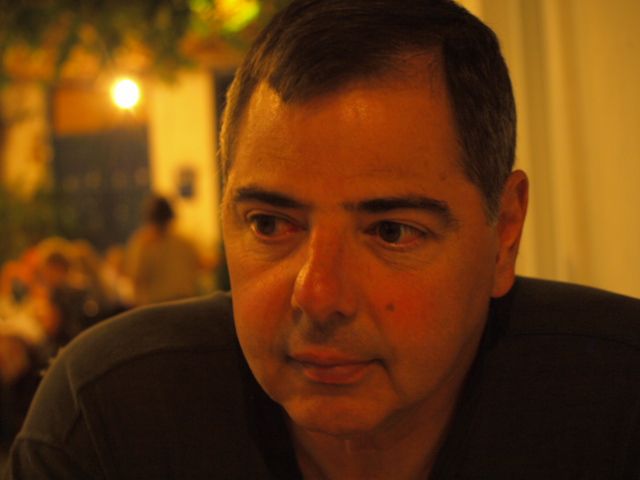 John Tripoulas was born in Cleveland, Ohio, graduated from Oberlin College and received an MD from Athens University Medical School. From 2009 until 2916 he served as the general surgeon on the Greek island of Ikaria. His first collection of poems A Soul Inside Each Stone (Dos Madres Press) was published in 2016, and has been translated into Greek. Currently he works as a surgeon at an Athens hospital and is finishing his second collection.

Sometimes luck is a factor. I was very lucky to have stumbled into the classroom of poet Leonard Trawick at Cleveland State University. I worked in the circus for a year after college and wrote some poems about my experience. Curious to see if these poems had merit, I enrolled in Leonard’s workshop. It was my great good fortune that Leonard liked my work, helped me get my first poems published and encouraged me to keep writing. To this day Leonard comments on the drafts of poems that I send him.

As a vade mecum, how-to book on how to become a writer, I think Hemingway’s A Moveable Feast is the best instruction manual. Of all the famous writers he is the best writing teacher.

As for me, I agree with Eliot’s remark (paraphrasing) that once you’ve read and thought about your poem, when the time comes to start a draft, the poem writes itself. Note taking is an important prerequisite to this poem-preparation process and also a good way to “find” poems. If I don’t take a pen and notebook to an archeological site (Greece, where I live, is full of them) or an art museum, I feel impotent. I feel it’s my moral poet-duty to interact with what these great venues have to offer.

Once you’re out in the field, and the field is everywhere, you have to be vigilant. I attended a lecture about the Apobates racers, ancient Athenians wearing full combat armor who jumped on and off moving chariots. Years later I noticed the Athens sanitation workers jumping on and off the back of their garbage truck. That was the start of my poem “Apobates.” In another instance of vigilance: I make my living as a surgeon and while performing a hepatic lobectomy (surgical excision of a liver lobe) I thought of the myth of chained Prometheus whose liver was torn out each day by a great bird. That was the start of my poem “Prometheus.”

One reason I write poems is to try to emulate and achieve something similar to what one reader wrote to my maternal grandfather, the Greek poet Demetrios Golemis, after reading his collection Demolished Souls: “I read Demolished Souls often in order to experience the whole spectrum of human emotions, to be sad, to weep, to laugh, to pray, to find myself at the end of an impasse.”

But the main reason I write poems is to try and segue into the transcendent. My mantra, my manifesto is essayist Joseph Joubert’s “Law of Poetry”: “Nothing that does not transport us is poetry. The lyre is in some ways a winged instrument.”