For this sixty-sixth post in our Poets on Craft series, we have R.G. Evans and Kevin Carey. 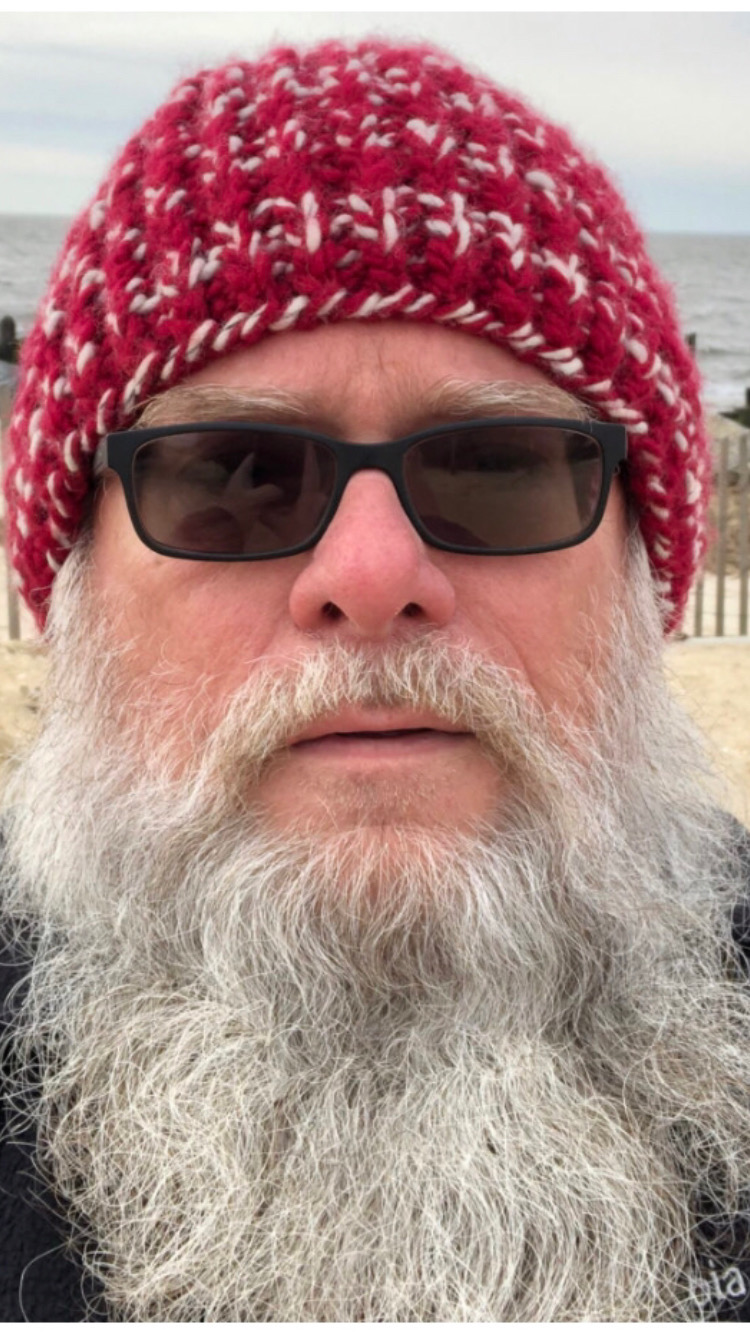 When I approach writing a poem, I always hear other poets’ voices in my head:

There are many others, but these four quotations tend to inform every line I write—or at least every line that makes it into the final draft of a poem.

Frost’s koan about surprise keeps me very conscious of how I construct a poem’s lines, which words a reader may expect next and how to subvert those expectations. I particularly enjoy using enjambment, the carrying over a sentence from one line to the next without providing any end-stopping punctuation in the first line. Consider this bit of enjambment from my poem “Month Without a Moon”:

Once you said the moon was some pale god
who turned away his face to cause the tides,
and once you said that, I of course believed
that you were mad.

The expected sincerity of “believed” is subverted by enjambment: “believed / that you were mad.” This practice also reveals another element of my approach to writing poems, that it’s the line, not the sentence, which should be the unit of construction in a poem.

Dunn’s and Eluard’s quotations work simultaneously through my process with a resultant sense of surrealism in what I consider my best—or at least my favorite—poems. Eluard’s idea that the poet can access another world in poems is a powerful motivator for me to try to find pathways into that other world as often as I can. Dunn’s quote—in tandem with Lowell’s as well—reminds me that when writing a poem, the poem itself is the only reality one needs to consider. Poetry isn’t journalism, it’s an act of creation. As Vicente Huidobro wrote, “The poet is a little god.”

Here’s the full text of my poem that I mentioned above. I think the voices of all my ghostly poets were speaking to me when I wrote this:

Month without a Moon

Any night I like, I can rise instead of the moon
that has forgotten us, not a thought of our sad lot,
and roam the darkened oblongs of the dunes.

Once you said the moon was some pale god
who turned away his face to cause the tides,
and once you said that, I of course believed

that you were mad. Now the ghost crab guides
me to the edge where land is not land, sea not sea,
and all the sky above is one dark dream.

This is the month with no full moon. You
were its prophet, and I am standing on the seam
between belief and what I know is true. 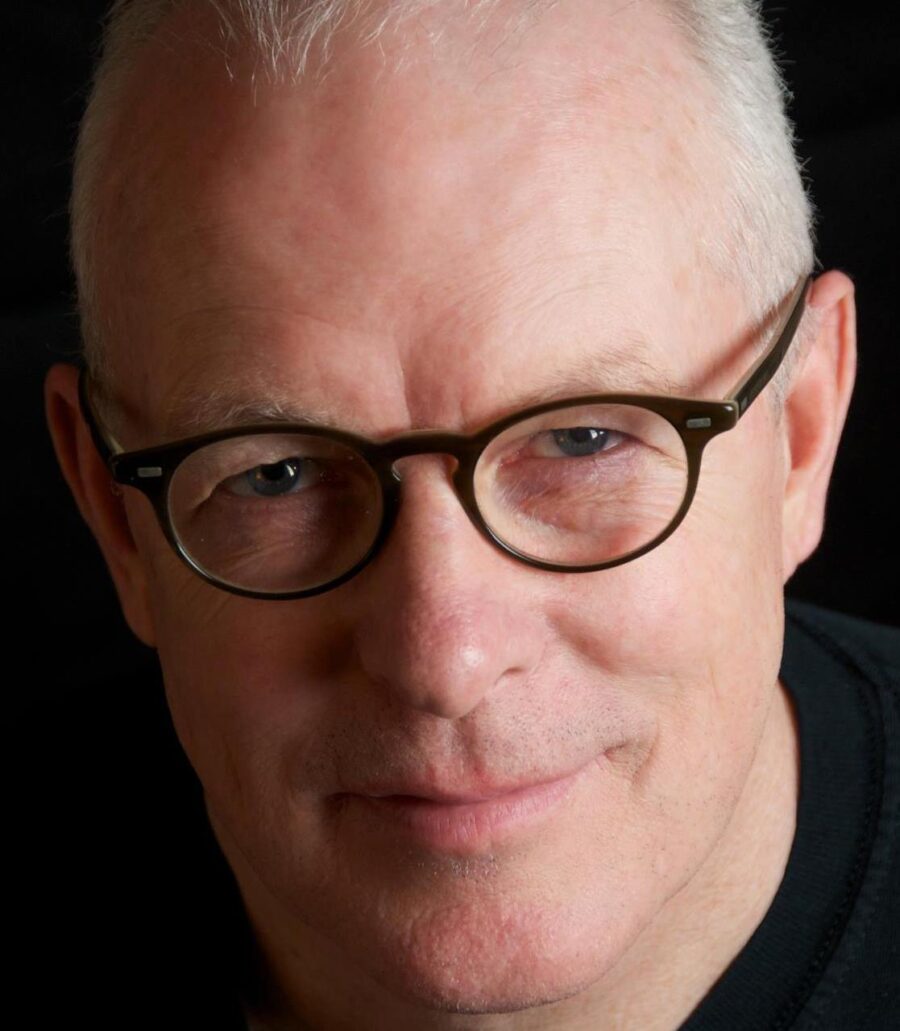 Kevin Carey is Coordinator of Creative Writing at Salem State University. Books include: three books of poetry: The One Fifteen to Penn Station (2012), Jesus Was a Homeboy (2016) which was an Honor book for the Paterson Literary Prize, and Set in Stone (2020), as well as three books of fiction: The Beach People (2014), Murder in the Marsh (2020) and Junior Miles and the Junkman which will be out in September of 2023 from Fitzroy Books, an imprint of Regal House Publishing. (Photo by Mark Hillringhouse.)

I’m a pretty narrative poet, so my poems usually begin with a story or a memory, something someone said or something that happened to me. I’m trying to recreate the memory as I write the poem, so it can be a pretty bumpy start, a list of details perhaps, or one detail that starts the process of piecing things together. For example, I had a detail in mind when I wrote this poem (Set in Stone) about my son leaving home after college to drive to the west coast. I had given him a rosary that was my mother’s, a gesture to protect him on his journey I guess. Then I remembered something else I gave him. A CD to play. I was picturing him on his drive and playing a soundtrack in my mind for when he was driving across the desert. (He had it all mapped out).

So the poem began with these details:

A rosary that was my mother’s
tucked in the glove compartment of his car
and a copy of Exile on Main Street
with instructions to play track 6
when he hit some lonesome desert highway.

I could feel the emotion behind these simple acts, these ceremonial gestures, and so I tried to follow up with what I was feeling at this moment.

I love him so much my chest hurts,
thinking of him riding off into his own life,
me the weeping shadow left behind (for now).
I know I’ll see him again but it’s ceremony
we’re talking about after all—
one growing up and one growing older
both wild curses.

And then I wanted to ground the experience in the place where I was left behind, feeling this loss, this separation, this necessary moment between a father and a son.

A train blows its horn
the light rising beyond the harbor,
a dog barks from a car window,
and the nostalgia (always dangerous)
hits me like a left hook.

When I was thinking about finishing the poem, I felt like I needed to recap the experience for myself, a kind of answer to my own internal question, what was actually happening here, and maybe to better understand it.

I’m trapped between the memory
and the moment,
the deal we make>
if we make it this long,
the markers of a life,
the small worthwhile pieces
that rattle around in my pockets
waiting to be set somewhere in stone.

My process often involves playing these memory games with myself, making something out of my own experience, and following those images into a story. I end these stories (my poems) like all of us do, when it feels right to me, when I’ve hit a note or brought the reader to that place where we can both understand. At least that’s what I try to do. But I’m often reminded of a quote by the author Frank Herbert. “There is no real ending. It’s just the place where you stop the story.” Maybe I could end any poem differently if I kept going back to it.