For this forty-eighth post in the Poets on Craft series, we have Terry Lucas and Tayve Neese.

Terry Lucas is a memoirist, essayist, and prize-winning poet. His latest poetry collection is The Thing Itself (Longship Press, 2020), a collaboration with photographer Gary Topper. He is Poet Laureate Emeritus of Marin County, California, and a freelance poetry coach at www.terrylucas.com.

I’m always sniffing around for the first line or lines of my next poem. From memories. In the book I’m reading. The movie I’m watching. In overheard conversations. On billboards. Bumper stickers. Anywhere.

I write down a few lines triggered by a sentence, image, or memory. I examine my lines for three things: fresh language, emotional connection, and craft. I reverse words or lines, cut adjectives, articles, conjunctions. Shorten lines. Lengthen lines. I substitute stronger nouns and verbs that lean into each other until they sing. I want to capture both my readers’ heads and hearts, attempting to embody the lines of Suzanne Buffam’s short poem, “On First Lines.”*

As the first ray of daylight
Pries open the sleeper’s lids.

After a while (the time varies), if I don’t believe my lines will wake up the reader’s senses and emotions, I scrap them and look for new lines. Once I have a satisfactory opening, I try to allow the words themselves to dictate where the poem goes. What does this mean? My strategy is to default toward words that connect sonically with words that are already on the page, rather than attempting to follow logically from one idea to another. This will usually avoid allowing any preconceived ideas about the poem or about its first lines to influence what follows.

After no more than around six lines or so I try to write completely off the subject that sparked the poem. I hold to Richard Hugo’s idea that it’s better to write about something else than to go on writing after running out of things to say. And I love the freedom that Hugo gives when he says that “it is impossible to write meaningless sequences.”

Adelia Prado is another poet whose work has granted me permission to write off-subject in subsequent lines. Check out her poem “Dysrhythmia” (The Alphabet in the Park, Wesleyan University Press). The logic of the poem’s sequence of lines is internal to the poem and depends heavily upon sound work and deep image. While the former carries the reader along during the initial reading, the latter is not always apparent until after several readings.

But, as Hugo insists, there is nothing in the world that doesn’t belong. Therefore, there are no subjects that should be withheld out of hand from any given poem because that’s not what the poem is about. You don’t know what the poem is about, says Hugo, until you discover what it is about in the act of writing it.

I know that it’s time to get off the page if nothing else is forthcoming that’s as strong as or stronger than what has been previously written. If there is a line that is unusually strong or that subverts the reader’s imagination in some way, I explore the possibility of ending the poem there. I agree with Dorianne Laux that “In [good] poetry there is no such thing as denoue-f***ing-ment.” In other words, ideally, the final lines should be the strongest lines of the poem.

If the poem needs to be longer because of formal constraints or an intuitive feeling that it’s not over, I look to earlier parts of the poem to instruct me about how the poem should end—an image to flesh out or subvert, a metaphor to continue or return to, a word or line to shed different light on what has preceded it—again keeping in mind that the final line or lines can’t be upstaged by lines earlier in the poem. Although a bad poem cannot be rescued with one line, an excellent poem can be killed with a weak closing.

Dr. Laurie Santos, Yale cognitive psychologist, states in the documentary The Most Unknown, that her experiments have shown that people typically remember two things from what they read: 1) the peak emotional experience; and 2) the final thing. If we place the high moment of the poem in that final or those final lines, we are doubling our chances of readers remembering the poem. Again, Buffam gives excellent advice:

*Suzanne Buffam’s “On First Lines” and “On Last Lines” are from The Irrationalist (Canarium Books, 2010). 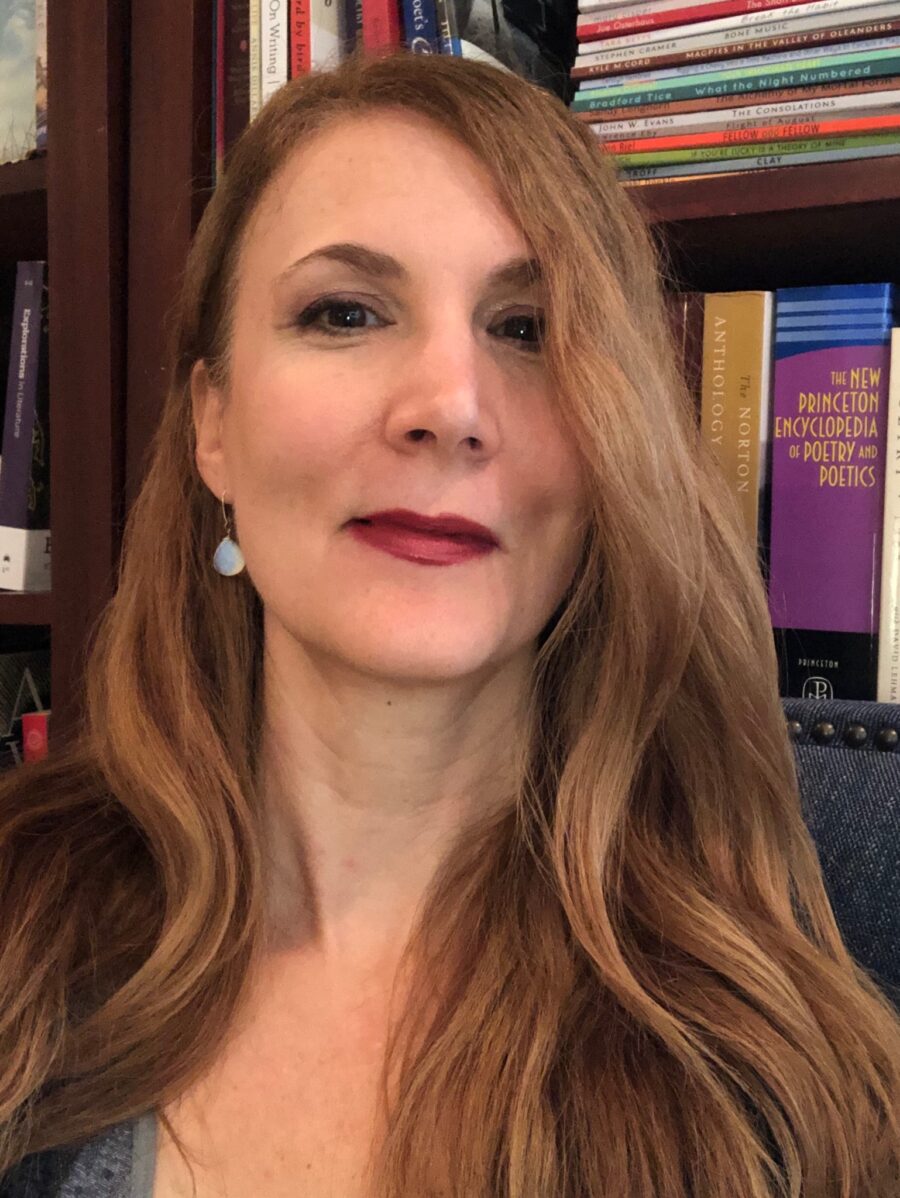 Tayve Neese is the author of Blood to Fruit (David Robert Books, 2015) and Locust (forthcoming from Salmon Press). She is the co-founder of Trio House Press and the primary editor of The Banyan Review. Currently, she resides on a barrier island in Florida.

There are few ways I start a poem. Sometimes I hear a word and mull over its beauty the same way I’d mull over a flower or seashell or wound. Oftentimes I’ll pair the word with something unexpected to get the poem rolling. If the word is from the natural world, I might try to pair it with something that has a religious or technical connotation. I like unexpected combinations and use these kinds of strategies for small, lyrical poems that are carefully hewn. When I move to the next line in this kind of poem, I keep searching for single words or search for a further impulse created by these combinations to pull me down into the rabbit hole of the poem. Sound play also helps me move from line to line and to know where to start and break lines. Going even further, sound play, like rhyme and assonance, seems to rattle around my brain like bees even when I’m sleeping. On many occasions, I wake up and rush to write down lines before I lose them.

I start more narrative driven pieces with a complete thought rather than a word. For example, recently I noticed that an old phone booth and carousel were removed from a park I used to frequent. That poem started with a declarative sentence about a complete idea: “What’s gone missing.” I added the phrase “in this age of satellites” to add a bit of texture. This line ultimately became a title. When a poem is more narrative driven or driven by an idea, it’s not as challenging to move to the next line.

Exiting the poem happens quickly for me because I tend to write mostly lyrical, small poems. I end my work with an image and some kind of rhyme or sound play for closure. This, however, is my observation of how I end my work. It’s not something that I intentionally do. It just happens. I know it’s the end because there’s nothing else I need to write. I could push the poem and try to stretch it like taffy. This was something I tried when I first started writing because my poems were so much shorter than most folks’ work at the time. I had to settle into the idea that what I was writing was complete and finished and that quantity was not the determining factor of poetry. When I embraced this, I was free to write how I needed to write.