A weird but not unusual thing happened to me a couple weeks ago.

I was in San Antonio strolling along the famous river walk. I’d just gotten past the crowded touristy section with all the restaurants and margarita stands and into a more peaceful, spacious area. Ducks floated calmly. Birds chirped. Occasional fellow pedestrians waved as they passed me by.

Then one muttered by my ear: “I’ll eat your pussy.”

The speaker was a young guy, likely in his early twenties, walking with a nonchalant stride, black mask on. He said the words in the same tone one might use to say “how are you” to a stranger. He spoke to me without really looking at me and without bothering to turn back afterwards to see what effect his words had had.

My first reaction was to laugh, incredulous. Is this a thing now? I wondered. Men harassing women, just for the hell of it, from behind the comfortable anonymity of their masks?

I think women — and especially women of color — often engage in a strange kind of mental calculus when these types of things happen to them (and they do, a lot). Why did what just happened just happen? Was the guy simply an individual asshole, trying to get a rise out of anyone he passed by? Or was he a misogynist? Racist? This guy didn’t say anything about my race, but did my being Asian make him assume I don’t speak English or speak it well — and thus make me a target for his verbal assault?

We try to figure it out. Was what happened this? 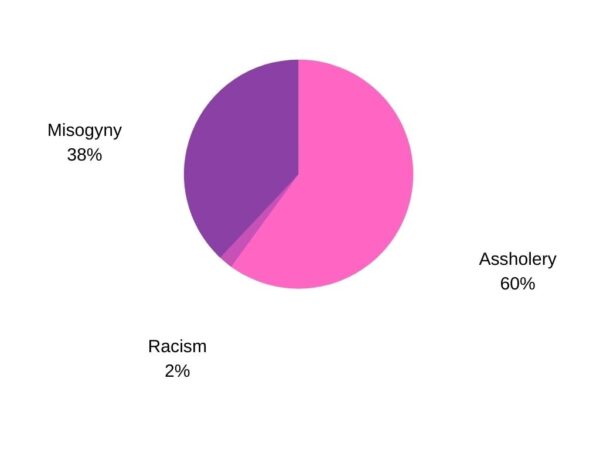 Or was it this? 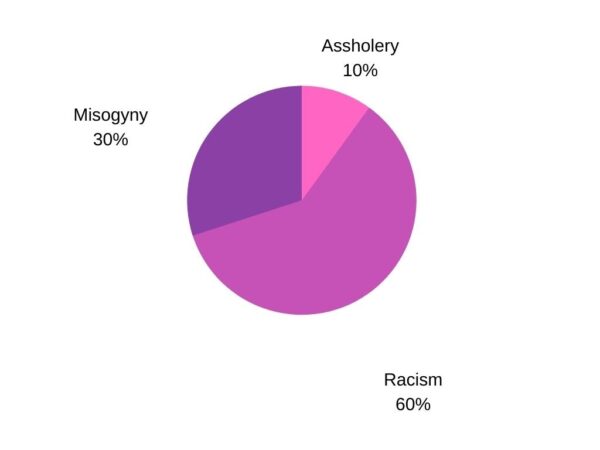 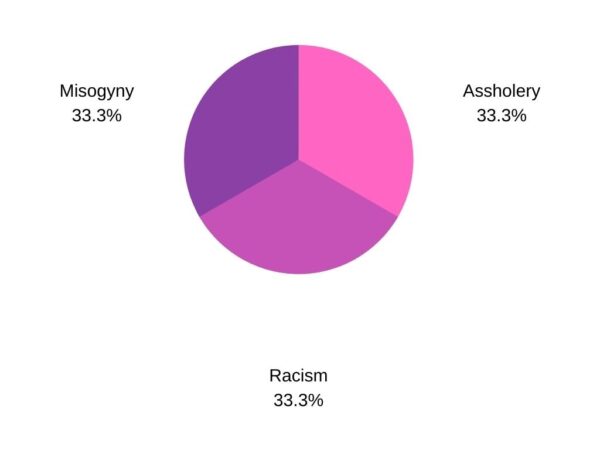 Can the actual percentages in these pie charts even be figured out? Do they matter? Because it’s inevitably a combination, isn’t it? The exact permutations may be hard to define, but there are almost always combinations of factors — the fact of the harasser himself being an unsavory or mentally unsound individual, plus a complex mix of -isms that guide how and to whom that individual acts out his fuckedupness.

This is what I find infuriating about the discussions following the Atlanta spa shootings. There’s an unspoken assumption that the shooter’s motive can be only one thing: mental turmoil fueled by religious fervor OR an obsession with guns OR misogyny OR racism. A racist cop argues the problem was really sexual addiction, then others argue the problem was really racism. Yet wasn’t it obviously all of the above? Can we agree that the guy had sexual hangups AND that he committed a racially-motivated hate crime? Can we agree that the man had general violent tendencies AND that he chose to unleash these specifically against women?

And what burden of proof do we have to meet to call something a hate crime? Do we need to prove that the act was absolutely, 100% motivated by racism and racism only? Or can we settle for 51%? 33.3%? 10%?

And who the fuck decides?

Last week I took a webinar training — How to respond to harassment for people experiencing anti-Asian/American harassment — hosted by Hollaback! and Asian Americans Advancing Justice. It was helpful! I learned some great techniques and feel much more empowered than I did previously.

The training focused, however, on clearly racist attacks, e.g. being spat on and accused of bringing the Kung Flu to the U.S. Perhaps at this point in our history, this is exactly where the focus needs to be. That said, the aggression and disrespect I encounter frequently tend to be much less pointed, much more diffuse. Race often feels like a factor — but I’m usually not completely sure it is, and certainly couldn’t prove it definitively.

I’m not sure what my point is here, beyond that the burden of proof for a hate crime can’t be so high as to be impossible to prove. Few acts are motivated 100% by a single impulse —

After learning about the shootings last week, I sought out and found the Korean part of Austin. It’s a strip mall on North Lamar, complete with a grocery store, restaurant, hair salon, bakery, liquor store, and karaoke bar! I bought way too much takeout and feasted on bulgogi, spicy octopus, and red bean buns all in one sitting that night —

What has your response been to the Atlanta spa shooting? 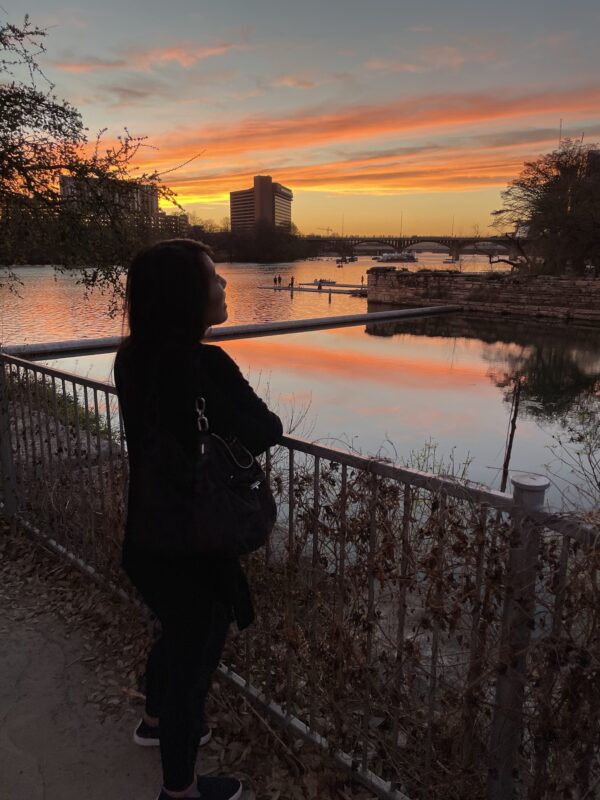 Despite all that, I’ve been in good spirits in Austin. The weather is gorgeous, the people nice, food yummy, city vibrant. Should I live here permanently?

Hope you too are doing well —

(This article is republished with permission from Love notes from Siel, a weekly newsletter. If you love it, subscribe for free.)

Siel Ju is a writer, author, and reader. Her novel-in-stories, Cake Time (Red Hen Press, 2017) is about a smart girl who makes risky choices about men and sex in Los Angeles. Find out what Siel is up to by reading her latest love note.

Tags:
Previous Article
Unforgotten: The Art of JD Smith
Next Article
Working Out a New Normal