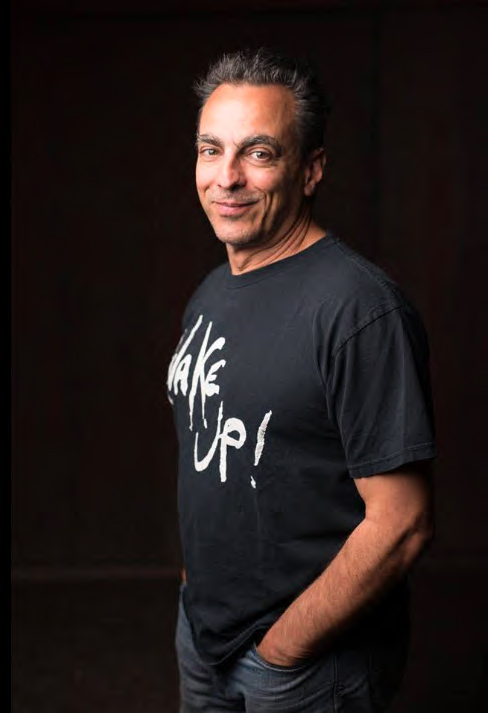 In 2019 Presa Press (Rockford, MI) published Jefferson Carter’s eleventh book of poetry entitled Birkenstock Blues. I don’t know the background and why he did it, but Carter was moved to buy back his rights and self-publish the volume this year with a much better cover and with three additional poems. It just goes to show you that sometimes, indeed, if you want something done right, you have to do it yourself!

Up front, I must disclose I know Carter. He was a regular in my Sunday Mindfulness Yoga class and I – and some of my teachings – have been alluded to in several poems found in his previous volumes, Get Serious: New & Selected Poems (Chax Press, 2013) and in Diphtheria Festival (Main Street Rag Publishing Company, 2016), which has a cover blurb from me: “The poet Carter reminds me of is Billy Collins, but a mordant, twisted, even punk Collins.” And the poems found in Birkenstock Blues certainly bear that out. Tucson, Arizona’s previous mayor, Jonathan Rothschild, says “[Carter] has long captured life’s subtleties with humor, irony, and a touch of charming cynicism that brings home truths we recognize with a knowing wink.” Anyone who has known a cynic – or harbors an inner cynic – knows that within the heart of any cynic abides a romantic nursing their wounds – or a cocktail. Or both.

Case in point: the opening three poems all paint a picture of his marriage, the deep love and respect hiding in plain sight behind the dry and — there’s that word again — mordant wit. In “Life Partner,” Carter tells us how, “for convenience” he and “the woman formerly known as” his wife have numbered their arguments. Anyone who has been in a long-term relationship understands how couples recycle the same arguments again and again. And as all good art does, the universal is made explicit through the personal: “Number 5, you left / hair in the sink again.” “Number 13, you don’t listen to me.” Carter’s honest riposte to that one is “But I do. I just don’t agree.” How can you read this and not find the affectionate warmth of the familiar? The conclusion to this poem – as in many of his others – ends with a jolt that evokes the mic drop of a punch line or a slap across the face. It’s in this way that Carter reveals the subtleties and truths of the mundanity of daily life. 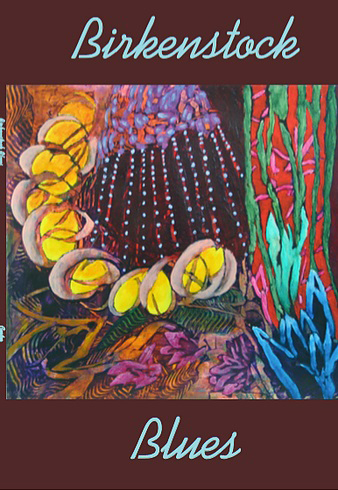 Carter also writes honestly and revealingly about aging, which is refreshing in our youth-obsessed culture. In “Fugly,” the poem that refers to the Birkenstocks of the book’s title, he shares the time- honored ritual of a man used to being dressed by his wife, only here it’s the costume of an “old hipster doll” with: Straw fedora, brand-name t-shirts from the thrift store, Bermuda shorts, black dress socks & scuffed wingtips.

I read that description and almost spilled my bourbon, laughing at the image provoked in my mind’s eye. Then he drops the lines: I don’t mind, playing child to your adult, finally getting why old men sometimes call their wives Mother. Those lines evoke earlier eras fraught with the mashup of the tenderness and creepiness of that dynamic.

Another thing I appreciate about Carter’s poetry is how quick and penetrating he is to see and hear possibilities in places of mis-cue, mis-hearing and misunderstanding. The title of his chapbook, Diphtheria Festival, was the result of his googling Dipthera festiva, a black and white moth. Google responded, “Did you mean Diphtheria Festival?” Just now, writing that, I laughed yet again! But Carter uses something like that to create a truly wonderful poem, making art from happenstance. And he does it again in Birkenstock Blues in the poem “Advocate,” which begins: I’ve misread her job title: conservation advocate, not / conversation advocate. How we talk!

And so opens a meditation on the environment, a major concern for Carter as he has long advocated and volunteered for Sky Island Alliance, a locally based environmental organization here in Tucson, Arizona.

This concern is also front and center in Carter’s poem, “The Book Of Extinctions,” (inspired by Extinct Species of the World, Jean Christophe Balouet, New Holland Publishers Ltd., 1990) which includes this quote from that book, more than 100 species / a day will have disappeared by the end of the century.

I don’t want to spoil it, but I’ll say that for a short poem of only 15 lines, the ending once again draws a breath and creates a deep pang in the heart with an image that has deep resonance. I love it!

I could go on but I won’t, other than to say that Jefferson Carter mines a special kind of art in his poetry. There’s nothing pretentious about his work. And neither is there anything trite. He writes a kind of poetry that captures real moments of life, snapshots of small particularities that shed light on the human condition. He’s a yogi and a bad seed curmudgeon, and in that mix is a small, not grandiose, creative treasure I value very much.

Frank Jude Boccio, author of Mindfulness Yoga, is an ordained zen Buddhist dharma teacher and creator of an approach to yoga postural practice based upon the Buddha’s teachings on mindfulness. His writing has appeared in many yoga and Buddhist journals and anthologies. This is his first poetry review to be published outside of Goodreads!