The title page of Viable, a memoir in verse, indicates inclusion of “Poems and Apologies.” Yet, Chloe Yelena Miller has nothing to apologize for, other than breaking our hearts with the stark heartbreak of miscarriage, and bringing us along on the bittersweet journey through a new pregnancy and motherhood after loss. Her poems’ masterful word play, and how the poems take a variety of shapes reflective of thoughts and feelings, makes this a vivid, emotional read.

The pain is raw, no matter how tenderly expressed. Miller begins with a mid-thirties imagining of motherhood—of what she “would say to a shy child,/given the chance.”

The chance materializes, only to disappear into“empty air” with miscarriage: “The opening and closing;/release. Goodbye, my sweet./The noun miscarriage conducts images like electricity. My mother/pushed her baby in a tall, red carriage. Here sunshine, there a/new bonnet./Shocks, seen and unseen beneath the tires.” (“Short Duet/Dualities”) In this poem, miscarriage is experienced as jolting conduit, and comes full-circle as a noun: person, place, and thing. The speaker’s lost fetus, her mother, herself as a baby. The dark emptiness where “[t]he doctor probes, searches for you where you were,” contrasted with the light “sunshine” of the past, the speaker’s own infancy. The “tall, red carriage…a new bonnet./Shocks.” 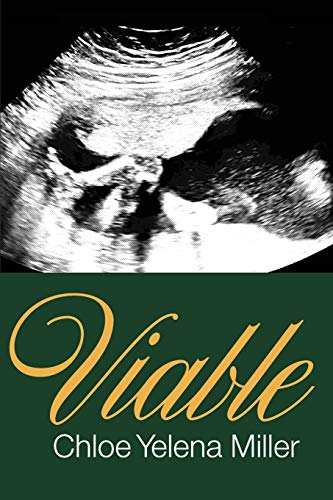 Italian and English words and grammar become obsessions in coping with loss, as does the natural world and food. For example, considering the words “gravity” and “grave,” the speaker contrasts weight and loss: “Gravity of pregnancy,/graveness of miscarriage,/lack of a grave/since nothing is here/anymore” (“Italian Vocabulary: Gravidanza”). In another poem, she turns figs’ symbolism of fertility on its head: “Removal of what was, could have been/and other compound tenses, like future./Will.” (“Figs”)

The speaker also understandably obsesses about and reflects on the advice of others, especially doctors and friends, as she continues to grapple with the concept of will. In the poem “Carrying,” the speaker asks, “Should I have willed/life by the window sill?/Most miscarriages/aren’t mamma’s fault,/doctors say./No one says much else.” A friend directs the narrative in “Meaning to Be”: “’Try again,’ she said,/this friend who refused my grief.”

When confronted with the mother of a baby, the speaker refuses her own grief and says nothing of her loss, as if it may be contagious: “if this mother knew/my baby/died in my womb/she would not hand me her 5-month-old/still red between the eyebrows/she would not risk the infection/of heartbreak/better not to say…”. (“Silence”)

The poems then move forward with the baby’s arrival, in a section titled, “Carry,” and an emptiness different than the one experienced with miscarriage: “Empty, I’m a renamed woman – Mom –/holding a baby.” The emptiness of no longer carrying her baby inside, and her new identity as “woman – Mom,” contrasts with the emptiness of her prior loss and identity tied to grief and advice of others. Even while celebrating her baby and the new identity of motherhood, grief continues: “I was pregnant for nine weeks,/and then I wasn’t…Will I tell you, you have a sister?/I think about her due around Thanksgiving./She’d be walking, sputtering words…There’s a question in your eyes./Yes, yes. It’s ok./Keep growing./I won’t say,/You are here because/she isn’t”. (“Sibling”)

The speaker further ponders the meanings of words, in English and Italian, and about her own identity and that of her baby. In “Hahrt-breyk at Seven Months,” she explains that “[a] stranger calls my wide-eyed infant/heartbreaker…She’s right, though. He has broken my past I love yous./This new love splits my heart open, seams exposed:/I am/unrecognizable as I imagined he would be/in a nursery of back-sleeping, swaddled infants.” In “Italian Vocabulary Lullaby: Tutto,” she tells her ten week old baby, “You have everything you need./Tutto, tutto, tutto./Tutti, tutto, tutti./Everything, singular and plural.”  She claims to her baby that he has everything, although she and the reader know that he lacks his never born sibling.

She asks forgiveness of the baby who never came into being, in the last section of the collection, titled “Apologies.” These poems bring together several themes. Grief, guilt, language, gender, and the feeling of failure. In the end though, there is renewal, birth, and growth. The last poem, addressed to her child born after the miscarriage, when he is six years old, also acknowledges life’s nurtured independence: “It comes to this: Your creation is yours./I was your home;/now we all nudge you forward,/make room for you to see out.”

While Viable specifically addresses miscarriage, pregnancy, birth, and motherhood, this collection ultimately dives into broader themes of life and death. How we must grapple with both existence and loss. How we must give in to joy when it arrives, even as grief-guilt shadows threaten to subsume us—and how we must finally “make room” and let go.

Karen Poppy has work published in numerous literary journals, magazines, and anthologies. Her chapbook, CRACK OPEN/EMERGENCY, is published by Finishing Line Press (2020), as is the forthcoming chapbook OUR OWN BEAUTIFUL BRUTALITY (2021). Her chapbook, EVERY POSSIBLE THING, is published by Homestead Lighthouse Press (2020). An attorney licensed in California and Texas, Karen Poppy lives in the San Francisco Bay Area.