Martyna Majok’s intense, well-meaning Sanctuary City has a split personality. The first hour of this tale of two young people struggling to deal with our inequitable immigration laws is told in short, fragmentary shards. Sometimes they are repeated to demonstrate the endless cycle of hope and betrayal encountered on the endless path to becoming legal. Most of these vignettes are less than a minute and their cumulative impact is like standing in the middle of a dramatic sand storm. Directed with imagination and variety by Rebecca Frecknall and played with vivid passion by Jasai Chase-Owens and Sharlene Cruz, this portion is messy, frustrating and amazingly life-like. The two actors move like dancers on Tom Scutt’s spare set, transformed into dozens of different locales and moods by Isabella Byrd’s mercurial lighting. Majok takes major risks and tells her story in a fresh and different way. 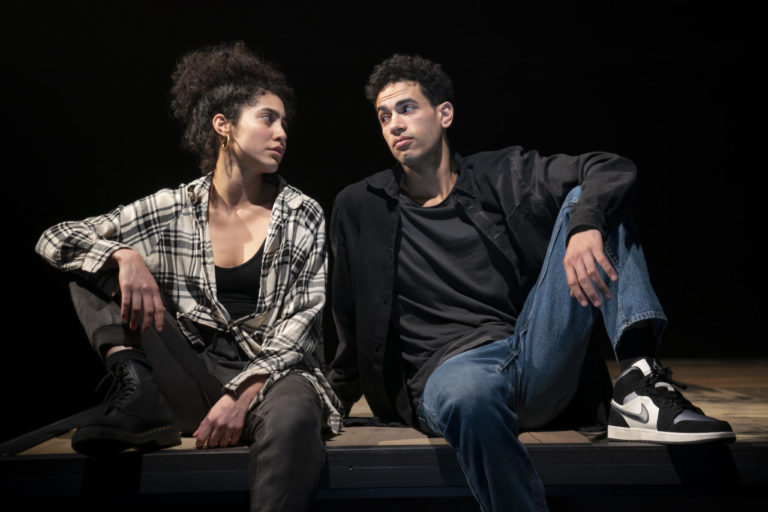 But in the final third of this 100-minute intermissionless show, she introduces a third character and the story is now told in one long, conventional, sudsy scene in which all the plot threads are neatly stitched together. Everyone gets their say and as well as a big dramatic speech with a climax. What began as a weird and startling take on a controversial topic ends like a soap opera.

Majok is best-known for her Pulitzer Prize-winning Cost of Living, an amiable comedy-drama focusing the travails of two disabled people searching for love and acceptance in Newark. Once again she is focusing on the disenfranchised in that New Jersey city. Spanning the years 2001 to 2006, she chronicles the efforts of B, presumably for Boy, and G (for Girl), to gain citizenship. Both were brought to the US as children from an unnamed Central or South American country. Starting in high school and taking them into young adulthood, Majok tracks their labyrinthine voyage with pathos and wit.

B and G are a pair of urban outcasts, hidden from living their full lives for fear of being discovered and deported. They cling to each other for comfort and support. But everything changes when G’s mother is able to get citizenship status for herself and her daughter. B is left in the lurch and the only prospect for American identity appears to be marrying G which she seems willing and happy to do. At this point, the play takes a hard left turn into melodrama. 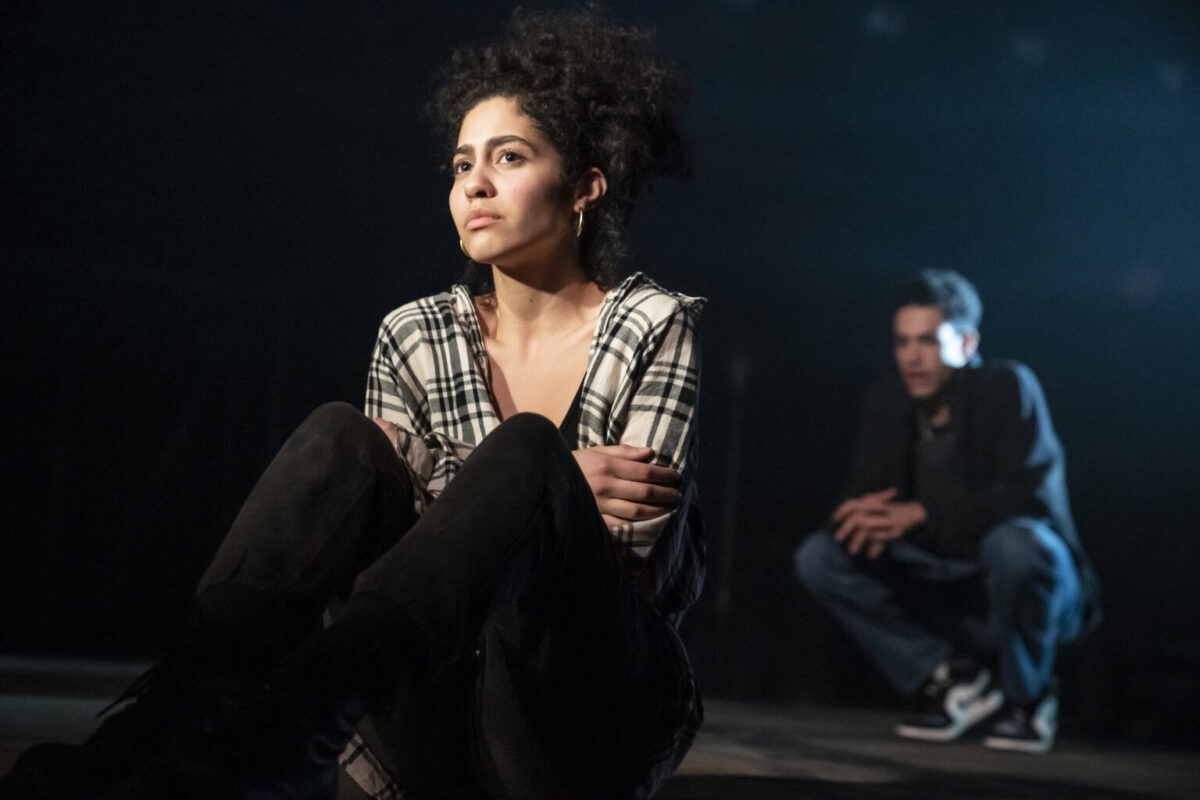 Majok then skips ahead three years and shifts styles and gears in that uninterrupted climactic scene. G has gone to college in Boston and B is working low-wage jobs. As they attempt to resume their arrangement, there is a new player named Henry (a sturdy Austin Smith), who has taken on a vital new role in B’s life. Why he is given a full name rather than a letter like the other two is unclear. Perhaps because he is American born, unlike the other two and Majok is making a point about B and G being forced into anonymity? Without spoiling the “surprise,” Henry’s relationship to B is fairly obvious, though it seems to come out of left field. This development comes across as a playwright’s device to create tension rather than a natural outgrowth of the characters’ lives. Kudos, though, to Smith for creating a believable and rich characterization in such a short space, especially when the play had been so completely occupied by the blazing performances of Chase-Owens and Cruz.

Not only does Majok turn sudsy and forced here, but she hits us over the head with relevance. The three yell at each other about the Dreamers Act and marriage equality like panelists on a cable news roundtable whereas the previous action had such a vital, raw quality. It’s a pity that Sanctuary City is so uneven, but the first two-thirds are a bracing examination of the disenfranchised and a warm welcome back to live theater in an intimate venue.