The CDC gave six digits
to each of the infected
to track without using names.
Kimberly 242284, David 158093
One more digit and it could have been
a phone number.
But it wasn’t a phone number,
it was a code, keeping
confidentiality while exposing
the most intimate of details.
David sat with Dr. Carol Ciesielski,
CDC medical epidemiologist,
and shared answers freely:
the precautions he took,
his diagnoses,
his parents moving in,
his sexuality,
and let them draw vials
of his infected blood.

Actually, David wasn’t sitting
with Ciesielski.
He was in bed, dying.
The virus killing Kimberly
was killing him too.
In a CDC report
next to his number is a note,
the dentist reported
Kimberly’s extractions
were a simple procedure,
30
no impaction,
just a pull of the pliers.

158093 didn’t recall
any times he had injured
himself while practicing
or putting anyone at risk.
Under that number is
another dentist’s note
about Acer’s files,
“impressed with the
level of documentation.”

Indelible ink on skin declares passionate love, loss, heartbreak, devotion to one’s mother, military service, a penchant for selfdecoration. At their worst, tattoos numbered Jews, gypsies, and gays. In the holocaust of AIDS, William F. Buckley Jr. suggested tattooing the infected. To serve as a warning, like cautionary tape, road flairs, or traffic cones. March 18, 1986. I wonder if David read the New York Times that day. Set down his morning cup of coffee, pulled up the right sleeve of his robe and looked at his bare forearm. Wondering what might one day appear on his freckled skin.

The grandmother had
bowel surgery in the early ’80s,
had a blood transfusion, had
a history of hepatitis,
lymphadenopathy, and herpes—
autoimmune conditions.
All complications of HIV.
These occurred before she saw you.
Before you put on gloves,
asked her to open, injected Novocaine, told
her to floss and use fluoride toothpaste.
This grandmother sued,
blamed you, and
won the settlement.

In 1990 a young HIV-positive woman in Florida claimed

In 1990 a young HIV-positive woman in Florida claimed she
was a virgin and that her infection came from her gay, dying
dentist. The media believed her, seven others came forward,
and a monster was born.

Kimberly testified to
Congress, “I did
nothing wrong . . .
My life has been taken away.”
Then in a videoed deposition:
Q: Has anybody ever performed oral sex on you?
A: Yes.
Q: Was there more than one episode?
A: Yes.
She didn’t do anything wrong.
She did with that man, with other men,
what lovers do, she explored the
pleasures of the body. The clit has more nerve
endings than a fingertip.

She did what David had done, what
Barbara, John, Sherry, Lisa, and Richard
had done. They were alive and bright
and loveable and sexy, and they
shared of themselves, of their bodies what
the Lord, the gym, or genetics had given them,
with someone else or many others.

Nothing they
had done was wrong,
and the life
they knew
was taken
from them 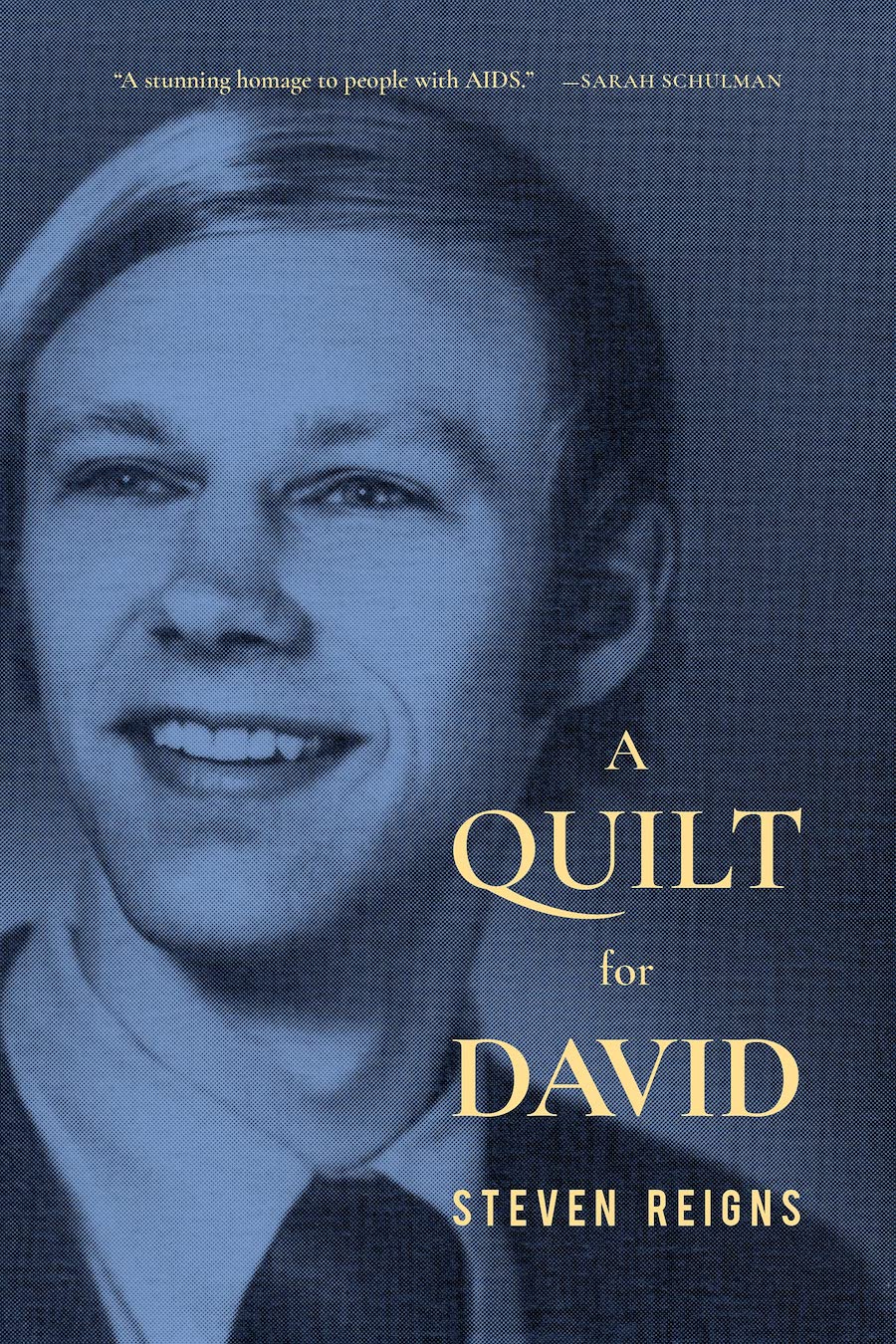 Purchase A Quilt for David by Steven Reigns

Steven Reigns, Los Angeles poet and educator, was appointed the first Poet Laureate of West Hollywood. He has two previous collections, Inheritance and Your Dead Body is My Welcome Mat, and over a dozen chapbooks. Reigns edited My Life is Poetry, showcasing his students' work from the first-ever autobiographical poetry workshop for LGBTQ seniors. Reigns has lectured and taught writing workshops around the country to LGBTQ youth and people living with HIV. He worked for a decade as an HIV test counselor in Florida and Los Angeles. Currently he is touring The Gay Rub, an exhibition of rubbings from LGBTQ landmarks around the world, and has a private practice as a psychotherapist. He lives in West Hollywood, CA.

1
Tags:
Previous Article
A Quilt for David: Scapegoating in the Time of AIDS
Next Article
Hannah Schultz: Two Poems