On a frozen bay with inches of snow, a Russian ballerina deigns to dance Swan Lake in below freezing temperatures. Now an online sensation, the live performance was an unusual plea to Russian President Vladimir Putin to stop the destruction of the bay where the video was shot. While it isn’t known if Putin paid attention, the world certainly has with the performance garnering international newspaper, television and online coverage that reached far beyond the ballet world.

Ilmira Bagrautinova, a corps de ballet member of Russia’s fabled Mariinsky Ballet, decided to don the feathered head piece, classical tutu, tights, toes shoes and dance in -15 celsius (5F) temperature snow hoping this might bring attention to petition efforts by local residents and ecologists. The petition asks the Russian President to intervene to stop the destruction of the Barareinaya Bay where she danced on its frozen surface.

After broadcast by the BBC and coverage ranging from Reuters to Yahoo, Instagram and YouTube, her performance and the petition have become an international sensation. While Bagrautinova did not set out to become an eco-protester, she has drawn attention to the potential destruction of a Russian coastal area not far from St. Petersburg  that welcomed beachgoers in the summer, sleighs in the winter, provided habitat for several endangered seals, and nesting grounds for swans. She wanted to do something to help when her memory of the nesting swans became the inspiration to dance Swan Lake on that frozen surface. 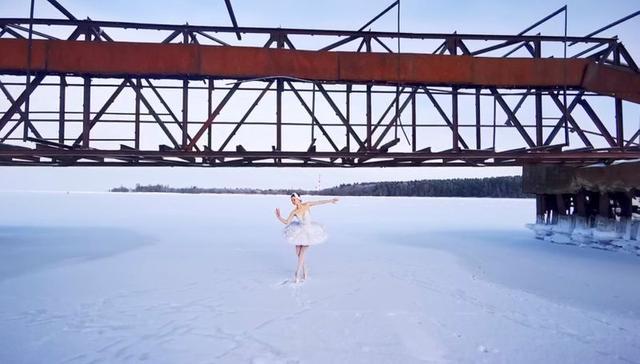 The dancer, local residents, and ecologists are seeking Putin’s intervention to stop a company the British newspapers identified as The Baltic Grain Company.  The company obtained a ten year lease on land at the bay with announced plans to spend half a billion dollars to turn the bay into a large industrial port for cargo ships and build giant storage facilities for grain storage and shipping. Bloomberg News identified The Baltic Grain Company as owned in turn by the Sodruzhestvo Group of Companies whose website described itself as an “international agro-industrial Group based in Luxembourg, which has strong presence in Northern, Central and Eastern Europes, the Mediterranean, Middle East, and Latin America.” 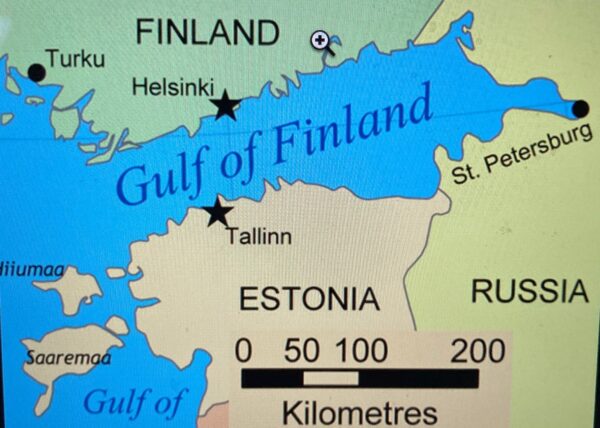 The Gulf of Finland

Nestled at the eastern edge of the Baltic Sea, the Gulf of Finland touches Finland to the North with the southern coast shared by Russia with Estonia to the west. The pending port construction being protested is part of ongoing Russian industrialization to compensate for the loss of half of its ports with the breakdown of the Soviet Union and East European countries like Estonia moving into the European Community. The construction of new ports in the Russian part of the Baltic Sea and the modernization of the port of St. Petersburg have become a government priorities. Construction of new port complexes is especially active in areas like the Gulf of Finland with its geographic potential to aid Russia’s ambitions for an expanded transport corridor between Russia and Europe. 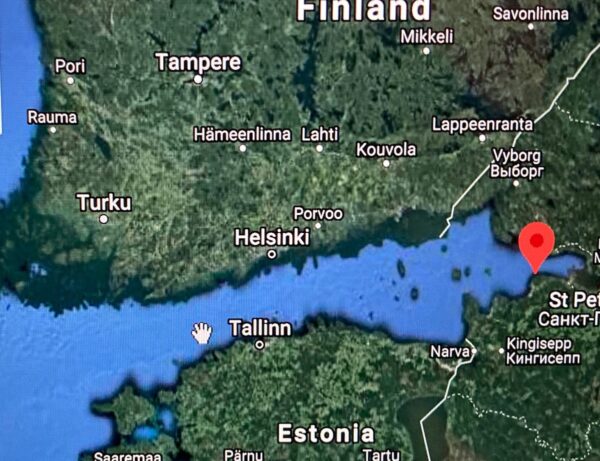 It is too early to measure whether the media attention to this snowbound ballet will help the effort to save Barareinaya Bay, but curiously media efforts to get a response from The Baltic Grain Company or Sodruzhestvo Group, its international agro-industrial owner, consistently were met with stunning silence. Like the Swan Queen in the ballet who was unaware of the consequences when she defied the evil wizard Von Rothbart, this ballerina could not have known she may have danced into international agro-industrial interests and Russian economic ambitions that may prove colder than the snow.

See the original BBC story and the video at https://www.bbc.com/news/av/world-europe-56300514.

Tags:
Previous Article
A Review of Jen Karetnick’s The Burning Where the Breath Used to Be
Next Article
Poets on Craft: Gloria Mindock and Lori Desrosiers