Terence Hill is the stage name of the Italian actor born Mario Girotti in Venice Italy, known for westerns like Mi chiamano Trinità (They Call Me Trinity, 1970) with Bud Spencer and Il mio nome è Nessuno (My Name Is Nobody, 1973) with Henry Fonda. 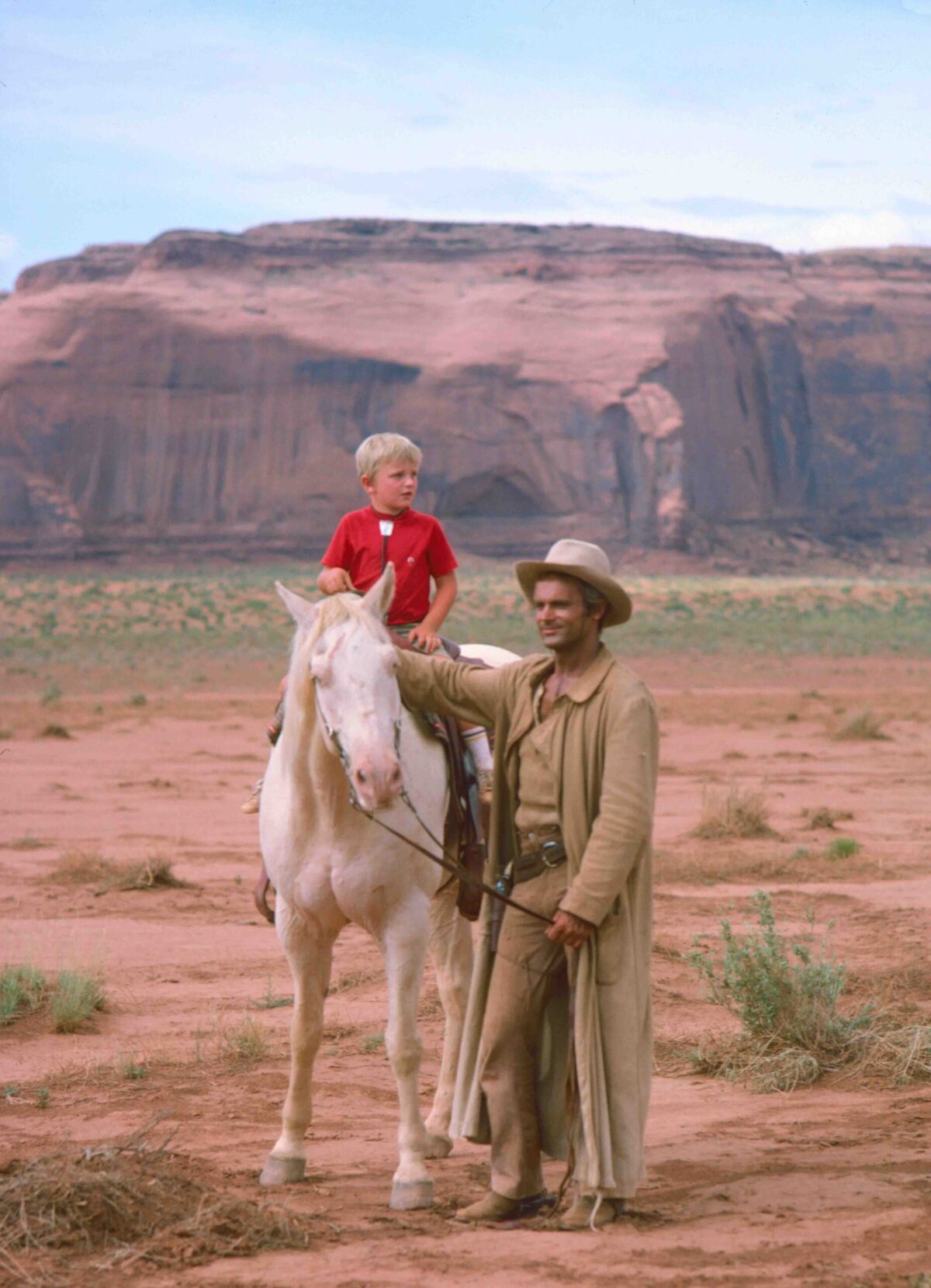 I first met Hill in July 1975 in Arizona, where he was shooting the comedy western Un genio due compari e un pollo (A Genius, Two Partners and a Dupe) by Damiano Damiani. It was exciting to join my friend Gabriella Belloni, who was working as assistant director, in glorious Monument Valley, the location of many classic westerns directed by John Ford starting with Stagecoach (1939). 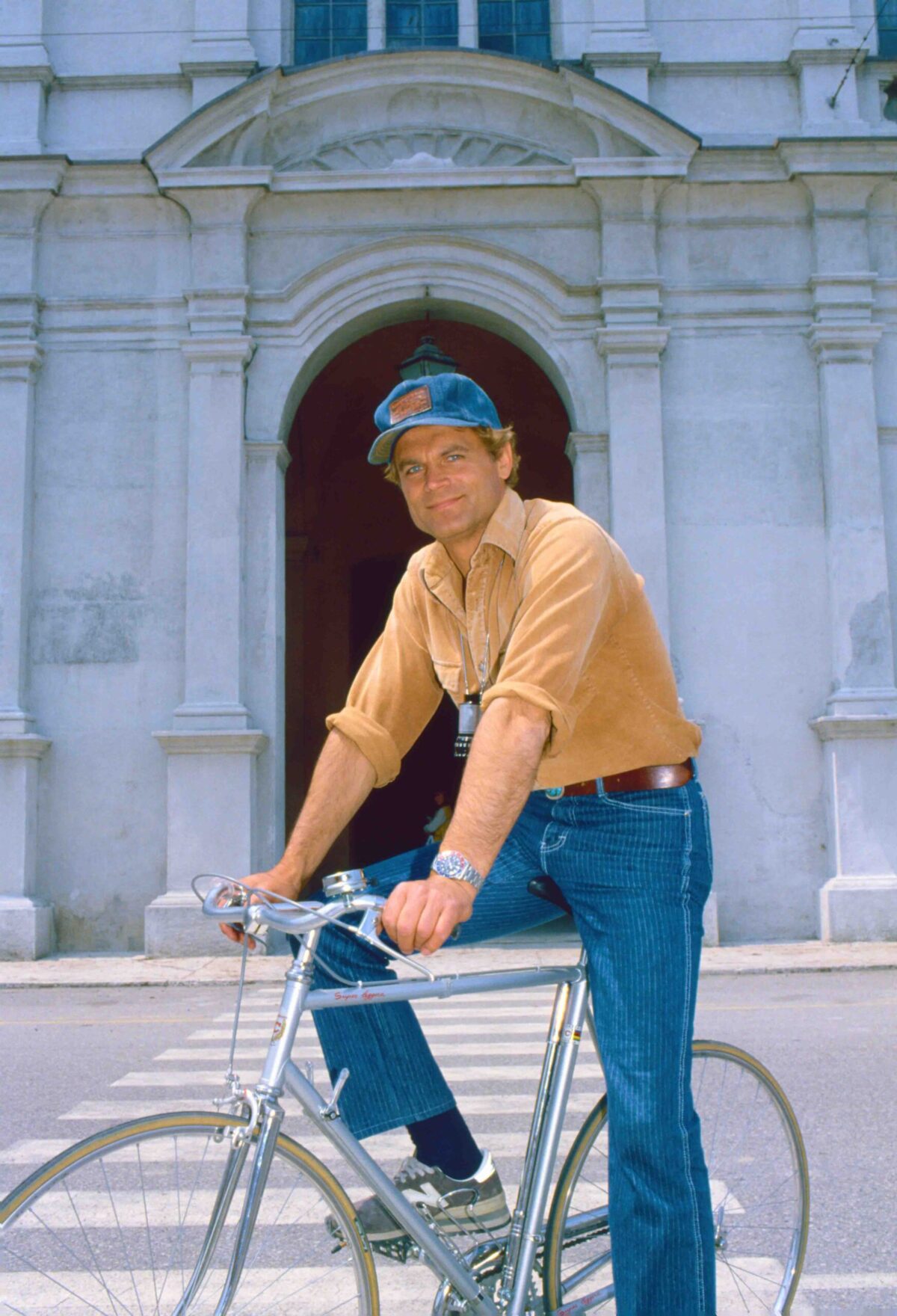 Years later, during an extended stay in Italy in 1983, I had the opportunity of photographing Hill and interviewing him on the set of a movie he was directing, Don Camillo (The World of Don Camillo). 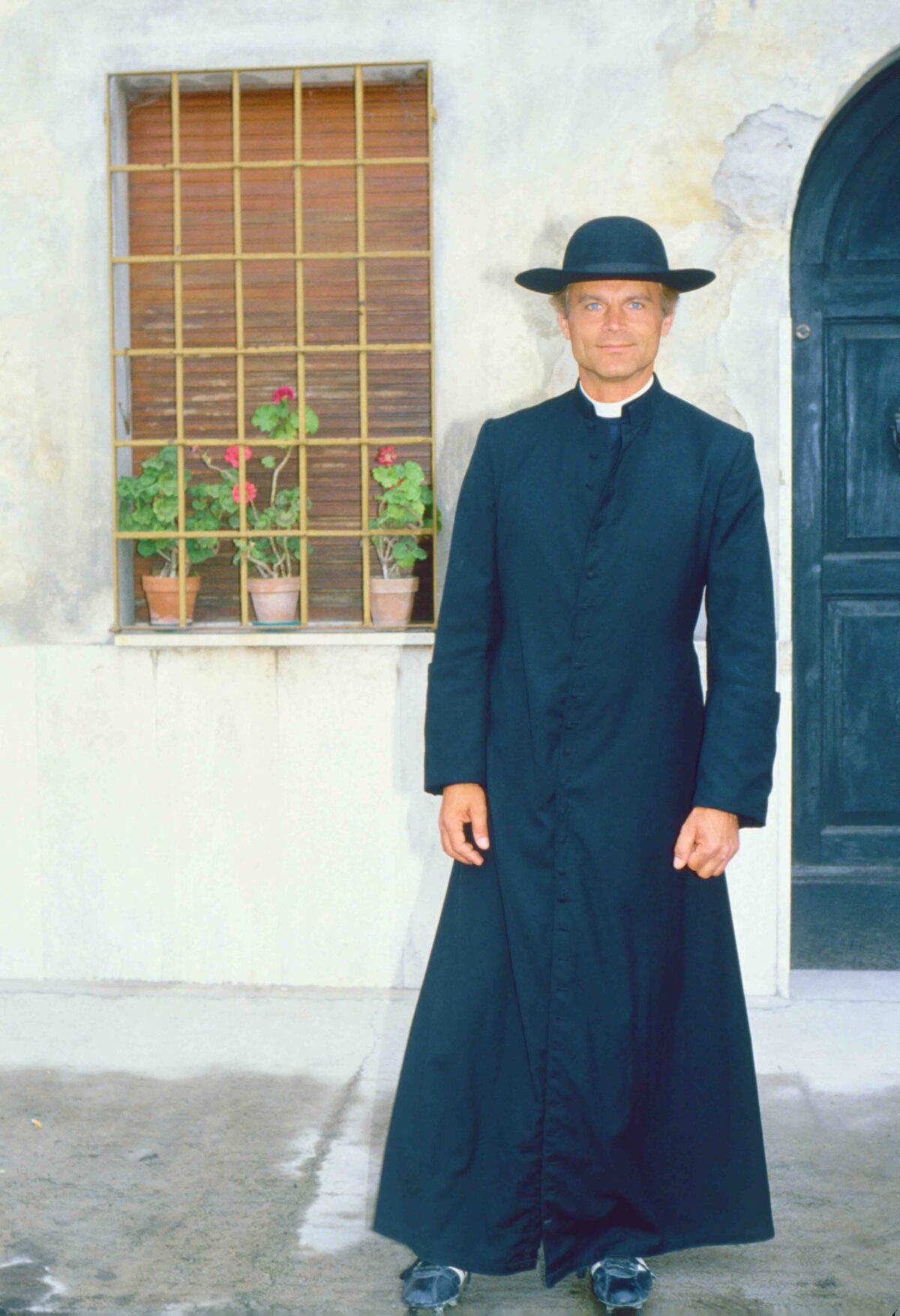 He was also playing the Catholic priest of a small town near Parma, Pomponesco, locked into a constant battle with the Communist mayor Peppone (Colin Blakely). This rivalry is familiar to Italians of my generation, because it was created by Giovannino Guareschi in the late 1940s and 50s for a series of short stories, that were made into movies in the 1950s with Fernandel as Don Camillo and Gino Cervi as Peppone. The first one was titled in English Little World of Don Camillo (1952) 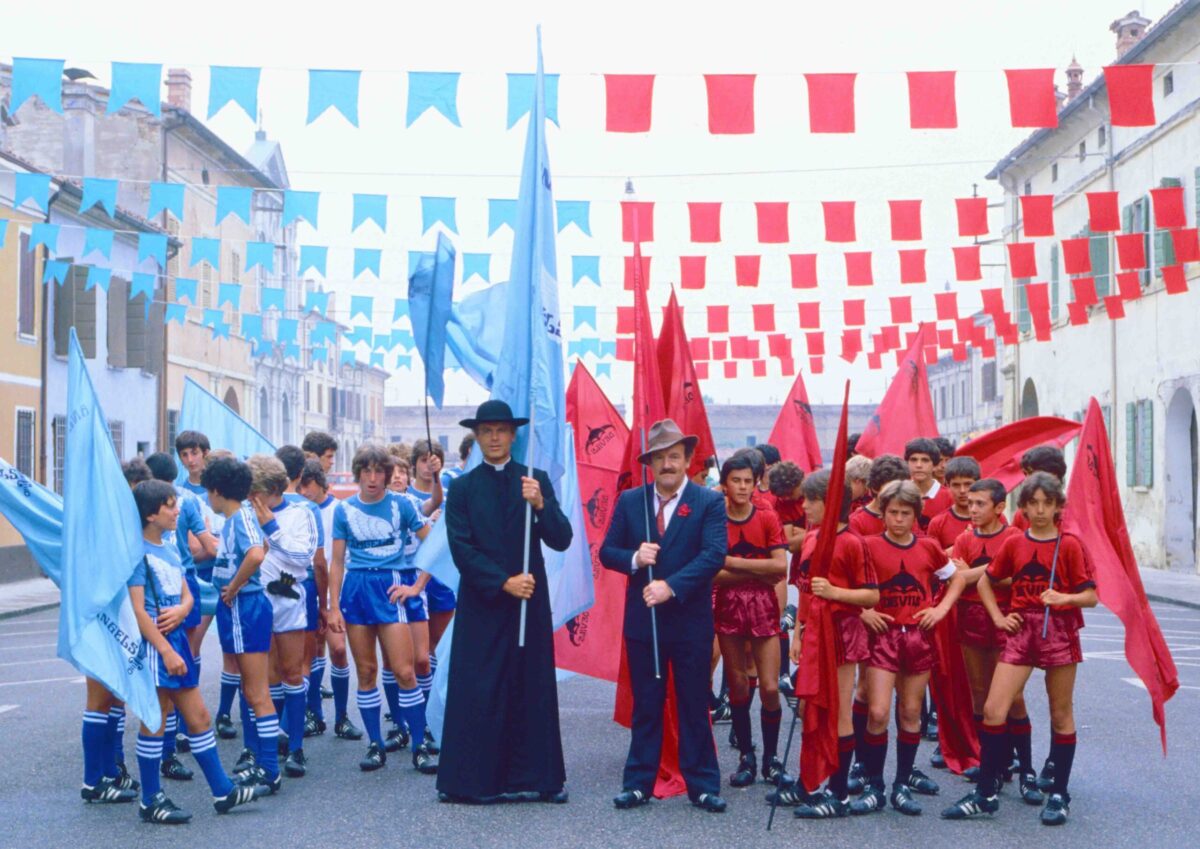 The opposing political views of the Christian Democrats and the Communist Party were on full display in post-World War II Italy, after both factions had fought as Partisans and claimed victory over Mussolini’s Fascists, who supported Hitler and the invasion of Northern Italy by the German army. Being raised Catholic in Modena, a city in the same region of Emilia Romagna, which has traditionally been governed by the Communist Party, I eventually understood, once I became politically aware and active at 18, that both ideologies held conservative social values.

As a feminist I was delighted when, in the 1976 elections, which I covered as a photo-journalist, I was able to vote for the Radical Party, supporter of the rights of women and gays. See my coverage at this link. 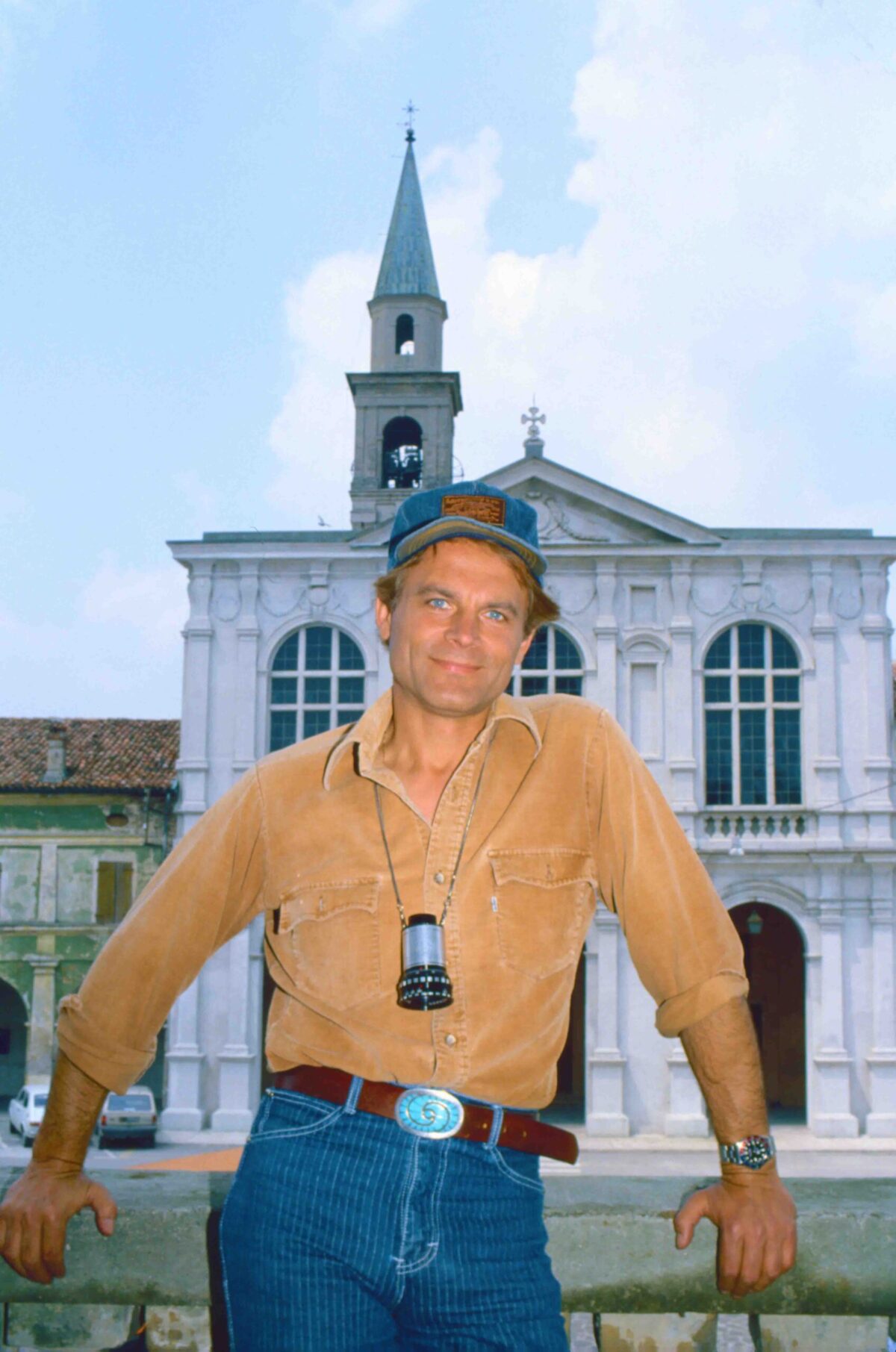 Terence Hill said: “We felt that young audiences could identify better with today’s situations, so we picked from the books episodes that were closer to today’s sensibility, but the main characters remain the same, Don Camillo, the parish priest who gets advice from Jesus, and Peppone, the communist mayor who follows Marx’s credo. The two are constantly fighting but they respect each other.” 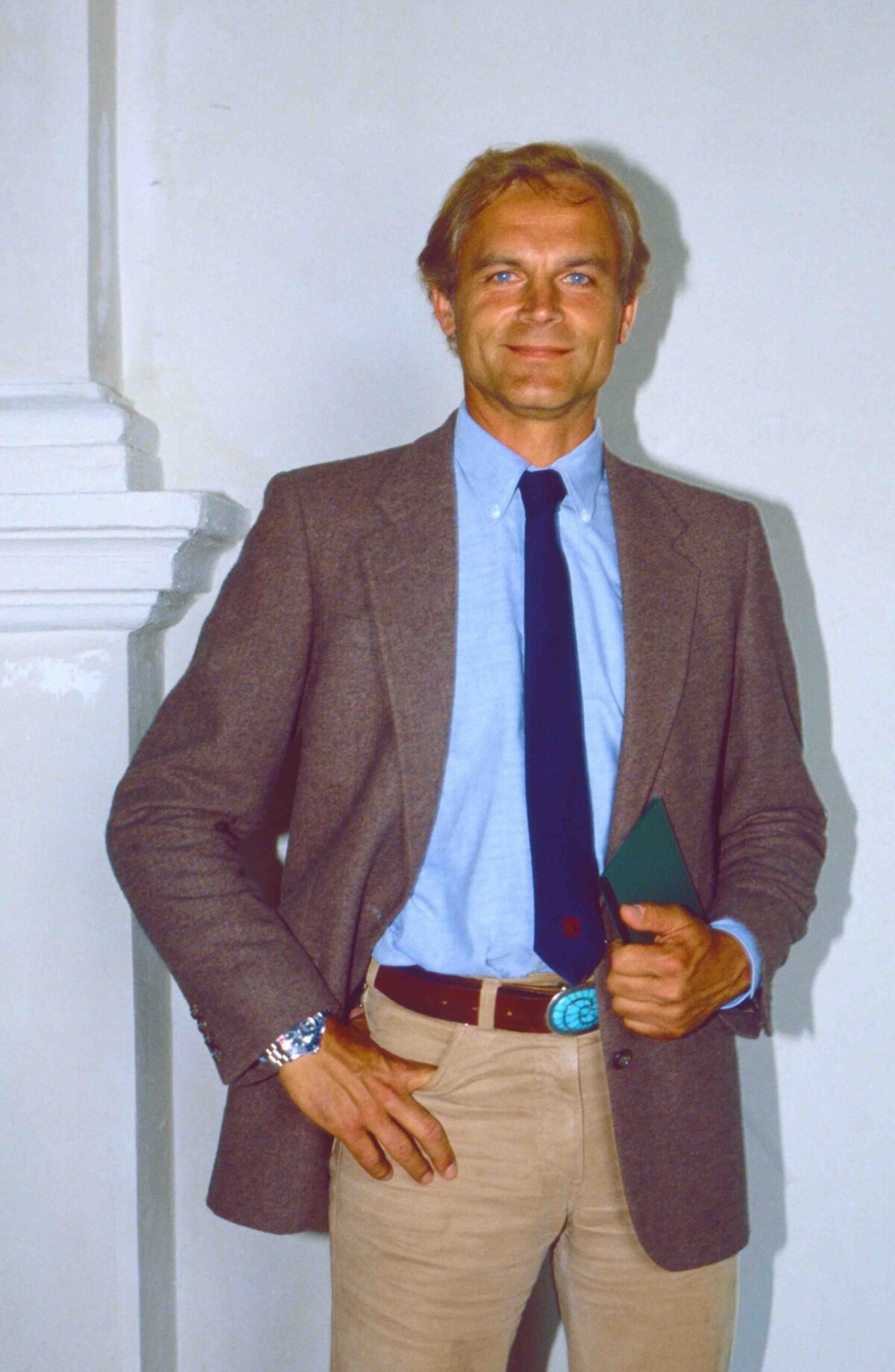 A few days later, I would meet Terence Hill again at Roma’s Cinecittà studios where he was receiving an award. Monica Vitti also received that same Passport to Cinecittà award. Hill is still active today at age 82, acting and directing. Vitti is still with us at 89, but she retired in 1992. 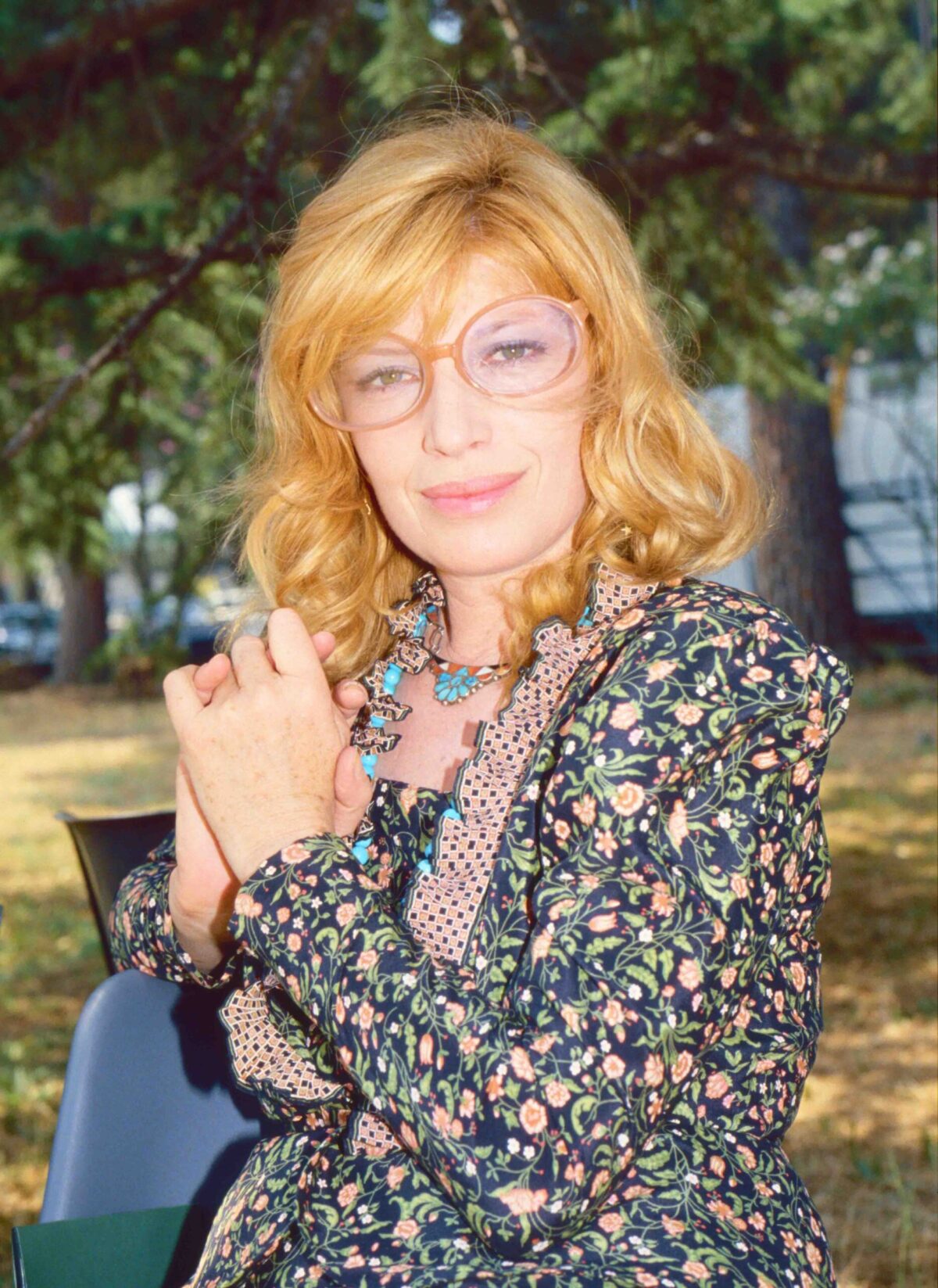 Please read my article about Stefania Sandrelli, and my trip to Europe in 1983.