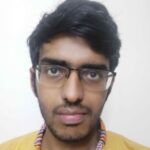 What connects the biggest controversy of WWE and avoiding crowds on the beach?

If you do not know this already, pro-wrestling, including that from the brand called WWE, is scripted. It all happens through a systematic process — just look up these terms from pro-wrestling parlance (in their context) — ‘booking’, ‘jobbing’, ‘kayfabe, ‘screwjob’, ‘breaking character’, ‘heel’, ‘babyface’, ‘push’, ‘selling’, ‘overselling’, ‘underselling’, and most importantly, ‘smark’. To put it bluntly, wrestling, unless it’s from amateur sporting events as The Olympics (which seem boring to most general audiences anyway), is almost always fake.

The core tenet of pro-wrestling is that the outcome is fixed, as are the finishing (whether by a clean pinfall, a submission, a cheapshot, inability to compete, a distracted or biased referee, an interference or weapon-based disqualification, or any of the umpteen possibilities) and the match durations more or less. Often, the key turning points are also pre-stipulated. The moves employed to achieve those ends convincingly in the eyes of audiences is mostly the sole prerogative of the wrestlers, spare the finishers and signatures, where the writing board retains some say. Moves and the physical execution of the match are often rehearsed and determined by the mutual understanding and coordination of both or all participants. The referee, under the pretext of heeding to a wrestler’s word, or pretending to check on their ability to continue conveys instructions, and pointers, such as suggesting a mid-match modification, although an outcome change is quite rare. The participants in the ring are entitled, as a set, to dictate the flow of the match and steer its course convincingly, pleasingly, thrillingly, and captivatingly to the predetermined fashion of culmination.

The Montreal Screwjob was a controversy attributed to an allegedly unscripted mid-match change. At the 1997 Survivor Series, a PPV of WWF (today WWE), Shawn Michaels defeated Bret Hart in his home country of Canada, apparently shocking him into submitting by deploying his own signature move, the Sharpshooter. At the time, Hart was a legend, with an illustrious career of 13 years with the WWF. He had signed a contract with WWF’s archrival promotion WCW, and a reigning champion walking off with the championship to your tooth-and-nail rival isn’t the most conducive of things to your ego, reputation, and even public image. However, Hart wasn’t ready to lose the title to Michaels even immediately before leaving WWF for a rival brand. For one, he was a legend, and then he and Michaels had a had a long-running ongoing feud both on-screen and off it. Losing to your archrival, that too in his home country? No way! Vince thought the same — losing your champion to the archrival, that too with your championship? Not till the day that he would become a responsible employer, which is basically never!

McMahon, Hart, and Michaels came to a mutual agreement that the match would end in a disqualification, and thus result in Hart retaining the title, which he would lose or forfeit at a later date. However, McMahon decided, without informing Hart, that the latter would lose the match. As the match was in full swing, the referee Earl Hebner, under direct and explicit instructions from McMahon, ended the match as Michaels had the Sharpshooter locked in on Hart, despite the latter not having submitted. Michaels was thus declared the new WWF World Heavyweight Champion. In wake of the submission, once Bret Hart gathered himself and his mental and emotional bearings, he visibly vented his surprise, outrage, and frustration, even using his finger to trace “WCW” in the air. He had broken the Fourth Wall. The Canadian crowd erupted with fury.

A consensus could never be arrived with various wrestling experts and industry insiders, including critics, former wrestlers, referees, bookers, managers and even Hart, Michaels, McMahon, and Hebner often giving mutually different or even contradictory statements. The incident featured in newspaper articles, biographies, and documentaries. The controversy snowballed and gathered so much momentum that lengthy clarifications had to be issued on part of all participants and its discussion would persist for years. It would be an entire decade before the incident would fade from public memory. Even today, it is widely contested as to what was planned and what wasn’t.

As they say, no controversy is detrimental to popularity, notwithstanding whether it is positive or negative. Betraying a character before their home crowd was a break from established norms, and might have been of shock value, providing WWE with piqued interests in further shows in order to know what happened – plain yet effective melodrama tactics.

Now consider these potential scenarios of successively diminishing probabilities. McMahon wanted the audience to believe that wrestling was real, while Hart’s intense reaction to the screwjob incident, particularly his expression of surprise and meta-rebuke both in-ring and outside gave away the guise, much to the chagrin of McMahon. So the first case is, McMahon wants you to keep believing that his wrestling is real, while the screwjob exposed that it’s fake. Now, some consider that Bret Hart was “in on” all of this, and a deal had already been made for him to keep acting so. Hart was supposed to feign his lack of knowledge and vocally express his outrage at this supposed “betrayal” that was preordained. If it were so, McMahon wanted you to believe that the screwjob was unplanned when it was in fact planned, in order to gain popularity from controversy. Moving up another layer, it might have been that Bret Hart didn’t actually know and was indeed betrayed, but the rumour that Bret Hart was playing along was planted by McMahon in order to save his repute as a promoter. So it could be that McMahon actually wanted you to think that he thinks that you think that the screwjob was real, or in other words, believes that you believe that he believes that you believe the screwjob to be real. We could take it to another level but that would be improbable and incomprehensible to say the least.

Let us now take another example to illustrate this better. You are planning to go to the beach this week. You hate crowds and want some relaxation in seclusion unmarred by human presence, and some uninterrupted views of the horizon during Sunset. Your initial thought is to visit it on a holiday. But then you realise everyone would be thinking the same thing. You decide to go on a working day, an unexpected time, mid-week. But you again step in their shoes and realise they would all share your apprehension too. So everyone else would have thought of avoiding crowds too, simultaneously, and hence would plan their visit on a holiday. Now, you metacognise once again, and realise that others might be thinking that others might be thinking that others might be thinking to visit on a holiday. So now you make up your mind to visit on the mid-week working day. This goes on, and on, a veritable polarity-alternating infinite series of nested metacognition. Of course, there are flaws in this argument — everyone is not a rational epistemic agent or an overthinker, people go different levels of meta and seldom cross two, and this disregards a multitude of factors. Nonetheless, it’s an elegant illustration of the fickleness of the thinking mind, potential sociological deadlocks and stalemates, and the complications arising out of interdependence.

There are numerous ways to put it. The arms race is age-old. In Biology, the predators evolve weapons to exploit the weaknesses of the prey. The prey develops defenses to exploit the shortcomings of those weapons. Those weapons further evolve and upgrade to target the drawbacks of those defenses. Those defenses further evolve to capitalise on the pitfalls of those upgrades. The predator’s weaponry evolves even further to exploit the cons of the prey’s defense upgrade, and so on, and so forth this race continues, each party inching into the lead and falling back alternately.

Since the dawn of civilisation, societies have ambitiously strived to codify a comprehensive set of laws. Nonetheless, every set of laws — each rulebook, every constitution, and all scripture have some or the other loophole — be it a wording flaw that can be beautifully exploited, missing a part of the domain, not realising a potential side-effect, or being hypocritical, paradoxical or self-contradictory. Jurists frame the law, criminals, including blue and purple-blooded ones, find a loophole, pry it open wide with their fingers, and exploit it to the fullest. Over time, jurists append an addendum or amend the law to include a provision, sort of a patch over the loophole so that it can’t be exploited. The criminals still find another and exploit it. The jurist again patches up the new hole. It’s akin to a sinking boat in equilibrium. There never are one too many holes to sink it but when you close one, another opens, and the boat stays afloat, albeit constantly bobbing as a soaked, weighted cork.

View Author Archive
Pitamber Kaushik is a columnist, writer, journalist and amateur researcher, who has previously written in over 40 newspapers and outlets in 22 countries.