Barnyard custodian Harry Locker posts aspirational poetry on the outhouse walls. People are homeless, penniless too. Many are starving or close to it. Chocolate squares and corn flakes don’t cut it as dinner. A naked fan dancer swathed in feathers crashes an elite fundraiser on a horse. It makes the front page of a Hearst paper — and a career is born.

Motley events all, predicated on chance when life as we know it goes AWOL. Has the earth fallen off its axis? When moguls go jumping out of windows, can anyone claim that anything makes any sense?

Normally, I’d add more language to the headline, but We Live On says all there is to say. It’s the title chosen by The Actors’ Gang for their most recent offering: a three-part online docudrama based on selections from Studs Terkel’s 1970 book, Hard Times, that chronicles many of the human and subhuman events of America’s Great Depression of the 1930s. 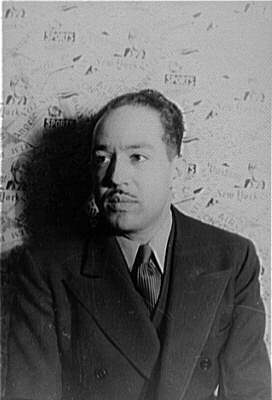 This brainchild of The Actors’ Gang’s founding Artistic Director Tim Robbins, who directed all three parts, is not a conventional play transposed to a screen. No Zoom disappointments here. It’s a mixed-media anthology that uses excerpts of authentic Library of Congress newsreels of the period, plus language from Terkel’s book and added material. That includes monologues written by Robbins and members of the company. Some of them reach into the actors’ own family histories, lending immediacy to the experience and finding sweet surprises on the way.

If We Live On avoids the frequent flatness of Zoom, it has other limitations. Its core reliance on that black-and-white footage from the 1930s means the live actors’ animated full-color monologues remain strictly presentational. That makes it doubtful We Live On could have a future life on stage. It demands the up-close intimacy of a screen to engage the viewer.

Repetitiousness is another though less consequential drawback. While We Live On utilizes the same structural format in all three parts (they can be watched singly or together), the desperate events and crazy stories we see and hear create their own variety. Moods run a gamut from factual and deeply felt to comical and coruscating

So what’s the big deal about We Live On?

Robbins says the idea sprang from his desire to explore the present through the past — and keep his actors busy and involved during Covid lockdowns. It’s not just an entertainment that tells us about our current universe, but also a spectacle that reveals stark changes in our perceptions and behavior.

The memories of those dark days in America (“the land of the so-called free” as one smart-aleck put it) are an education for those willing to be educated.

The evidence is on the screens of We Live On, in the accounts of the women and men who survived them. Some tell about the horrors (there were plenty), but most talk about guts, pride and ingenuity. A defiant humor weaves in and out of the narrative, while the songs of Woody Guthrie and the words of Langston Hughes nail it for us for all time.

Most audacious (and salacious fun) among the stories is that of Sally Rand, an educated woman with a quick mind, who dreamed of following in the great Anna Pavlova’s footsteps as a ballet queen. But life had other plans. Thanks to circumstance and her fearless self, she opened the door to a tantalizing career in burlesque instead, when she made the front pages by riding her horse naked behind her feathers into that absurd fund-raiser.

It’s a tale that tops them all for fun and brazenness. Rand liked to claim she was never out of work “since the day I took my pants off…”

This bit of ribaldry is one way the 1930s can sound oddly (and falsely) appealing. “Winters of the farm, summers on the lake.” Order and fun were the camouflage and, in defiance of reality, some people embraced both. So even as the Depression grew dire, the work ethic remained strong. People helped each other. Taking relief money was seen as a stain on character, the humiliation of admitting that you couldn’t make it on your own.

But it did help the most beleaguered to grow a voice. And after World War II, which united everybody, radical movements gained importance, including that of the farmworkers, with such dedicated avatars as Cesar Chavez and Dolores Huerta emerging as strong leaders.

“Hobos always ready to work, while tramps only worked when forced.” 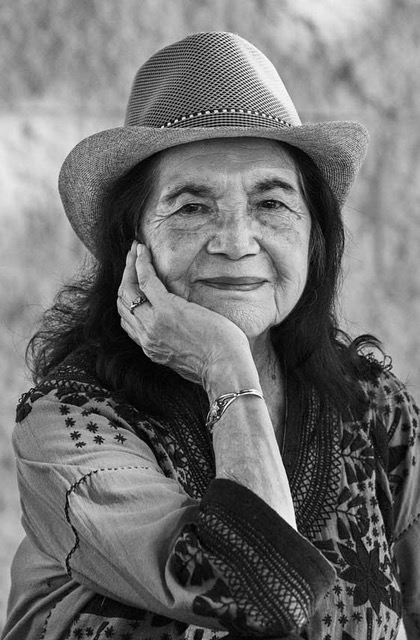 After the teen 2000s, the fractures that emerged in American politics turned the once functional Congress into an acrimonious body that speaks through clenched teeth. It also gives the tragedies of the Depression an unearned glow, in part because they belong to such a distant past. “Social Media, has accelerated the division of lockdown,” says Robbins. “It’s easy to hate when you’re seated at a computer. There’s no dialogue or humility.” 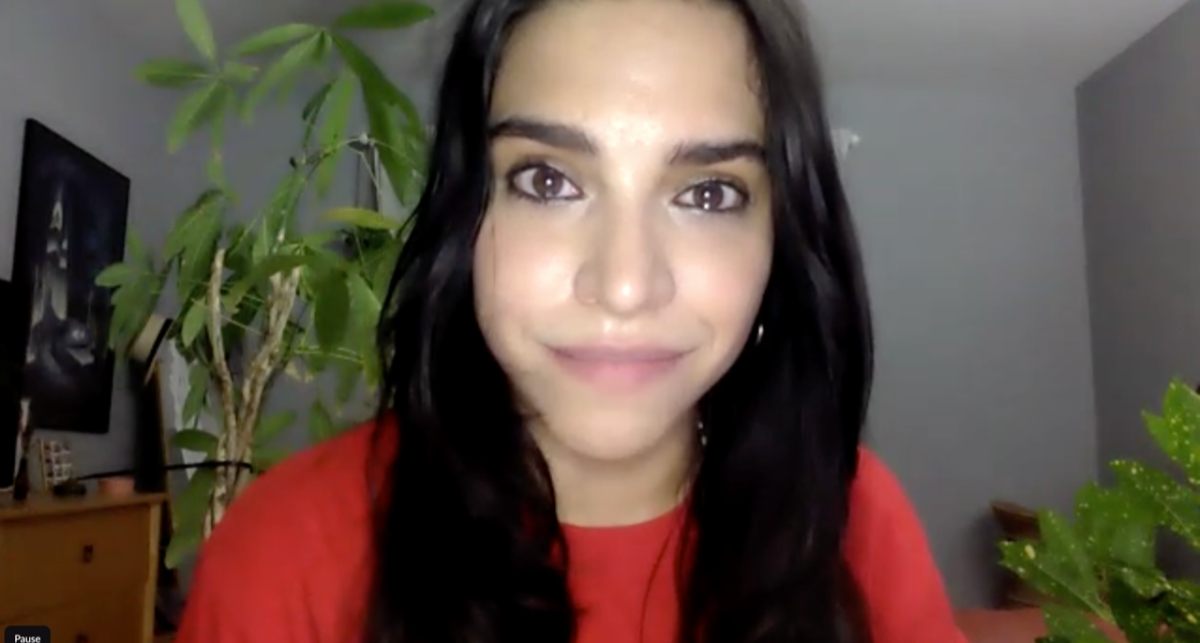 The final images of We Live On are unequivocally given over to shots of today’s homeless encampments and rows of cars in search of help from food banks. They match up well with the Great Depression snapshots of the demoralized stares of scruffy parents and children with nothing to do and nowhere to go in a country “unevenly flowing with money…”

Seems like we’re more or less back where we started from.

WHAT: WE LIVE ON

A Live Virtual World Premiere, based on Hard Times the 1970 book by Studs Terkel, published by The New Press, with additional text by Tim Robbins & the cast.

WHEN: Now through Saturday, Sept. 4.

Performed in Three Parts. Note: Each performance stands as a complete experience. A viewing of the integral production is recommended.

All performances are “Pay What You Can,” tickets available online at www.TheActorsGang.com or by phone at 310-838-4264.

Featured image: WE LIVE ON, artwork by Lincoln Agnew.