When the Light in the Tunnel is a Chandelier

An outdoor, pop-up stage hosts the premiere of Heidi Duckler Dance’s The Chandelier. Originally slated for premiere at this venue in Spring 2020, that live performance first was postponed, then cancelled with the extended pandemic shutdown. Undeterred, choreographer Duckler and her band of dancers, musicians, and actors transformed the work into a zoomed distillation and then a filmed version. These adaptations allowed work to continue, helping to refine and polish ideas Duckler drew from Brazilian author Clarice Lispector’s novel with the same title. Lispector’s tale focused on a family grappling with a world of unalterable impermanence, fitting issues HDD unexpectedly had to confront, and now with this performance, have overcome. At The Wallis, Promenade Terrace, 9390 N. Santa Monica Blvd., Beverly Hills, Thurs-Sun., Aug. 12–15, 8 p.m., $50. The Wallis. 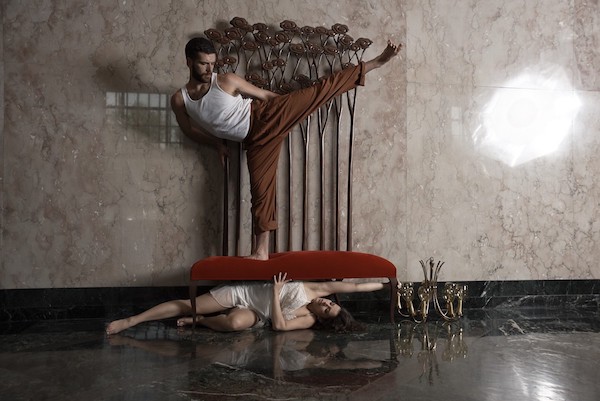 Heidi Duckler Dance, The Chandelier. Photo courtesy of the artists.

A series of “activation performances” with dancer/choreographer Jessica Emmanuel are inspired by and incorporate parts of the Tumblehood, the 2015 spherical sculpture crafted by Nari Wood out of sneakers and shoelaces. Emmanuel began these performances in June, took a break in July, and now has resumed. At Jeffrey Deitch, 925 N. Orange Dr., Hollywood; Saturdays thru Aug. 21, hourly from 11:30 a.m. to 5:30 p.m., free. Jeffrey Deitch. 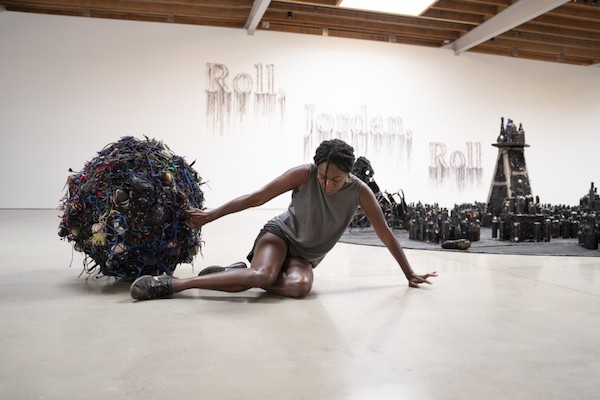 The audience has a chance to get into the action in a live concert and filming as LA Dance Moves collaborates with filmmaker/composer Frederick Keeve in in Back to the Heart. The plan, as announced by LADM director Nancy Paradis, involves Keeve on piano providing live, improvised music as the dancers perform and embellish the choreography. Also scheduled is a duet with Elise Filo and Chasen Greenwood that pays tribute to Keeve’s music and is scheduled for submission to upcoming dance festivals. Dancers also include Michelle Lebowski, Hannah Fontaine Barr, Damara Titmus, and Akem Harrison. At the Performing Arts Center Black Box Filming Studio, 7735 Sepulveda Blvd., Van Nuys; Sat., Aug. 7, 2:30 p.m., $75. Info and preview at LA Dance Moves. Tickets (presale only) & Covid safety protocols info at Brown Paper Tickets. 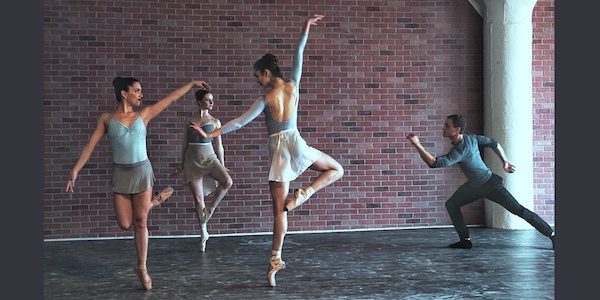 In the Soussou language of Guinea, “dembaya” means family and Le Ballet Dembaya translates as the dance of the family. The dancers and drummers of this group draw their percussive programs from West Africa and African-American culture for this free event, part of LA Soundscapes. At The Ford, 2580 Cahuenga Blvd. East, Hollywood; Sun., Aug. 8, 10 a.m., free. The Ford

Choreographer and prison reform activist Suchi Branfman brings an encore showing of her powerful film Undanced Dances Through Prison Walls During a Pandemic. As part of a five year residency at a medium security prison, Branfman involved inmates in weekly sessions of dance and choreography. With the Covid–19 shutdown, plans shifted from live sessions to inmates submitting choreographic ideas in writing. Branfman turned the ideas over to five choreographers who had all worked with Branfman in the pre-pandemic prison sessions to translate those written choreographic ideas into movement that was filmed with narration provided by several former inmates. This online event includes a 40-minute screening accompanied by a choreographic exploration with Branfman and Tom Tsai, a filmmaker and one of the choreographers involved in the project. Sun., Aug. 1, 11:59 a.m., $5 -$35 (but no one turned away.) Info and registration at Pieter Performance Space. 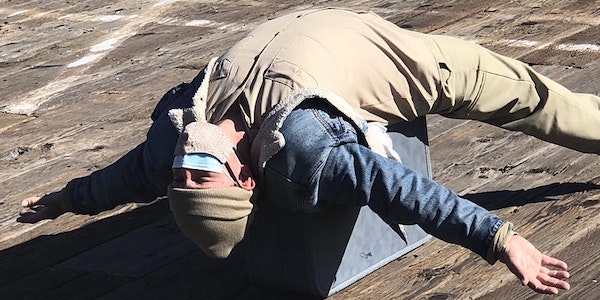 Suchi Branfman’s “Undanced Dances Through Prison Walls During a Pandemic.” Photo courtesy of the artist.

Organizer James MahKween sees the livestreamed variety arts showcase F.E.M. (Feminine Energy Magnified) as a celebration of feminine energy and pushback to toxic masculinity. Dancers have been recruited as well as with singers, poets, actors, and musicians.  The event is a prequel and fundraiser for a larger production addressing these themes, prospectively titled CAT CALL I’m Not Yours to Call. F.E.M. livestreamed, Sat., Aug. 7, 4:30 p.m. PDT, $5-$10. Tickets at MahKweenMethod@gmail.com. Livestream opens 30 min. before show on Instagram and Facebook. 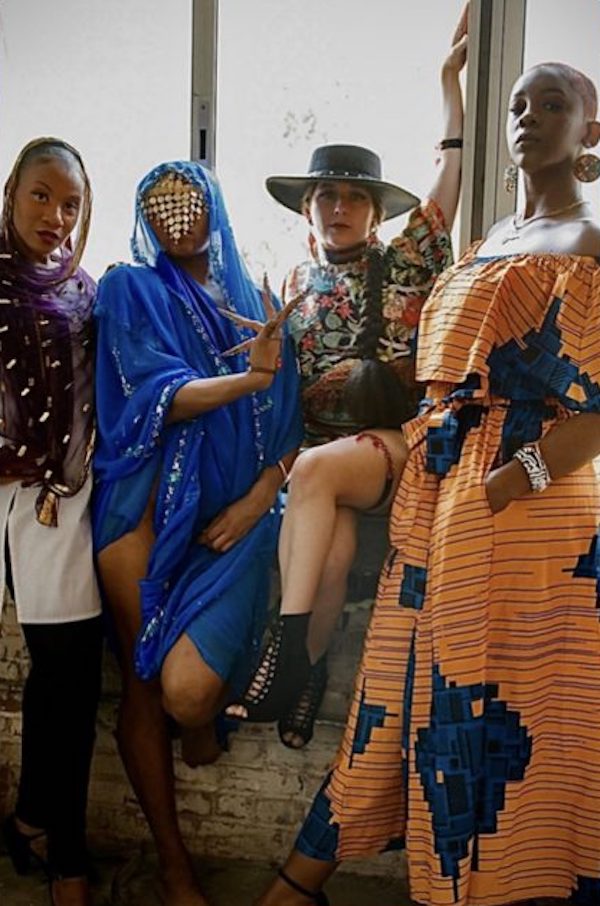 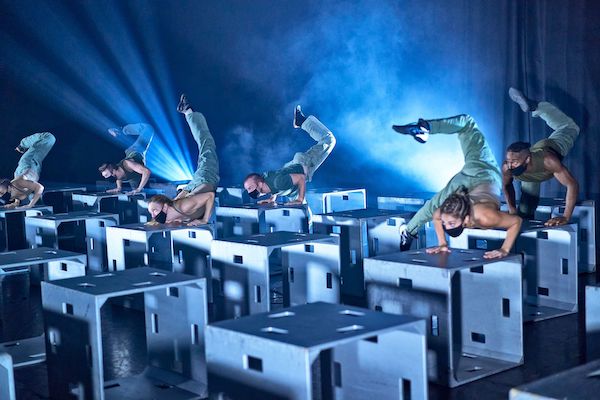 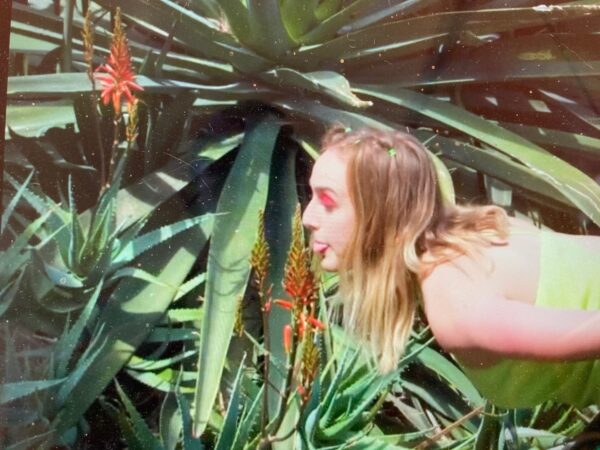 Inspired by often overlooked histories of Black, Native and LatinX people in Santa Monica, Suárez Dance Theater produced three short films under the banner Mapping Our Stories with each film set in a public space with cultural significance. Choreographer/performer Bernard Brown of bbmoves moved from the landmark 1909 church that was first to serve the African American Community to the site of “Inkwell Beach” where Blacks and Browns were restricted in segregated California beaches. Acknowledging her Chumash and Tongva Nations heritage, poet/songwriter Jessa Calderon’s film starts overlooking the ocean from Tongva Park. The history of the Westside Classics Car Club is commemorated by Primera Generación Dance Collective (PGDC) and its members Alfonso Cervera, Rosa Rodriguez-Frazier, Irvin Manuel Gonzalez, and Patricia “Patty” Huerta. Each film has resources for further exploration and continue to screen for free at Bernard Brown/bbmoves’s “…at leisure…,” Jessa Calderon’s “Before the Noise,” Primera Generación Dance Colletive’s “low riting”